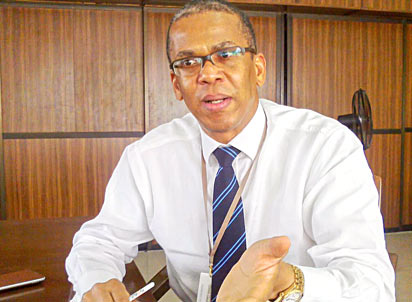 Delta Central Senatorial candidate of the All Progressive Congress (APC) Olorogun Ede Dafinone has called on electorates to vote for all the candidates of the party from the presidential to the state House of Assembly in next year general elections.

Olorogun Dafinone made the call on Wednesday evening while inaugurating his campaign committee for 2023 election, engaging over seven thousand persons.

According to Dafinone “We recognize that the election will be won at the unit. I expect all my campaign teams to work for the victory of the party for all positions” adding that the party have become a formidable party, positioned to take over Delta State come 2023.

Dafinone who praised the Deputy Senate President, Ovie Omo-Agege and APC founding father in the state  Olorogun Tega Emerhor for their efforts in  unifying the party and positioning it stronger.

Speaking at the event, the House Of Rep member representing Ughelli Federal Constituency, Hon Ejiroghene Waive, called on Urhobos to vote for a competent representation, adding that they should not vote for those that will sleep at the Senate.

Delta Central Chairman of the party, Chief Paulinus Akpeki while addressing the campaign committee called on Deltans to vote rightly insisting APC will take over the state next year.

“Today, Omo-Agege sits down and he is comfortable that someone is going to take over from him. Ovie has done well and we are bringing somebody that can step into his shoes”, he said.

Chief Tuesday Onoge and others who spoke called on the Urhobos to get it right this time saying Dafinone is the best person to take over from Ovie Omo-Agege.

The inauguration which took place at Ughelli was attended by hundreds of Party leaders and faithfuls which include the House of Rep member for Ughelli North/South/Udu federal constituency, Hon Ejiroghene Waive, the State party Chairman, Mr. Omeni Sobotie, the state Publicity secretary of the party and a host of others across the state.