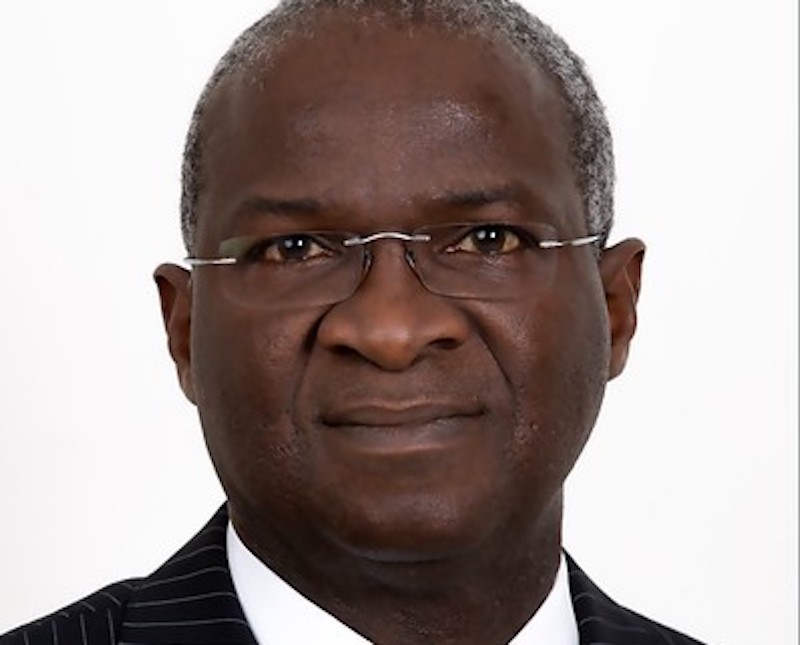 The  Minister of Works and Housing, Mr. Babatunde Fashola (SAN), has proposed that universities should explore consultancy services,  provision of research data, poll results services, among others as alternative funding sources.

Fashola made the remarks  as a panellist at  an event organised by Nigeria’s House of Representatives, held at a National Summit in Abuja, a statement by the Director of Press and Public Relations in the ministry, Blessing Lere-Adams, noted.

The tertiary education summit themed: “Re-imagining Tertiary Education in Nigeria: Issues, Challenges and Solutions” was held with a view to providing solutions to challenges facing the sector.

Stressing that employees of government-owned institutions who want to be autonomous remain a big issue, Fashola argued that tertiary education is still on the concurrent list , meaning that states and  federal governments can fund education in the country .

Also the statement quoted the Director General , Budget Office of the Federation, Mr. Ben Akabueze as saying that: ‘’There has to be  sustainable funding for tertiary education”, noting that, “We cant continue with the current system because it is not working and it is not sustainable.”

Prof. Uduak Ekpo of the Department of Education Administration and Planning ,University of Calabar, remarked that government should increase funding for tertiary education.

“Budget and allocation for tertiary education should go up instead of going down. Nigeria’s education budget remains among the poorest in Africa.

“If lecturers run  away from their core mandate of academic excellence through research and teaching and go into business, university education will suffer,”  Ekpo said.

Director, Centre for Gender and Women Studies University of Jos , Prof. Irene Agunloye in her remarks said that there was the need to build capacity in the education sector.

“Education is a commodity and if you do not build the capacity of people in the academics, there will not be any headway,“ she stated,   advising that some institutions should be made research universities in order to generate more funding .

Chairman / Chief Executive Officer Channels Media Group, Dr. John Momoh was also quoted to have said that both government and lecturers need to come to an agreement as soon as practicable.

“There is need for the Academic Staff Union of Universities (ASUU) and the federal government to come to agreement till both sides are happy with the negotiation.

The ASUU team led by its current President, Prof. Emmanuel Osodeke, kicked against undue hike in school fees in tertiary institutions, stating that the economic downturn would not allow it.

“The level of poverty in Nigeria would not allow  Nigerian students  to pay increased tuition fees,” he maintained.

Meanwhile, the Permanent Secretary in the Ministry Works and Housing, Bashir  Alkali has stated that the ministry is committed to stemming corrupt practices with the inauguration of the Anti-Corruption and Transparency Unit (ACTU).

Represented by the Director of Human Resources in the Ministry, Abdullahi Aliyu, Alkali who spoke during the inauguration and induction of the new ACTU members, pledged the cooperation of the ministry to the right against corruption.

“We respond to requests for information from anti-corruption promptly and we make sure that we support the activities and programmes of ACTU without delay,” he stated.