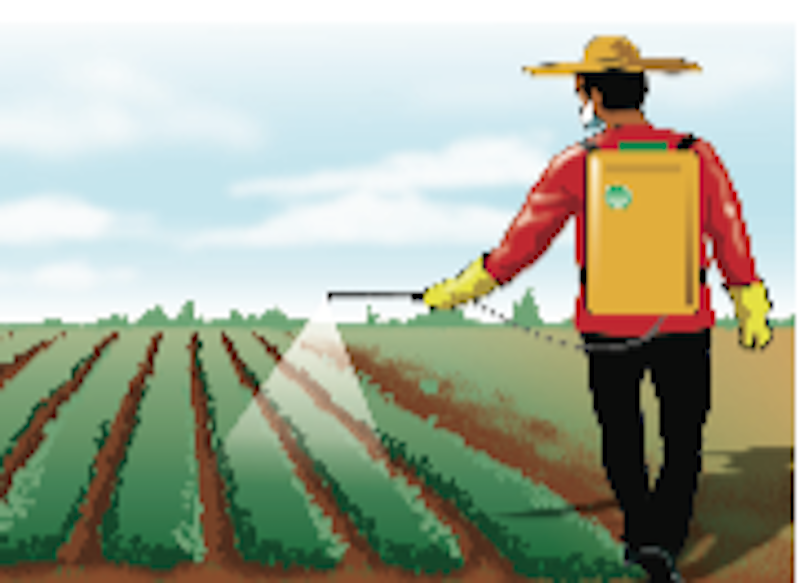 Government should ensure pesticides used by farmers are certified safe

Pesticides are vital to the production of healthy food crop, but they have to be safe and well-regulated for those administering them not to die needlessly. Yet, a new survey has found that about 80 per cent of pesticides used by women in some North central states in the country are highly toxic to humans and require additional regulation. The survey was conducted in Nasarawa, Benue, Plateau, and Abuja by Small Scale Women Farmers Organisation of Nigeria and Alliance for Action on Pesticide in Nigeria (AAPN) with support from a German Green Foundation. A similar report in 2021 by AAPN found that 40 per cent of all the pesticides used in Nigeria had been banned by the European Union (EU) due to high toxicity.

Across all 46 countries in sub-Saharan Africa, the Food and Agriculture Organisation (FAO) of the United Nations has estimated that the use of pesticides increased by 150% between 2006 and 2019, attaining over 100,000 tonnes per year. This level of use has resulted in negative health, environmental and economic consequences in Nigeria and around the world.

Without proper registration of pesticides, or appreciation of their sustainable management and the promotion of safer alternatives, consumption is increasing in Nigeria, even though the health and ecological consequences have long been known. About 40% of the registered pesticides in Nigeria have been withdrawn from the European market, partly due to toxicity, persistence or lack of data. This represents 57 active ingredients in 402 products that are still in use. Some of these, including carbofuran and diazinon, have been found in high levels in green vegetables. Available reports indicate that 65 per cent of the active ingredients (26 out of 40) used by farmers in Nigeria as sampled in field studies are highly hazardous.

Since the global market for pesticides is lucrative, a few well-connected and influential agrochemical companies are expanding their control. At the forefront are European companies like Bayer and BASF. As the largest pesticide export market in the world, EU companies are now investing more in countries like Nigeria, where regulation is lax. Between 2015 and 2019, about 822 pesticides were registered in Nigeria by NAFDAC of which 515, about 63%, are classified as highly hazardous pesticides (HHPs). China had the largest share of 50% (244) in the origin of HHPs followed by India (128). Also, between 2020 and 2021, Glyphosate, a kind of organophosphorus compound, holds the highest share of all imported HHPs (Glyphosate accounts for 67.4% and 53.4% of HHP imports in kilograms and litres respectively). Data obtained confirms that the majority of imported and/or registered pesticides in Nigeria are hazardous. Glyphosate has been enlisted into the PAN list of HHP since 2014. However, it is approved in the EU to be used as an active substance in Plant Protection Products until 15th December 2022.

The federal government should facilitate access to certification services for pesticides in the country. The National Environmental Standards and Regulations Enforcement Agency (NESREA) should immediately gazette the ‘hazardous pesticides chemicals regulation’ finalised by stakeholders two years ago. The Federal Ministry of Agriculture should also finalise the ‘National Organic Agriculture Policy for Nigeria’which has been formulated since 2019. Over and above all, the recent pronouncement by the African Union in the development of organic agriculture in the continent should be implemented at both the national and local level.