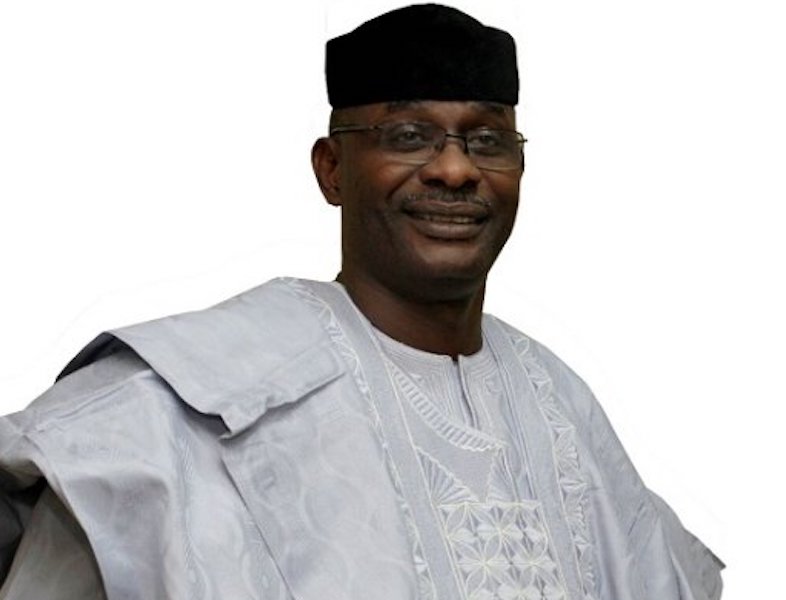 To correct the incidences of dilapidated roads across Nigeria, the Chairman of House of Representatives Committee on Federal Road Maintenance Agency (FERMA), Hon. Femi Bamisile, has canvassed for the introduction of weighbridge on all federal highways.

Bamisile, who represents Ekiti South federal constituency II in the Green Chamber, said the  federal government should as a matter of urgency introduce the policy to ameliorate the sufferings of

Nigerians and reduce carnages on roads.

Bamisile said the policy became expedient sequel to the continued destruction of Nigerian roads by heavy and articulated vehicles plying them with excess loads as against the recommended ones, which the roads were originally designed for.

The federal lawmaker stated this in Ado Ekiti yesterday while featuring on a political programme, a platform to interact with the populace.

According to him, “The deplorable condition of roads across Nigeria, especially Ekiti State, is unfortunate,

appalling and regrettable, hence the need for necessary actions to prevent further damages of roads across the country.

“Introduction of weighbridges will ensure strict adherence of truck and other articulated lorry drivers to all rules and regulations guiding loading procedure. The move is to also discourage such drivers from engaging in excess or overloading which in turn affects the durability of the roads and vehicles.

“Weighbridge technique which must be backed with a good legislation will make erring drivers or defaulters to be liable to fine which will also serve as another source of revenue for government to repair damaged roads.”

The former Speaker of Ekiti State House of Assembly explained that though many roads need urgent attention in Nigeria, he blamed the inability of the government to rescue the situation on fund crunch or economic doldrums across the world which Nigeria is not exceptional.

He added: “It is to say the least that the federal and many state governments are gasping to meet some of their responsibilities due to lack of adequate funds for years now, especially since the COVID-19 pandemic, which had destroyed economy globally.”

The chairman, House Committee on FERMA noted that his committee has been up and doing in its over-sight functions, especially in ensuring all Nigerian roads are motorable but the bureaucratic challenge at awarding contracts by the federal government has been hindering the work of the agency.

“For instance, to fix some bad portions on Ado-Aramoko-Ekiti- Efon Alaaye roads, it requires over N2billion, but the approving limit of the managing director of FERMA is about N250million. Therefore, to fix such road, a proposal must be submitted to the Federal Ministry of Works for presentation at the Federal Executive Council meeting for deliberation and subsequent approval.

“There are contractors who are also

creating hardship for Nigerians through sub-standard jobs, hence the need for thorough scrutiny of all intending contractors before the award of contracts,” the lawmaker said.

He added that: “The FERMA committee at the National Assembly during its last meeting had decided to blacklist all the agency contractors whose job cannot last more than  three months after delivery of such roads across the country.

“The development is not to witch-hunt anybody but to ensure every job being embarked upon by the agency is up to specification and to serve Nigerians better.”