Wike: The Big Picture is More Important 49 mins ago

New Coach for Ekong, Kalu, Okoye at Watford 58 mins ago 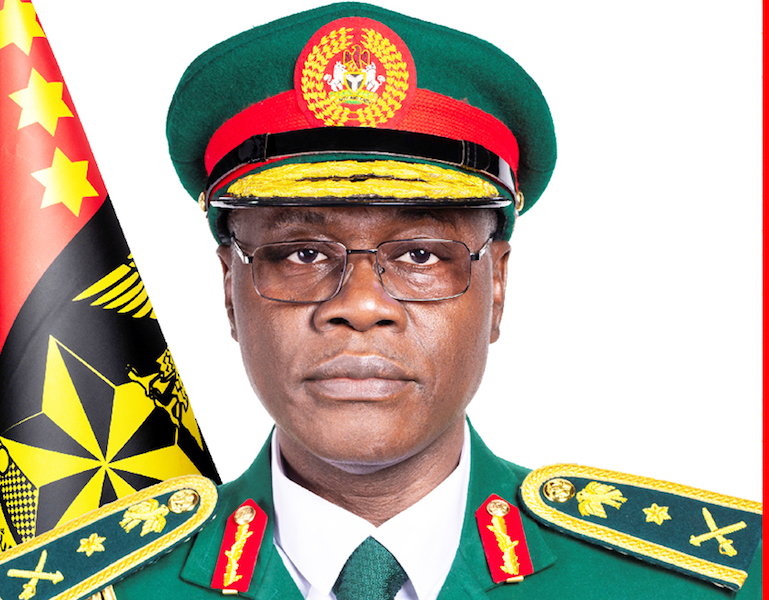 The recent beating to death of a Police Inspector, Monday Orukpe, by soldiers at the Nigerian Army Ojo Cantonment in Lagos was a sad reminder of the unending atrocities committed by security agents against civilians. Ejiofor Alike reports that no civilised army torture and kill policemen and civilians at the slightest provocation like the Nigerian soldiers who feel that they are trained to kill without any consequences

Soldiers at the Ojo Military Cantonment in Lagos recently added the torture and killing of an Inspector serving with the Lagos State Police Command, Monday Orukpe, to the list of atrocities perpetrated against civilians and policemen by the officers and men of the Nigerian Army. Army personnel, especially junior ones, have gained notoriety for unleashing terror against unarmed civilians and policemen at any slightest provocation or opportunity. These soldiers behave as if part of the orientation during their training programmes is to kill policemen and civilians at peacetime without any consequences.

The military authorities appear to give tacit support to the impunity of soldiers as evident in their lack of willingness to punish the erring ones unless the videos and reports of such incident go viral and cause serious public embarrassment to the authorities.

Even in cases where videos and reports went viral, military authorities still shielded their officers and men from criminal prosecution by claiming that they were probing the incident.

It is a common knowledge that nothing was heard of many previous cases after the military authorities had claimed that they had launched investigation to bring the culprits to book, according to the military tradition of disciplining their officers and men.

This apparent backing of impunity by the military authorities has emboldened some soldiers to run amok on the highways, markets, communities, streets and major cities where they manhandle and kill civilians over minor arguments.

In the latest incident, Orukpe, who was abducted alongside another police Inspector, Igbafe Ojo, died at the military hospital on Thursday afternoon, August 4.

He died from the torture he received from Army personnel, who attacked him and his colleagues at the Trade Fair area of Lagos State.

Ojo was hospitalised at a military hospital, where doctors were said to be battling to save his life.

The soldiers were on their way to Ojo Military Cantonment on Wednesday last week when the Army bus conveying them encountered traffic around the Trade Fair area of the Lagos-Badagry Expressway. There was an argument between the soldiers and the policemen. The soldiers beat the police officers to pulp, abducted them and drove them to the nearby Ojo Cantonment where they were further tortured. While Orukpe died, Ojo is still struggling to live, with the help of doctors.

As a confirmation of the backing by military authorities, the immediate past General Officer Commanding (GOC) 81 Division, Nigerian Army, Major General Umar Musa, on Tuesday justified the action of his men when he claimed that the soldiers killed Orukpe because he shot at one of them. The arrogant posture is expected when an accused becomes a judge in his own case.

Speaking while handing over to the new GOC, Major General Obinna Ajunwa, at the Division’s Headquarters on Victoria Island, Lagos State, Musa said preliminary investigations revealed that the police officer shot at the soldier during the altercation. He alleged that the bullet clipped him in the ear but narrowly missed his vital parts.

“The other soldiers reacted to the shot fired by the police officer and this led to their beating the policeman to death,” Musa added.

The Lagos State Police Command has since challenged him to present the soldier allegedly shot by the slain policeman.

According to the command, when the killer-soldiers abducted the two police officers, the third Inspector they attempted to abduct fired a single shot into the air, which forced the soldiers to retreat.

In the military’s characteristic manner of investigating itself, the authorities of the 81 Division of the Nigerian Army had earlier issued a statement, through its spokesman, Major Olaniyi Osoba, claiming that they had constituted “a Board of Inquiry to unravel the circumstance surrounding the unfortunate incident.”

The military’s penchant to assume the role of judge in its own case has been the usual tactics to douse tension and bury such incidents under the carpet. The former GOC did not even wait for the conclusion of investigation before he justified the murderous act. However, in a swift response, the Lagos Police Command, through its Public Relations Officer, Benjamin Hundeyin, on Wednesday, insisted that the cops were attacked unprovoked.

“The fact remains that on Wednesday, August 3, 2022, at the Trade Fair area of Lagos State, about 30 Privates of the Nigerian Army attacked five policemen for stopping vehicles along their lane to pave way for a heavy duty truck joining the expressway.

“After the soldiers had brutalised the ASP leading the team, taken out his magazine, and abducted two Inspectors with their rifles, the next Inspector they attempted to attack fired a single shot into the air – an act that made the soldiers retreat.

“The single shot was into the air. At no point was anyone hit. The Lagos State Police Command challenges the Army authorities to present the soldier allegedly shot,” the statement explained.

The statement added that the state police command was awaiting the report of the panel of inquiry set up by the Nigerian Army to investigate the immediate and remote cause of the incident.

The statement also urged the Army to fish out the soldiers behind the murder of Orukpe.

It also asked the Army to return the two AK-47 rifles and three magazines carted away by the soldiers “in line with the pledge made by the Nigerian Army as conveyed by Brigadier General KN Nwoko during a condolence visit to the Commissioner of Police, Lagos State Command, CP Abiodun Alabi.”

Reacting to the killing of her husband and breadwinner of the family, the widow of the slain officer, Mrs. Favour Orukpe, and his family members have demanded justice from the Chief of Army Staff (COAS) and the Inspector-General of Police (IG).

In an interview with the News Agency of Nigeria (NAN) at her residence located in Ijagba area of Obasanjo Farm, Ota in Ogun State, Mrs. Orukpe said that her husband died on duty serving the nation, stressing that the COAS and the IG should not allow his service to the nation be a waste.

“My message to the Chief of Army Staff and the Inspector-General of Police is that I want justice. I want them to take care of my four children, because I can’t do it alone,” she said.

“All I want is justice. My husband should not die in vain. Those involved must be brought to book,” she added.

Similarly, the senior brother to Inspector Orukpe, Mr. Alama Orukpe, also stated that the family was demanding justice from the army and the police authorities for his deceased brother.

He said that they found it difficult to identify his brother’s remains when they visited the mortuary due to the impact of the beating he received from the soldiers.

He added that his head had become bloated due to the beating he received that no one could recognise him.

The Amnesty International has consistently accused the Nigerian Army of torture, extra-judicial killings and other human rights abuses but military authorities have denied these allegations. But despite their denial, evidence of torture and killing of policemen and civilians by soldiers abound. The military authorities have demonstrated through their actions and inactions that they tacitly condone these murderous acts of their officers and men.

The federal government should urgently address this issue by reviewing the rules of engagement of soldiers and their training manuals before their atrocities degenerate into another #EndSARS riots.