No Regret on Decisions Taken over Electoral Matters, Says Ex-A’Ibom REC 1 min ago 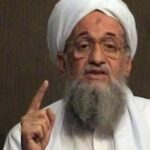 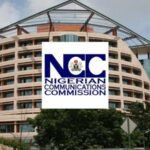 Military service chiefs, at the weekend, warned their personnel to remain apolitical as the nation journeys to the 2023 general election.

The service chiefs also urged their personnel to adhere to operational efficiency and combat readiness, which were  predicated on mental and physical fitness of the armed forces.

Speaking at the Second Quarter Route March organised for personnel of the Nigerian Navy and other security agencies in Abuja, the Chief of the Naval Staff, Vice Admiral Awwal Gambo, said operational efficiency and combat readiness were predicated on mental and physical fitness of the armed forces.

“It is, therefore, pertinent to note that the 2022 Second Quarter Route March is amongst other events aimed at achieving these objectives,” he said.

Speaking at another route march organised by the Nigerian Air Force, the Chief of Air Staff, Air Marshal Oladao Amao, warned personnel to remain apolitical ahead of the 2023 general election.

Air Marshal Amao, who led the route march, spoke on the need for personnel to continue to be vigilant and security conscious and remain apolitical, as the nation approached  another election year.

“While I encourage you all to exercise your franchise, please be guided by the ethics and discipline that has been inculcated in you. You must also continue to foster peace and be law abiding even as you carry out your civic duties,” he said.

Amao said the route march was part of the efforts aimed at continually promoting comradeship and esprit de corps among personnel as well as physical and combat fitness with a view to enhancing NAF operational readiness.

He further said it was a military tradition practiced worldwide and aimed at ensuring NAF officers, airmen and civilian staff were physically fit in order to handle the rigours and stress associated with their daily tasks and responsibilities.