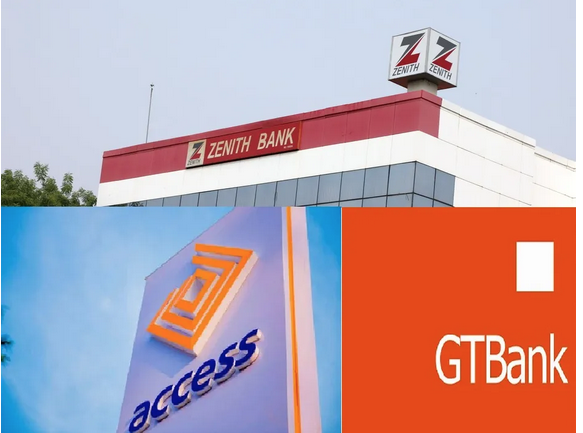 Despite the challenging operating environment, a total of 13 Nigerian banks grew their gross earnings by 25 per cent in the first quarter (Q1) ended March 31, 2022, THISDAY findings revealed.

With the increase in gross earnings among improved financial parameters, the PBT of the 13 banks reached N370.25 billion in Q1 2022, representing an increase of 19 per cent over N312.5billion earned in Q1 2021.

Operating as a pan-African bank, ETI and Access Holdings expanded gross earnings in the period under review as the year commenced with great expectations for growth globally on the back of the recovery achieved in 2021.

Commenting, Zenith Bank said the double-digit growth in the topline also spurred its bottom line as the Group recorded an 11 per cent increase in profit before tax, growing from N61 billion in Q1 2021 to N68 billion in Q1 2022.

“Topline growth was mainly driven by the growth in interest income, fees on electronic products and trading income,” Zenith bank explained in a statement.

For UBA, the pan-African bank’s Group Managing Director/Chief Executive Officer, Mr Kennedy Uzoka explained that despite the myriad of economic challenges on the global front which shaped the first three months of the year, the bank’s business model continued to show resilience.

“These challenges among others, he noted include the ongoing crisis between Russia and Ukraine that has resulted in a huge supply shock, pushing up commodity prices; and the hike in the interest rates in most advanced countries aimed at tackling spiralling inflation, sparking capital flow reversal from emerging and frontier markets.”

Uzoka added that, “Notwithstanding these developments, we were able to leverage gains from our large customer base and vast geographical spread to bolster earnings.

“We recorded double-digit growth of 18 percent in our gross earnings to N183.9 billion, with our Nigerian operation raking in 65 percent of the revenue while our operations in other countries accounted for the remainder, showing the diversity in our operations.”

Also, most Tier-2 banks grew gross earnings in the period under review that played critical impact on profit before tax declared.

On its part, Fidelity bank reported N71.33billion in gross earnings in Q1 2022, representing an increase of 29.4 per cent from N55.12billion in Q1 2021 to close the period under review with N10.3billion profit before tax as against N10.13billion reported in prior period.

According to the MD/CEO of Fidelity Bank, Nneka Onyeali-Ikpe, the increase in gross earnings was driven by 44.1per cent  YoY (N19.0billion) growth in total interest and similar income which was attributable to the expansion in earning assets, improved yields on government securities and increased average lending rate.