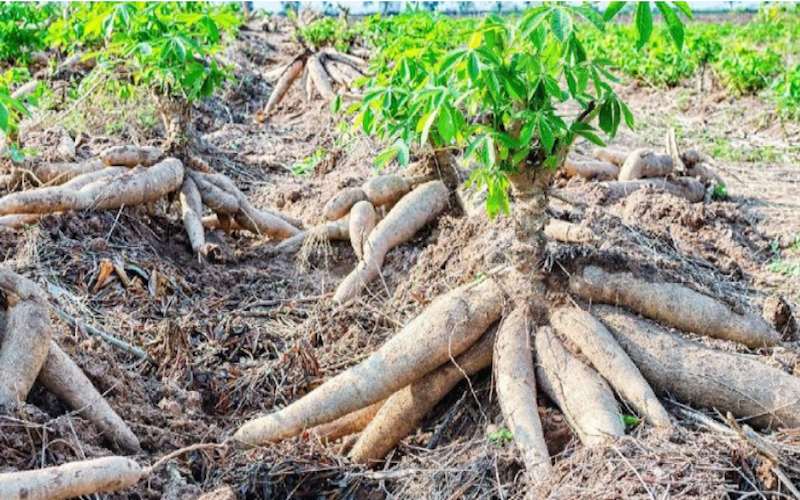 Researchers haves successfully mapped the genome of African cassava, using the TME 204 variety resistant to Cassava Mosaic Disease-2 (CMD-2), which is a significant milestone that would help to advance the breeding of new cassava varieties with greater accuracy.

The move is apt considering that cassava is a vital staple root crop, and almost a billion people worldwide depend on it for food and raw materials.

In Africa, the crop is a major source of livelihood for smallholder farmers and a plug for food security owing to its ability to withstand a wide array of environmental conditions. However, because cassava farming is constrained by weeds, pests, and viral diseases, breeders are concentrating on developing improved varieties.

“The genome has a very high quality and accuracy, and the haplotypes of the heterozygous genome have been resolved with high confidence.  It is now definitively the gold standard genome for African cassava.  Our work has revealed several new and interesting features of the cassava genome that will be of importance for breeders and cassava scientists,” said the Principal Scientist of the Research Team, Prof Wilhelm Gruissem, of the Department of Biology, Institute of Molecular Plant Biology, Swiss Federal Institute of Technology in Zürich (ETH Zurich).

A genome is the complete set of genes or genetic material present in an organism. It included all hereditary instructions for creating and maintaining life, reproduction inclusive. Scientists use genome sequencing to find genes much easier and faster and understand how the genes work together for an organism’s growth and development.

Conventionally, cassava breeders rely on phenotypic features of mature plants, as is typical for clonally propagated crops. This is a major drawback as it takes up to six years to produce enough planting material for multi-location trials. The heterozygous nature of the crop and parental lines used to generate new segregating progenies make it difficult to identify parents with good breeding values.