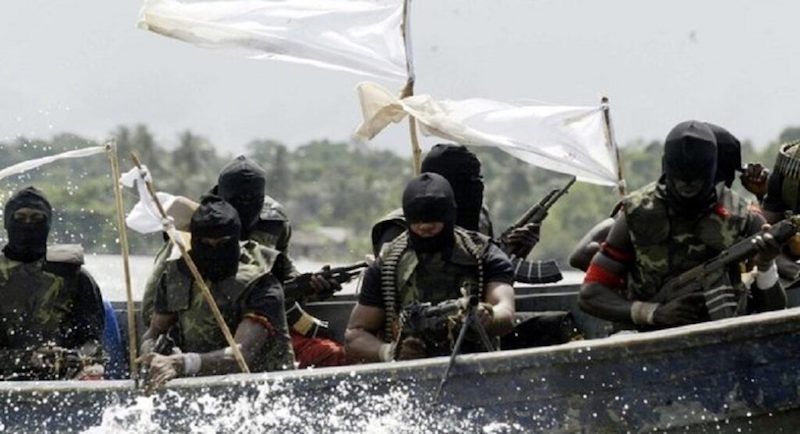 Japanese Ambassador to Nigeria, Kazuyoshi Matsunaga has decried that piracy in the Gulf of Guinea region has continued to discourage foreign investment, hamper international trade and businesses along the corridor.

He said this yesterday, in Abuja, at an occasion where the Martin Luther Agwai International Leadership and Peacekeeping Centre (MLAILPKC) and United Nations Development Programme (UNDP) unveiled a Counter-Piracy and Response in the Gulf of Guinea, a

project was sponsored by the Government of Japan.

Matsunaga said due to the increase in piracy activities and it’s debilitating effect, the Gulf of Guinea had been described as the world’s most challenging piracy zone.

He lamented that piracy in the region had also been a recurrent phenomenon with serious concern to the countries bordering the area and the international community.

The envoy, who was represented by the First Secretary, Tomoyoshi Maehira, said: “The activities of piracy does not only remain a serious threat to trade and businesses of the coastal communities, but also retards the economies of the GoG countries, particularly Nigeria.”

He disclosed that it was against this backdrop that the Government of Japan decided to fund the Regional and National Counter – Piracy Project to ensure peace and stability in the Gulf of Guinea and to boost regional and global trades.

He noted that: “The project is critical to ensuring the security and safety of trades and seafarers and aims to increase international trade, contributing to sustainable development in the region.”

On his part, the Minister of State for Budget and National Planning, Mr. Clement Agba, said the Gulf of Guinea had remained the epicentre of sea criminalities of the years.

Agba, who was represented by the Director, International Cooperation, Dr Lanre Adekanye, said the growing number of criminal activities in the region underscored the need for the project.

He said sea piracy had continued to have adverse effects on economic growth and pose threats to the livelihood of the coastal communities in the Gulf of Guinea.

He commended the government of Japan and the UNDP for funding the project, complementary partnerships and provision of technical support where necessary.

The Deputy Resident Representative, UNDP, Mr. Lealem Dinku, said the region had continued to be a dangerous hotspot area for seafarers with 43 per cent of global reported piracy incidents.

Dinku, who was represented by the Team Lead, Governance, Peace and Security, Matthew Alao, added that all 40 kidnapped crew incidents occurred in the region in the first quarter of 2021.

He said concerted efforts of regional and international Navies, especially the Nigerian Navy, had led to reduction in piracy incidents from 16 in quarter one of 2021 to seven over the same period in 2022.

“In spite of this, piracy and maritime crimes continue to pose serious threats to international trades, the safety of seafarers, and regional and global development.

“The realisation of the economic importance of this maritime route to regional and international trades and businesses prompted the intervention of the Government of Japan, in partnership with UNDP, to fund projects in this area.

“This project is a continuation of the maiden project – ‘Capacity Building on Anti-piracy for MLAILPKC – implemented between March 2021 and March 2022 by MLAILPKC.

“The current project signposts the enduring strong partnership among the Government of Japan, MLAILPKC and UNDP which began in 2014,” he said.