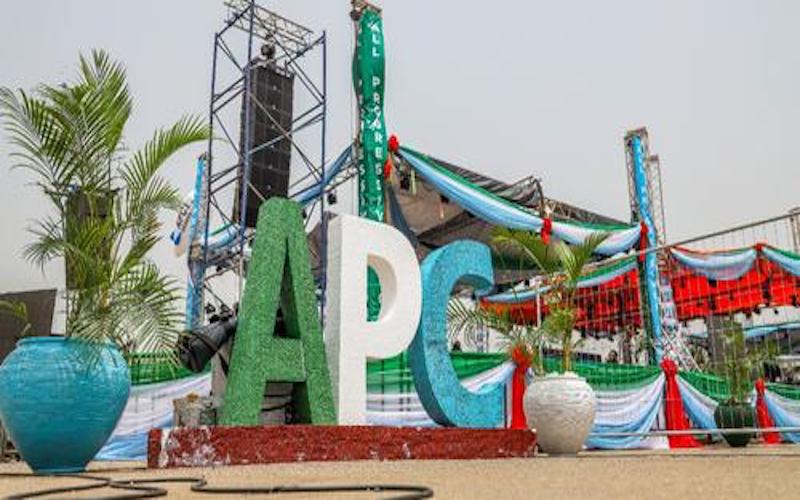 The All Progressives Congress (APC) will today commence activities that will culminate in the nomination of its presidential candidate for the 2023 national elections. Adedayo Akinwale highlights the events leading to the special convention

On March 26, 2022, the former Governor of Nasarawa State, Senator Abdullahi Adamu emerged  as the National Chairman of the All Progressives Congress (APC) after President Muhammadu Buhari anointed him for the position. Adamu, a serving Senator at the time  entered the race very late. Other frontline contestants were persuaded to withdraw their interest, making him the sole candidate, at the end of the day.

The decision of the president to back his candidacy forced other chairmanship aspirants to subsume their ambition due to the respect they have for the president. The chairmanship aspirants that stepped down for  Senator Adamu were; former Governor of Nasarawa state,Senator Tanko Al-Makura, Senator George Akume, Senator Sani Musa, former Governor of Zamfara state, Abdulaziz Yari, Mallam Salihu Mustapha and Muhammed Etsu among others.

Few days after he assumed the leadership of the party,  Adamu said he would commence the probe of the secretariat and directors of the party after the Transition Committee submits its report. He stated categorically that he would like  to know the state of finances of the party.

Following the submission of the report by the Transition Committee, Adamu directed six directors of the party  to proceed on compulsory leave with immediate effect.

The directive was in furtherance of the move by the  National Working Committee (NWC) to  reorganize the National Secretariat of the party.

The State Congress of the APC held in October 2021 recognized Mr. Austin Ekanem as the winner and chairman of the Akwa Ibom APC State Executive.  APC conducted state congresses across the country on  October 16,  2021. In Akwa Ibom, the congress conducted by the seven-member Banki Sheriff-led Election Committee, dispatched by Governor Mai Mala Buni-led Caretaker Committee, produced  Ekanem as chairman, having won the exercise, polling 1,278 votes.

However, in April 2022, Adamu inaugurated Mr. Stephen Ntukekpo as chairman of the party in Akwa Ibom State in defiance to a Court of Appeal order,  asking parties to maintain status quo.

Ntukepo is a member of a faction loyal to former Minister of Niger Delta Affairs, Senator Godswill Akpabio, while Ekanem belongs to the faction loyal to the National Secretary of the defunct Caretaker Extraordinary Convention Planning Committee, Senator John Akpanudoedehe.

But, the Resident Electoral Commissioner of Akwa Ibom State, Mike Igini warned  INEC would not compromise its stance on the sanctity of the processes that birthed the Ekanem-led state executive of the party. One of the chieftains of the party in Akwa Ibom and former Petroleum Minister, Chief Don Etiebet alerted the National Secretariat of the APC to the dire consequences that the Akwa Ibom APC  fiasco may bring on the entire structure of the party nationwide.

A former Minister of Petroleum and a chieftain of APC,  Chief Don Etiebet warned that the party might end up not having a presidential candidate in the national 2023 elections if it allows unqualified delegates to vote in its primary.

Etiebet told journalists in Abuja that there was need for the NWC led by Adamu to address the issue of  valid delegates list from Akwa Ibom.

He described the recently conducted governorship primaries in Akwa Ibom as inconsistent with the provision of Section 84 (1) of the Electoral Act.

Similarly, the Cross River State APC is currently embroiled in a crisis over the sending of “fraudulent” delegates’ lists by the State Working Committee (NWC) to the NWC. In a statement issued by Mr. Francis Ekpenyong on behalf of Cross River Authentic Adhoc National Delegates, he called on Adamu to ignore a ‘fraudulent’ list of the national delegates sent by the SWC.

The party stakeholders pointed out that the state Governor, Prof. Ben Ayade, Hon. Legor Idagbor, Barr. Alphonus Ogar Eba, Sen. Stephen Adi Odey, Dr. Thomas  Aruku, among others did not take part in the National Delegate Election and they can not be delegates from their respective local government areas of Cross River State.

The stakeholders stated: “We make bold to say that the so-called National Delegates lists presented to the party by the State Working Committee members of the party was based on a poorly scripted skit comedy shot by the State Chairman of the party and his co-conspirators.”

The ruling party incurred the wrath of Nigerians when it fixed its presidential nomination form at the rate of N100 million. The party argued that its decision was aimed at ensuring that aspirants who were not serious do not scuttle the party’s electoral process.

Nevertheless, a former Governor of Cross River state, Clement Ebri  condemned the high cost of forms for Expression of Interest and Nomination for elective offices, saying it  vitiates the  principles upon which the party campaigned and was voted into power.

A businessman, Gbenga Olawepo-Hashim, Ihechukwu  Chima, Moses Ayom and Adamu Garba who had previously shown strong interest in contesting for the Number One office in the land on the APC platform  later chickened out after the party announced the sum of N100 million for the form. Announcing his withdrawal from the race in a phrase that may have captured the sentiments of fellow presidential aspirants who bowed out, Olawepo-Hashim said, “My day will come.” However, he has continued to engage the public, politicians and the electoral umpire on prevalent issues in the polity.

The outrageous cost of the presidential nomination form did little or nothing to stop aspirants from purchasing it. Initially, 28 aspirants bought the forms, while 23 submitted.

The President of African Development Bank, Dr. Akinwumi Adesina, former President Goodluck Jonathan, Minister of State for Petroleum, Timpre Sylva, Governor of Central Bank of Nigeria (CBN), Godwin Emefiele and Minister of Labour and Employment, Dr. Chris Ngige were among those who couldn’t brave the odds.

Meanwhile, following the decision of the Independent National Electoral Commission (INEC) to  give political parties a one-week grace to conduct their primaries, the ruling APC  postponed its presidential primary initially scheduled to hold on May 29 and 30 to June 7th and 8th.

Political observers believe that it was the ruling party that arm-twisted INEC to extend the date for the submission of parties’ candidates.

Surprisingly, the ruling party managed to inaugurate its Presidential Screening Committee headed by Chief John Odigie-Oyegun away from the prying eyes of the media.

At the end of the two-days screening, the Committee cleared 13 aspirants, while 10 failed the screening. But the party later overturned the decision of the committee.

The committee in its report  recommended that the ruling party should hold a meeting with all the presidential aspirants with the aim of producing a consensus candidate ahead of the special convention of the party scheduled to hold between June 6th and 8th.

It added, “in the interest of peace within the party, and to achieve peace, the screening committee advises that the party hold a meeting with all the candidates to arrive at a consensus.”

The committee, however, advised that  should any aspirant kick against the consensus arrangement,  the party should proceed to elective primaries in strict compliance with the provisions of the Electoral  Act.

In the suit marked FHC/KN/CS/137/2022 instituted by a former lawmaker, Senator Mas’Ud Doguwa; and two others, Habibu Sani and Biliyaminu Shinkafi, the plaintiffs in an originating summons asked the court to determine if Section 84(8) of the Act actually bars statutory delegates from voting.

Recall that the National Assembly had amended Section 84(8) of the Electoral Act to permit automatic or statutory delegates to vote in primaries.

This was based on the interpretation that Section 84(8) only permits elected delegates from taking part in primaries, but President Muhammadu Buhari refused to sign the amendment.

Delivering judgment in the suit, Justice Abdullahi Liman stated, “That Section 84(8) cannot be interpreted to have excluded statutory delegates from voting at the convention, congress or meeting by virtue of Section 223 of the 1999 Constitution (as amended) and Article 20(iv)(c) of the All Progressives Congress Constitution, which allows statutory delegates to vote at convention, congress or meeting.”

Adamu noted: “I am a lawyer. We have served notice of appeal and the matter is in the court and as far as we are concerned, this convention is concerned, statutory delegates are excluded.”

They said the ruling  APC has a duty to ensure that the 2023 elections offers a nation-building moment, reaffirming that a democratic pathway to power exists for all who value cooperation and build national platforms.

In a matter of hours, the ruling APC will unveil its  is decision presidential candidate for the 2023 national elections.

QUOTE
A former Minister of Petroleum and a chieftain of APC,  Chief Don Etiebet warned that the party might end up not having a presidential candidate in the national 2023 elections if it allows unqualified delegates to vote in its primary