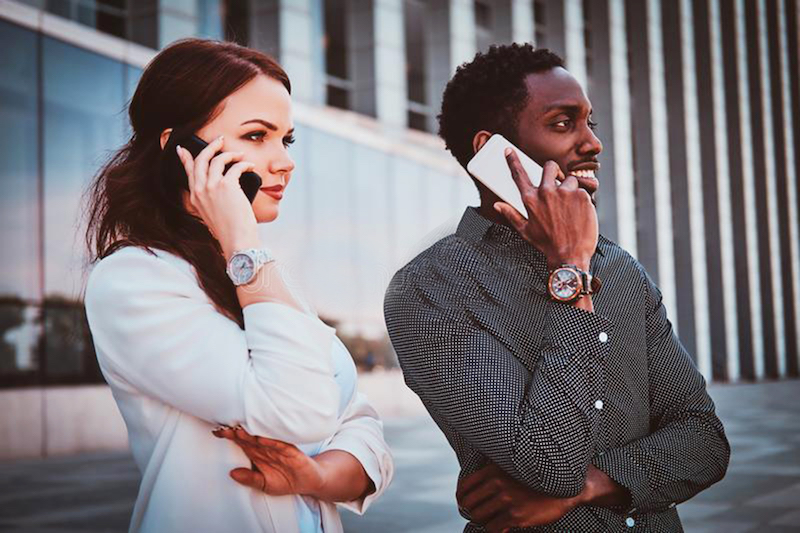 The plan by the federal government to tax all telephone calls by two per cent, in addition to the existing taxes and levies on telecoms operations, has continued to elicit reactions from telecoms subscribers and operators, who have threatened to challenge the federal government in court if the tax is imposed, writes Emma Okonji

Reactions have continued to trail the recent plan by the federal government to impose a two per cent tax on all telephone calls. Telecom service providers and their subscribers stressed the need for the government to consider the implications of imposing another tax on telecom subscribers, different from the five per cent excise tax on telecom consumer goods and the arbitrary telecom levies and taxes emanating from federal government agencies and state governments.

To show the seriousness of their positions, they threatened to challenge the federal government in court, should government refuse to rescind its decision on the two per cent tax on telephone calls.

The two per cent tax, which is the equivalent of a minimum of one kobo per second for phone calls, is part of the sources of funds required to finance free healthcare for the vulnerable group in Nigeria, according to the National Health Insurance Authority Bill 2021 signed by President Muhammadu Buhari penultimate week.

Telecom operators currently charge N4 for SMS and N6.40k per minute for all voice calls that terminate on other networks.

According to the Nigerian Communications Commission (NCC), the telecoms industry regulator, Nigerians made 150.83 billion minutes of calls in 2020, which translates to 9.05 trillion seconds of calls. This means that the planned two per cent tax will generate 9.05 trillion kobo in a year, which is the equivalent of N90.05 billion yearly.

President, National Association of Telecoms Subscribers (NATCOMS), Chief Deolu Ogunbanjo, who reacted to the planned two per cent tax on telephone calls, told THISDAY that telecoms subscribers would resist the new tax, because of its grievous implications on subscribers and the telecom sector.

According to him, the National Health Insurance Authority Bill 2021 was supposed to pass through the first and second reading on the floor of the National Assembly, before it could be sent to President Muhammadu Buhari for signing, but we were surprised to know that President Buhari signed the bill without a public hearing and public input.

“It is absurd to know that a bill, which is dependent on telecommunication levies and taxes, was passed without the input and consent of telecom subscribers, who will be taxed to raise money for the purpose for which the bill was passed and signed into law. We were told that the money that would be realised would be used to fund the national health insurance scheme for vulnerable people.

“One thing that the government has failed to understand is that over 90 per cent of Nigerians are vulnerable, except the politicians and their aids that made up the remaining 10 per cent. So if 90 per cent is vulnerable, why will government task the same people to raise money to take care of them? What informed the government’s decision to depend on taxes from telecom to fund the insurance scheme for the vulnerable?” Ogunbanjo asked.

He said already, that telecom operators were struggling with over 25 different taxes and levies from the federal, state, and local governments, and he questioned the rationale behind the federal government’s motive to impose an additional tax on the telecom sector and still want the sector to survive.

Ogunbanjo further said: “Telecoms services are the only services that the masses are enjoying at the moment and the government wants to use taxes and levies to stifle it. Subscribers are struggling to buy fuel to power their generators that will serve their business and they also buy fuel for their cars, and the cost of fuel has skyrocketed, yet the government wants to increase the burden by an additional two per cent tax on all telephone calls. That will be killing subscribers if you ask me and we are going to resist it at all costs.

He further said: “As long as we are concerned, we were not carried along before the bill was signed into law by President Buhari, which goes to show that the bill was secretly passed into law. For anything that will affect the entire Nigerians, we deserve to be carried along.

The Chairman, Association of Licensed Telecom Operators of Nigeria (ALTON), Gbenga Adebayo, who also spoke to THISDAY in a telephone conversation, said telecoms operators were yet to get any directives from the government to implement such levy, even though the news has spread far and wide that government is about to introduce another tax on telecom operations.

According to Adebayo, “We are yet to receive the official directive, but if it is true that the federal government wants to tax all telephone calls by two per cent, we will be surprised that such tax will be coming at this time. The reason is that when we recently suggested to our regulator to review the current economic indicators that are affecting telecoms business, to increase the cost of telecoms service delivery by 40 per cent, to cushion the economic effect on telecoms operators, the government said it was not an appropriate time to review cost of telecom services delivery, given the difficult times that Nigerians are passing through. So we will be surprised if the same government now comes around to say it is introducing a two per cent tax on telephone calls.”

So if this is true, what is the moral justification to introduce a two per cent tax on telephone calls and expect us to collect such money and remit it to the government, when the government has refused to support our request for the review of the cost of telecom services delivery across networks? Adebayo asked.

“As telecom operators, we think the timing is wrong and we will like the government to look at the current economic indicators, before introducing any tax on telecom operations. The truth is that once the directive is given, we will have no choice but to obey the government directive and implement it to the letter and remit the money to the government, but it will affect telecom subscribers in a very hard way,” Adebayo said.

Not too long, the federal government introduced a five per cent excise tax on telecoms operations, a development that is also causing agitations from telecoms subscribers and telecoms service providers.

Adebayo, while reacting to the five per cent excise tax, told THISDAY that the tax would impact negatively on telecom subscribers, and called on the federal government to tread carefully in introducing another tax on telecom operations.

Aside from taxes, telecom operators are also faced with all manners of levies from federal government agencies, state governments, and local governments across the country.

The telcos warned that they would be forced to commence nationwide disconnection of telecoms services if the issues in Kogi State and other states, including that of the FCT, were not addressed after seven days.

Telecoms infrastructure has come under a deplorable condition in some states, due to the willful destruction of telecoms sites by miscreants, a development that is currently affecting the quality of telecoms services delivery in the affected states’ environments.

Speaking on the state of telecoms infrastructure across networks, Adebayo said: Though we are trying in the area of telecoms infrastructure, the operating environment is very difficult. There is a high cost of doing telecoms business. The cost of diesel has gone so high and it is a major source of energy for telecom operators. InfraCos are struggling to provide telecom infrastructure across states of the federation, and they are faced with strong opposition from miscreants, who continue to destroy telecoms facilities in some states.”