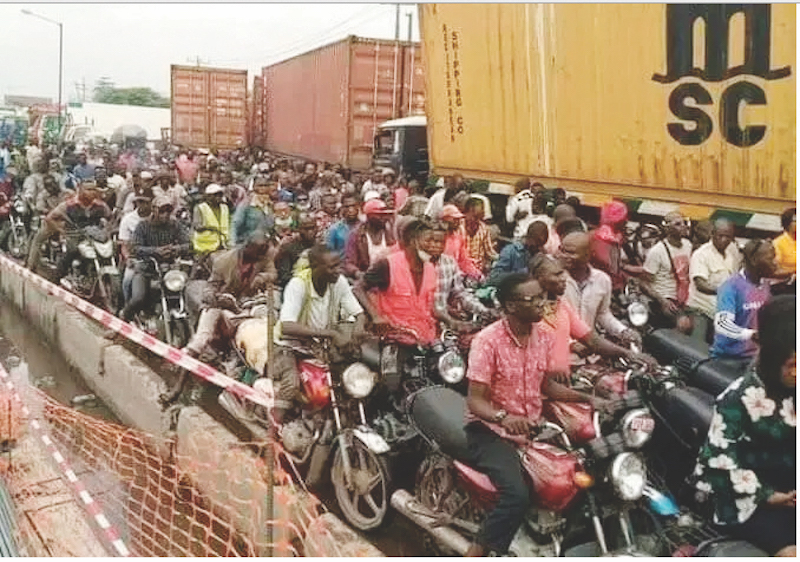 The Lagos State Police Command yesterday disclosed that both commercial motorcycle operators (a.k.a okada) and their passengers would be arrested and prosecuted if they violated the directive of the state banning their operations.

The command revealed the plan in a tweet by its Public Relations Officer, Benjamin Hundeyin in line with the directive of Lagos State Governor, Babajide Sanwo-Olu.

Hundeyin said: “Under the new total ban of motorcycles in six local government areas of Lagos State, passengers and riders alike will be arrested and prosecuted.

“The passenger is an accomplice. Ignorance will not be an excuse!” he tweeted.

Sanwo-Olu had declared a total ban on the operations of commercial motorcycles popularly called Okada, in six Local Governments.

The governor said the fresh Okada ban followed the February 2020 restriction placed on the activities of commercial motorcycles.

Sanwo-Olu said the government took the decision in line with the State’s Transport Sector Reform Law of 2018 to immediately address the chaos and menace created by the operations of Okada in the listed areas.

He told the police to enforce the order without compromise.

He said: “After a critical review of our restriction on Okada activities in the first six Local Government Areas where we restricted them on February 1, we have seen that the menace has not abated.

“We are now directing a total ban on Okada activities across the highways and bridges within these six Local Government and their Local Council Development Areas, effective from June 1.

“This is a phased ban we are embarking on this period, and we expect that within the short while when this ban will be enforced, Okada riders in other places where their activities are yet to be banned can find something else to do.

“We have given the notice now and we expect all commercial motorcycles plying the routes in the listed councils and areas to vacate the highways before enforcement begins. The enforcement will be total.”

The ban came days after Okada riders killed a young man in the Lekki area of Lagos State over N100 balance.

It was learnt that the victim, who was a sound engineer, was lynched and burnt to death after a misunderstanding ensued over the N100 balance with one of the commercial motorcyclists.