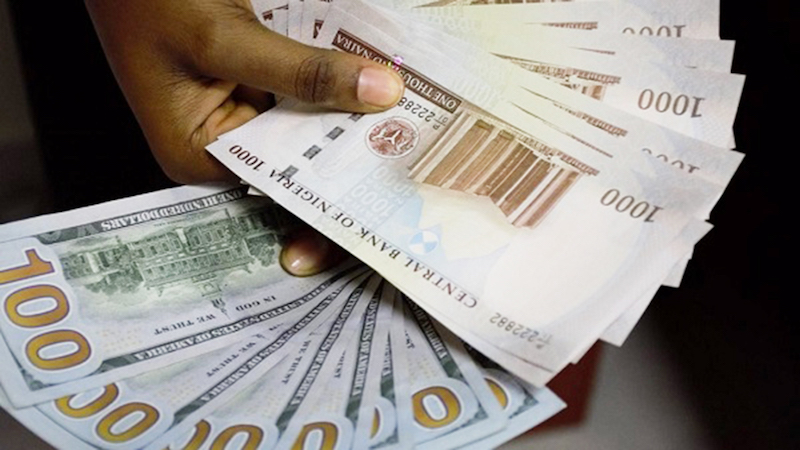 Last week, the two major political parties, the All Progressives Congress and the Peoples Democratic Party, continued to fine-tune plans for their presidential and governorship primaries as aspirants of the two parties crisscrossed the 36 states of the federation to woo their parties’ delegates, an exercise, which financial analysts and the Association of Bureaux De Change Operators of Nigeria (ABCON) blamed for the ongoing dollar rain in the country and the attendant pressure on the foreign exchange market.  Festus Akanbi, in this report, reviews the volatile scenario and ABCON’s strategies to end the naira decline

In a cash economy like Nigeria’s, in which financial transactions are carried out in cash rather than via direct debit, standing order, bank transfer, or credit card, it is not a surprise that the nation is awash with money on the eve of a general election.

Already, market intelligence is pointing in the direction of political spending for the current travails of the naira amid speculated mopping up of available foreign currencies, especially the dollar, in the run-up to the campaign period.

Analysts said whichever angles we decide to examine the nation’s foreign exchange market, the naira has never had it so bad in recent times as it continues its free-fall against the dollar last week.

The situation is also compounded by the decline in Nigeria’s foreign reserves, which, despite the rising price of crude oil on the international market, still fell to $39.650 billion as of the end of April 2022, compared to the $39.550billion recorded in March this year. This is according to data extracted from the daily external reserve tracker from the CBN.

Politicians in Nigeria are buying dollars to fund vote hunting in primary elections that start in a few weeks, driving the local currency to new lows in the unauthorised parallel market.

The naira weakened to N600 against the dollar last week in the unregulated field, according to Abubakar Mohammed, a bureau de change operator that tracks the data in Lagos. It’s the lowest the currency has traded this year at a period when the central bank maintains an official exchange rate that is tightly controlled.

A market source told THISDAY last week that some politicians have begun to mop up dollars as some presidential aspirants of the All Progressives Congress (APC) and the Peoples Democratic Party (PDP), the two major political parties in Nigeria are wrapping up their tour of the 36 states to woo delegates to their forthcoming party primaries.

The source explained that the naira is bound to take a further bashing in the weeks ahead given the propensity of the Nigerian political class to rely on the use of dollars to sway the delegates to their side. This was confirmed last week by a viral video of a gubernatorial aspirant of the PDP in Osun State, Senator Ademola Adeleke where he boasted his readiness to compete for voters using foreign exchange.

It was in this atmosphere of confusion that the Association of Bureaux De Change Operators of Nigeria (APCON) came up with strategies to halt the current assault on the naira, explaining that implementing those strategies will save the naira and economy from the impact of election spending that has kept inflation at double digits for a very long time.

This disclosure is contained in a statement issued by ABCON President, Alhaji Aminu Gwadabe, at the end of its National Executive Council meeting held a few weeks ago, where he said that there was an urgent need to enhance dollar liquidity in the market and ensure the stability of prices in the economy.

The ABCON boss said that the depreciation of the naira against global currencies was due to pressure from rising dollar demand without sufficient liquidity to meet the demands from retail end users, manufacturers, and other key players in the economy.

The association, which called for the reversal of the decision that excluded bureau de change operators from access to the CBN’s dollar sales in 2021, believed the volatility in the FX market can be tackled by its new sets of strategies.

ABCON Lists Strategies to Save the Naira

Gwadabe outlined some of the strategies to include; The creation of BDCs’ Autonomous Foreign Exchange Trading Window (BAFEX) with the determined maximum daily limit for legible BDCs to access dollars from banks, and autonomous market, and Diaspora forex window at the prevailing market prices.

Others include the review of the guidelines on BDC’s scope of operations to include participation in payment space, such as agency banking, Point of Sale (PoS) services, inbound and outbound forex transfers, and ATM Forex services, to reflect the global business model practice.

ABCON also wants the BDCs to be allowed to access dollars or Diaspora remittances through the autonomous forex windows allowing operators to receive IMTOs proceeds, carrying out online dollar operations and Point of Sale (PoS) Agency, among others. Gwadabe said that now is the time to break the current industry monopoly that puts the remittances market in the hands of a few players depriving others of tapping into the plan.

Gwadabe said that ABCON resolved to align with the policy thrust of the apex bank and ensure that its members play their roles professionally and strategically in the interest of the market and economy.

He warned that the de-marketing of BDCs by regulators and security agencies is not good for the stability of the market, rather the strength of over 4,500 operators can be harnessed to bring forex closer to the retail end-users and strengthen liquidity in the market.

Gwadabe said: “We support any measures that would lead to compliance with the Anti-money Laundering and Combating the Financing of Terrorism (AML/CFT).

“It is our sincere belief that BDCs need to be integrated back officially to ensure their continuous potent role in exchange rate stability management.’’

In its review of the nation’s foreign exchange market for the first quarter of the year, ABCON said that the widening gap between the official and parallel market exchange rates is driven by acute dollar scarcity due to the continued suspension of foreign exchange sales to BDCs by the CBN.

ABCON stated this in its Quarterly Economy Review for the first quarter of the year (Q1’22), expressing concerns over the inability of the fiscal and monetary authorities to address the wide parallel market and multiple exchange rates in the country.

Commenting on the trend, ABCON said: “A premium is the outcome of market restrictions that drive the non-official supply and demand for foreign currency which is a symptom of the inconsistency of fiscal and monetary policies. It also shows a lack of credibility in exchange rate policy given the level of foreign reserves.

“Those fiscal and monetary policies in Nigeria cannot curtail the premium of rent-seeking dealers in foreign exchange, that is banks and other intermediaries are worrisome and highly contributory to the distortions in the economy.

The association also highlighted the nation’s huge public debt and increasing level of poverty, recommending that the federal government should reconsider its strategy of depending on debt to grow the economy.

In July 2021, the apex bank ended the sales of forex to Bureau De Change operators, saying the parallel market had become a conduit for illicit forex flows and graft. The bank said it would also no longer process applications for BDC licences in the country.

“Weekly sales of foreign exchange by the CBN will henceforth go directly to commercial banks, the CBN governor, Godwin Emefiele, said in a live TV broadcast after announcing that the bank had retained its benchmark policy rate.

“We are concerned that BDCs have allowed themselves to be used for the graft,” Emefiele said.

He added that international bodies, including some embassies and donor agencies, have been complicit in illegal forex transactions that have hindered the flow of foreign exchange into the country.

He noted that the organisations have chosen to channel forex through the black market than use the official Investors and Exporters (I&E) window, called Nafex.

Accordingly, Emefiele said banks are mandated to “immediately” and transparently sell forex to customers who present the required documents. All banks are to immediately create dedicated tellers for the same purpose.

The consensus of market watchers last week was for the government to step in to urgently address the recommendations of ABCON and to put in place additional measures to safeguard the naira from further fall as the various parties conclude plans for their primary elections.