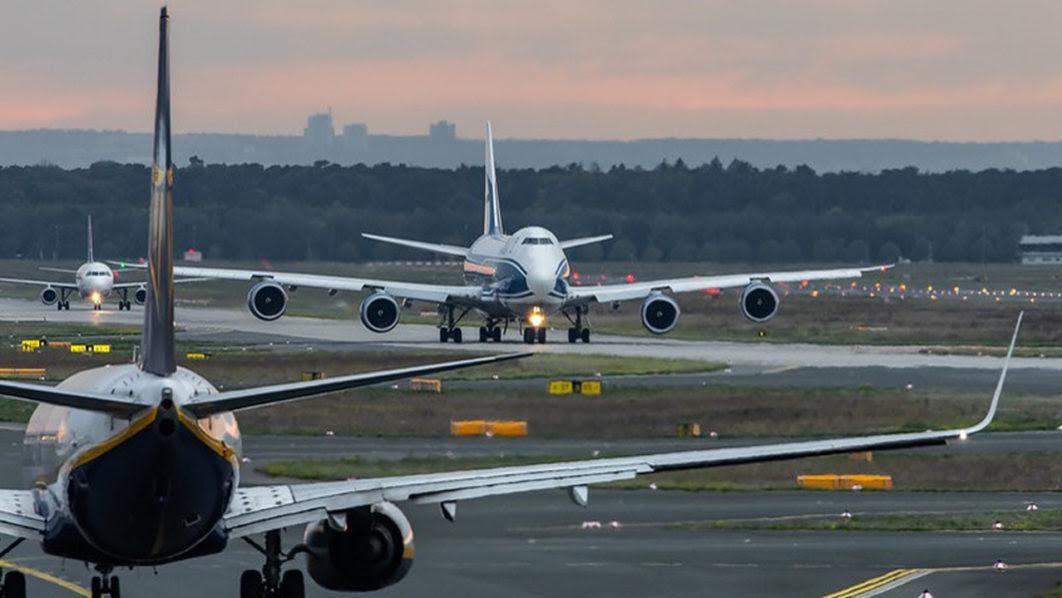 Chinedu Eze writes that in the last three years the Federal Airports Authority of Nigeria has braced up to improve airport facilities to meet the demands of ever growing passenger traffic.

The International Air Transport Association (IATA) and Airport Council International (ACI) have projected that there would be tremendous passenger growth in developing countries, but the major challenge that the countries would face would be inadequate airport infrastructure.

ACI projected that eight of the 10 fastest growing aviation markets would be in Africa by 2034, disclosing that nearly 300 million passengers would travel to and from African destinations and as a result, the continent needs increased airport capacity.

ACI noted that growing affluence across Africa has definitely generated greater demand for air travel. According to its records, in 2014, more than 50 million tourists travelled to Africa, making it one of the world’s most popular regions. The number was expected to increase further in 2017 and beyond with the help of a strong aviation industry and despite the negative impact of COVID-19 in 2020.

“The aviation industry has thus a dynamic and key role to play in accomplishing sustainable development in Africa and helping Africa “rise”. Airport hubs have become windows to the continent. But many airports were built in the 1960s and 70s. The ageing infrastructure is responsible for safety lapses, environmental pollution and flight disruptions. So the catch-up game that the African aviation sector has to play, needs to be done on the ground,” said Alexander Herring of ACI.

This increase has been witnessed in Nigeria and in the last three years the Federal Airports Authority of Nigeria (FAAN) has been striving to expand and improve airport facilities to meet the increase in passenger traffic under Captain Rabiu Yadudu, the Managing Director of the agency.

Yadudu who was appointed to head the agency in 2019 was confronted with the Coronavirus pandemic and its effects in air transport in early 2020, less than one year he started work as the Managing Director of FAAN.

The devastating effect of coronavirus pandemic adversely affected air transport globally and Nigeria was not left out. International Finance Corporation (IFC) stated that airports are essential to the economic development of cities, countries, and regions. They directly contribute to economies by providing services to airlines, moving passengers, and transporting cargo. The movement of goods and people also benefits governments, consumers, and industries.

However, the COVID-19 outbreak has hit airports hard—which could stall development in emerging markets.

“As a result, air travel has fallen sharply, which has prompted airlines to cut capacity. Many have been closed by governments to contain the spread of the virus. The result is a sharp fall in revenues. Given the importance of airports to the economic development of cities, countries, and regions, the broader impact of COVID-19 on the global economy is enormous,” IFC stated.

The global aviation industry was adversely impacted on by the spread of the virus, with the number of air travellers decreasing drastically within the period. Statistics provided by the International Civil Aviation Organisation (ICAO) showed that more than 4.5 billion passengers travelled globally before the pandemic, but later slumped to 1.8 billion by the end of 2020.

In Nigeria, the adverse effect of the pandemic on the Nigerian economy and subsequently on the nation’s aviation industry was tremendous. The airspace was shut in March of the same year for at least three months before the gradually reopening in June.

FAAN had to quickly upgrade facilities to accommodate the COVID-19 protocol. In the “New Normal”, departing passengers must comply with given guidelines; these facilities were installed in all the airports starting with international airports. There was additional infrastructure, training of personnel and acquisition of new equipment to reflect the new protocol.

As airport manager, FAAN has the responsibility to ensure safety, security, procurement of state-of-the-art facilities, maintenance of equipment, training and retraining of its staff in all the 26 Federal Government-owned airports, while it also deploys its personnel to state-owned airports and airstrips.

Following the approval for the resumption of flight operations, effective July 8,2020; the Federal Airports Authority of Nigeria released new procedural guidelines for air travelers and other airport users. The new Standard Operating Procedure (SOP) was aimed at protecting all stakeholders and preventing further spread of the COVID-19 virus.

The shutting down of the airspace inevitably gave raise to decline in financial performances of airlines, companies, agencies and especially FAAN, which has about 8,000 staff nationwide to cater for.

Despite these drawbacks, the agency was able to earn revenue that enabled it to remit about N16.7 billion to the Federation Account in 2021. In order to improve on its revenue and close all the possible loopholes, Yadudu deployed new, transparent strategies to monitor activities in revenue generating areas of the agency.

Addressing the Senate and House Committee on Aviation earlier in the year, Yadudu said, “The authority is taking steps to terminate non-performing concession agreements and engage new concessionaires. We hope to make significant progress before the end of the second quarter. Car parks automation at the various airports is presently going on, before the end of the year we should have achieved a great result.

“We commend the effort of the committees on aviation with respect to intervention so far in the recovery of Arik debts, inherited by the Asset Management Corporation of Nigeria (AMCON). However, we need further assistance to bring the issue to a logical conclusion as the huge debts are still outstanding,” the Managing Director said.

Yadudu also appealed for the stoppage of compulsory contributions to the Federal Government’s coffers, saying that its suspension would be in compliance with ICAO Standards and Recommended Practices (SARPs) Doc 9562, so that money saved would be used to address some infrastructure gaps at the airports.

He had argued that one way to ensure development in the industry was to allow revenue generated by agencies in the sector to be ploughed back as it is obtainable across the globe.

The agency said that in order to reduce congestion at the Lagos airport’s domestic terminal, it had almost completed work on its expansion.

Yadudu said though FAAN had no operating surplus, in December 2021, it remitted N16.7 billion to the Federation Account as contribution to the Consolidated Revenue Fund, despite the effect of the COVID-19 pandemic during the period. He added that the agency had shifted its focus from the aeronautical sources of revenue to the non-aeronautical; in order improve its revenue performance.

In order to reduce traffic congestion at the Lagos airport’s domestic terminal, known as General Aviation Terminal (GAT), he said the agency had started rehabilitation of the facilities, which were already at 98 per cent completion.

Yadudu said recovery to pre-COVID levels in its revenue expectation might take about three to four years, saying the effect of the pandemic would likely be felt till 2024.

He said, “At the moment, passenger traffic is still about 56 per cent of pre-COVID-19 traffic. Nonetheless, the year 2021 was a better year when compared with 2020.”

In 2021, the FAAN Boss Yadudu automated many facilities at the Murtala Muhammed Airport’s Hajj/Cargo Terminal Access Gate to properly monitor vehicular movement into the airport as part of reinforcing security at the Lagos airport.

FAAN inaugurated bird/wild life management equipment to significantly curb bird strikes, which has cost airlines humongous amount of money for engine replacement and other maintenance costs due to bird strike.

It trained and graduated about 67 Aviation Security Officers, after training on ICAO standard STP 123 Basic & Refresher Course to improve level of security at airports.

In response to complaints and reports of malfeasance among airport workers, FAAN set up a joint task force to stop extortion of air travellers and other corrupt activities at the Murtala Muhammed International Airport, Lagos.

FAAN Managing Director last year held meeting with the airports regional managers and the Head of Departments (HODs) who met with their stakeholders then the agencies and the objective was primarily, to inform them that henceforth any violator of the regulations would lose his or her ODC (on duty card) “which means you lose your access card to the terminal.”

The FAAN boss pointed out that any staff that misplaces his On Duty Card (ODC) would permanently lose his right and privilege to come to the airport terminal.

Adding that the management further agreed that all personnel working in the airport, either private or government should boldly write his or her name on the chest of the uniform for ease of visibility for easy identification.

The effort paid off because it drastically curbed extortion at the airports, especially as some illicit acts prompted immediate escalation by the authority and those involved were punished. Yadudu said the management would keep improving the rules and regulations at the airports to further strengthen the safety and security of the air transport system.

For not meeting the conditions given in the agreement signed between the two, FAAN in 2021 terminated the services of SITA, which provides passenger facilitation, data and communication and replaced the company with RESA.

The management explained that it opted for RESA Airport Data System when the former client was lethargic and could not migrate to the latest technology in the global aviation industry.

Though, the change came with some teething challenges for users at the beginning, especially airline operators, but Yadudu-led management was right with its choice as RESA, which improved service delivery from airlines and the travelling public across the country’s five international airports; Lagos, Abuja, Kano, Port Harcourt and Enugu. SITA only offered service to only Lagos and Abuja airports.

“So, anyway you look at it, we are in this business to get the best for our clients. We now have more airports coverage, facilities and more provisions and, of course, the contract is for 10 years and not yearly as we had it before with SITA. On the issue similarities or facilities, they are similar; very reliable companies. Our primary objective is to ensure that our passengers are safe and protected and because of one singular act, our safety is compromised,” Yadudu had explained.

Currently the General Aviation Terminal (GAT) also known as Murtala Muhammed Domestic Airport 1 is being renovated and expanded from the agency’s generated revenue. The expansion is the brainchild of Yadudu and when the expansion project is completed, the terminal would have been enhanced in terms of capacity, aesthetics and passenger comfort, as the expected and expanded new lounges would be twice what are presently.