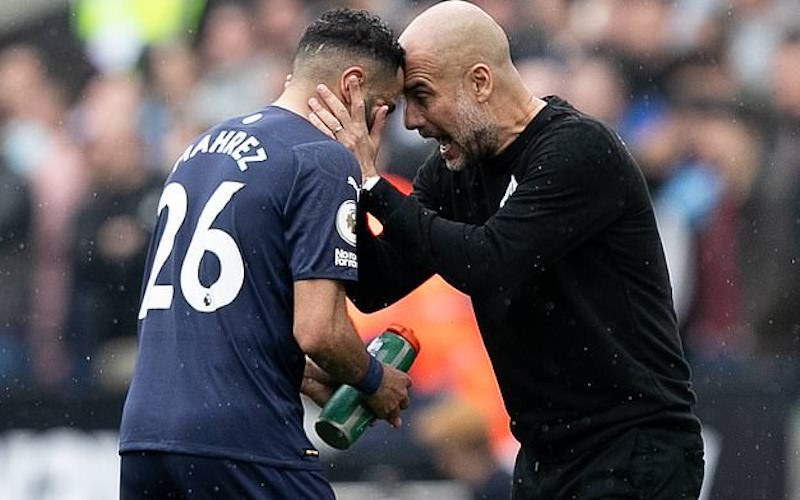 Manchester City came back from two goals down for the first time under Pep Guardiola to earn a point in the 2-2 draw at West Ham that means victory over Aston Villa on the final day will see them crowned champions.

City’s grip on the Premier League title was looking distinctly shaky at the break as the Hammers led thanks to Jarrod Bowen’s well-taken double.

But Jack Grealish struck for the visitors four minutes after the re-start and Vladmir Coufal headed Riyad Mahrez’s free-kick into his own net as City avoided defeat after coming back from two goals down in a top-flight game for the first time since 2012.

For West Ham, Manager David Moyes, is excited even if his wards end up qualifying for the Europa Conference League. This has been an excellent season for West Ham.

City had a chance to win the clash with five minutes from time but Lukasz Fabianski saved Mahrez’s penalty after Craig Dawson had fouled Gabriel Jesus.

Guardiola looked devastated at that. But given the situation they found themselves in at the break, with Liverpool potentially having the chance to catch them when they play Southampton on Tuesday, the final outcome was positive for the visitors.

It certainly was for West Ham, who have qualified for European football through their league position in successive seasons for the first time in their history.

It is a measure of the success Guardiola has had in this stadium that his first five visits all yielded victories – and a staggering total of 22 goals.

Now City have drawn on three successive visits – losing on penalties in the Carabao Cup earlier this season.

In the week they signed Erling Haaland, they found it impossible to hold West Ham’s number nine, Michail Antonio, and were unsettled by Bowen’s direct running.

Without Grealish’s volley from Rodri’s knock-down flicking off Craig Dawson’s leg and over Fabianski, they might have been in for a very fraught second half.

As it was, they dominated possession and put the Hammers defence under so much pressure, it felt inevitable an equaliser would come. That Coufal provided it was unfortunate as the Czech did not have to dive at Mahrez’s free-kick, which Fabianksi seemed to have covered.

Mahrez blew the opportunity to avoid a nervy final day – but, 10 years after Sergio Aguero’s famous injury-time title winner, City fans do at least know that anything can happen if events start to conspire against them again.