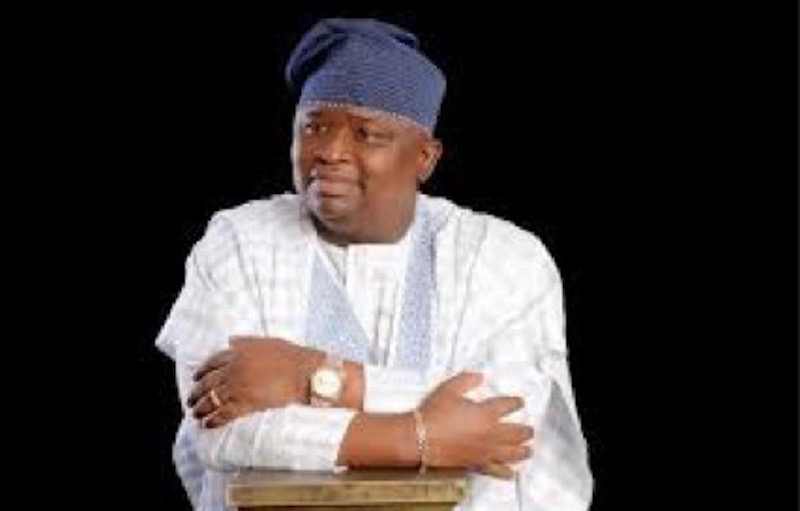 The Senator representing Lagos West, Solomon Olalekan Adeola, at the weekend declared that the chieftaincy title bestowed on him and his wife by the entire Obas in Yewaland, Ogun State, would spurred him to work more for the people and the development of the area.

The senator, popularly called Yayi, made the promise while speaking at Ilaro, Yewa South Local Government Area of Ogun State, after he was conferred with the chieftaincy title of Aremo of Yewaland.

Adeola, the chairman, Senate Committee on Finance, is a two term senator in Lagos State, but now seeking election into Ogun West senatorial district in 2023 election.

The senator, who expressed the belief that the chieftaincy title was not politically motivated, said he believed that it is in appreciation and the belief in him by his people that he can do everything humanly possible to contribute his  quota to the development of the land.

He said: “When it comes to politics, I believe it is a different ball game and different terrain

“As you’re well aware that my legislative experience and exposure is not in doubt, it will be a work in progress. I will start from where I stopped. I can assure you, I know where the shoe pinches and I know the needs of my people and I know how to address it accordingly through the legislative means.

“I’ll continue to work hard through every legislation that can bring about development to the entire Yewaland and Awori as a whole if I eventually get their nod to represent them.”

While appreciating Yewa monarchs for coming together to approve him of the title alongside his wife, Adeola assured them that they would not be taken for granted.

He gave the assurance that he and his wife would do everything within their ambit to contribute their quota to the overall development of Yewaland.

“Now if my people turn around and appreciate me to the extent of putting money together to purchase my nomination form for me, I believe it’s a big deal,” Adeola said.