In Bauchi, 70-year-old Man, Two Others to Die by Stoning over Homosexuality 32 mins ago 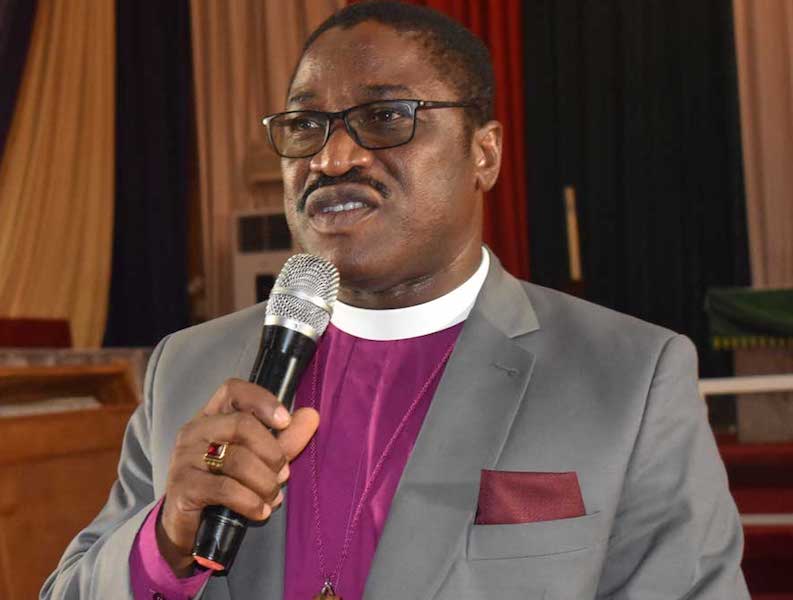 The Church of Nigeria (Anglican Communion) at the weekend, said only a new citizen-made constitution, can address fundamental issues in Nigerian polity and not amendment of the one formulated by the military.

The Bishop of the Diocese of Ijebu South-West of the Anglican Communion, Reverend Babatunde Ogunbanwo, made the assertion, in one of the items in the Bishop Charge released, during the Third Session of the Fourth Synod of Diocese.

The synod, hosted by  St. Barnabas Anglican Church, Okun-Owa, attracted senior clergies including bishops from within and outside the diocese and distinguished personalities with the theme ‘Lift Up Your Eyes’.

Reading the charge, Ogunbanwo, recalled that several constitutions have evolved at several periods of the country from colonial times through to the time of political independence in order to guide the country at critical times and deal with critical issues.

He said like it had happened in several periods of Nigeria’s political history, Nigeria is due to have a brand new constitution to address several complaints of people.

He said, “While we commend the National Assembly for their efforts, in reviewing the present constitution, we are convinced that what we need is a totally New Civilian Constitution, made by the sovereign representation of the ethnic nationalities of this country.

“The new constitution will address fundamental issues necessary for growing a united and prosperous nation.

“We need a new citizen-made national constitution and not the amendment of a military-formulated constitution.

“The issue of justice, equity and equality of citizens in a free and democratic society remains an issue that must be openly and frankly discussed, legislated  and implemented for the survival of the country.

“We need the birth of a new Nigeria where no citizen is oppressed, rather where everyone has the right to strive for the good life.

“We need a nation where our collective resources are judiciously equitably distributed for the good of all. Our present system breeds greed, corruption, anarchy and injustice. We need a new Nigeria for all.”

While speaking on the 2023 general election, Adebanwo said though some people have hijacked the political process for their personal agenda, politics is not a dirty game as it was perceived in the past.

Specifically calling on Christians to participate in the political process, the bishop said they should register in the political party of their choice and be involved in political activities from the ward level to national because those who contest elections are chosen from the grassroots and ward levels.

While acknowledging the right of association of citizens, the bishop said the rate at which people jumped from one party to the other called for caution.

He condemned in strong terms the situation whereby politicians speak evil of their former political party for cheap political gains and personal ambition.

He said, “It becomes more disturbing when politicians go to a new party because of personal ambition and they begin to share in the open in order to score cheap political points, what is best described as confidential among members of their former political association or attempts to rubbish their old friends. In our culture, this is betrayal and it should not be in any way encouraged.”