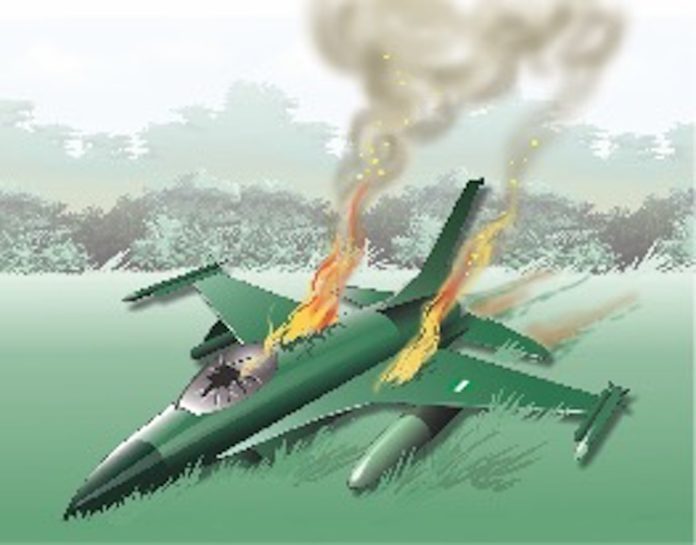 Two pilots reportedly on a training mission died recently in a jet belonging to the Nigerian Air Force (NAF) which crashed in Kaduna State. It is the latest in a series of crashes involving military planes. While we commiserate with the families of the deceased pilots, the frequency of these crashes should command attention from the authorities beyond the routine investigations whose reports are never released to the public. The need for a proper interrogation of the accidents is to draw lessons that may be useful for the entire aviation sector but more importantly for the armed forces.

Between 2015 and 2021, Nigeria suffered 11 military plane mishaps, killing at least 33 military officers. In 2021 alone, the Air Force lost three jets including the February 2021 Beechcraft King Air B350 which crashed on the way to Minna, Niger State after the pilots had reported engine failure. Seven military personnel died in the crash which occurred around the Nnamdi Azikiwe International Airport in Abuja. But perhaps the most devastating of the crashes occurred three months later around the Kaduna International Airport. Then Chief of Army Staff, Lt. Gen. Ibrahim Attahiru, and 10 other senior military officers perished in the crash. That tragedy echoed the September 1992 crash of C-130 Hercules transport plane in Ejigbo, Lagos which claimed the lives of all 158 middle-ranking officers on board. Apparently responding to these developments, the Chief of Air Staff, Air Marshall Oladayo Amao told his officers to take the latest unfortunate crash as “yet again a tragic reminder of the perilous nature of the flying profession as well as the risks NAF pilots continually take, daily, to secure Nigeria’s territorial integrity.”

However, a deeply shaken aviation stakeholders believe that the sequence of crashes raises a ‘red flag’ to warrant precautionary measures so as to avert more disasters. There is indeed an urgent need to look at a combination of factors. The two most prominent ones are asset maintenance and relative age of the fleet. The jet that just crashed in Kaduna is among the set of Alpha and Jaguar jets that were acquired by the military regimes of the late eighties and early nineties. They were first pressed into active combat roles in Liberia and Sierra Leone during their civil wars. Since then, they have remained the backbone of the combat efforts against the Boko Haram/ISWAP insurgency. At some point, it was reported that the series in our inventory had become unserviceable due to scarcity of spares as the makers had phased out that generation of aircraft. In a much-celebrated deal, the Air Force was reported to have contracted Innoson Motor Manufacturing company in Nnewi to locally fabricate parts for some of these jets. Only with the recent procurement of Tucano fighter aircraft from the United States has Nigeria embarked on a major renewal of its combat air fleet. Similarly, maintenance schedules for these aircraft have reportedly been observed in breach. So, some of the issues involved are majorly with asset age, material fatigue and instrumentation failures. This combination is guaranteed to compromise the operational reliability of military air assets.

Meanwhile, it should never be lost on the authorities that an aircraft is not exactly like a car. Once airborne, the extent to which a pilot can manoeuvre to safety in a mishap is limited no matter their dexterity and skill. Amao has promised that the NAF would thoroughly investigate the cause of the Super Mushshak trainer aircraft crash. Unfortunately, reports of military air crashes are classified so there is no way the public can learn from these occurrences. But in most past incidents, leaked reports have hardly blamed human error, perhaps because our combat and transport air crew undergo some of the best trainings, both at home and abroad. That then suggests that the problem may be with the fleet.

We therefore hope that the federal government will take another close look at matters of airworthiness and the accountability of those entrusted with scheduled maintenance and spare parts procurement for aircraft. We have had enough of these crashes.