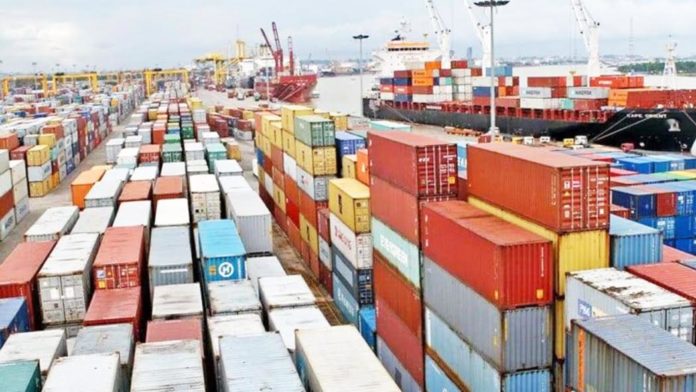 With a revenue target of N4.1trillion for the year, the policy of e-valuation, duty benchmarking, and now 15 per cent National Automotive Council levy by the Nigeria Customs Service have led to high duties at the ports, a development that has consequently drawn the anger of  importers and their  customs agents, writes Francis Ugwoke

There are indications that the federal government is expecting so much from the Nigeria Customs Service (NCS) through various taxes. This is evidenced by the high revenue target given to the service to come from importers for this year. This is despite the foreign exchange restrictions placed on goods under the 41list. Already, importers and their customs agents are beginning to feel the impact of about a 300 per cent increase in customs duties.

The new revenue target has been described as too high at a time that hard economic time has impacted negatively on imports. Observers believe that with the target, the customs will only end up over-stretching importers through various hikes in duty calculations.

As if pre-determined, there have been signs of higher duties to be paid this year from late last year. The service had enforced new duty rates on imports, ranging from bulk cargoes, and containerised goods to  Tokunbo vehicles.  The result has indeed been lamentation from the importers and customs agents.  When importers pay high duties, they also look for ways to recoup it.   This has in turn pushed up the prices of goods in the market in the past few months.

Late last year, the customs service introduced a duty benchmark under which it no longer calculated duties to be paid by importers based on the value of the goods as a global practice. Under this regime, customs assume that the container and its content must be within a particular value range in the international market. Based on this, the service can therefore decide that the duty to be paid must be like N5million for instance, and cannot be calculated on the value of the goods. In other words, under the policy, every 20ft or 40ft container pays a uniform duty rate irrespective of the value as contained on the invoice.

Importers and customs agents argue that the prices of goods in the international market depend on negotiations outside the advertised online price tags. But the customs management insisted that this was the only way to check fraudulent practices by importers who are accused of under-valuing their goods to pay fewer duties. The Deputy National Public Relations Officer of the NCS, Mr Timi Bomodi defended the duty benchmarking on imported goods.

He insists that the customs service has in its system data range on prices of goods internationally as a guide. To him, the policy of benchmarking was introduced following cases of under-declaration, under-invoicing, and concealment of goods by importers. Bomodi argues further, “The WCO nomenclature and the explanatory notes to the tariff are further guides which help agents and importers classify their goods correctly”, he said.  Bomodi accuses agents of “misrepresenting facts with the obvious intention of evading the payment of appropriate customs duty”.

Many however argue that the problem of under-declaration and under-valuation have been there over the decades and wondered why the Customs Service kept quiet until recently. To freight forwarders, the customs deliberately introduced the policy to meet its target for the year. Many freight forwarders opined that the pressure on the customs to generate more revenue was in connection with the 2023 election that requires so much funding.

To freight forwarders, the policy of customs benchmarking which started in the last quarter of 2021 was simply to achieve a multiplier revenue generation for the year. The former President of the National Association of Government Approved Freight  Forwarders, Dr Eugene Nweke said the policy exposes the customs service as toeing the line of illegality and unprofessionalism for the sake of more revenue generation.

Nweke argued that this was without considering the consequences on Nigerians since importers will introduce higher prices to recoup their investments. He argued that the policy throws to the wind professionalism and expectations of the valuation officers whose responsibility is to calculate duties based on the value of the goods before them.

Nweke, while condemning the decision said it will trigger inflation and bring more harm to the ailing economy than good. He called on the CGC Hameed Ali to save Nigerians such hardship by halting the policy of benchmarking.

Perhaps, part of the benchmarking policy was the duty hike on imported cars. The policy is known as Vehicle Identification Number (VIN) valuation under which duties on vehicles went up by about 300 per cent.  As against the rate in February when duty for instance in the case of a Toyota Corolla car was about N550,000, this has since changed.  A customs agent said the current duty and cost of clearing a Corolla car for instance is N1.8million. This is outside the traditional settlements at the ports.  The agent may decide to pay the money in a central unit from where the money will be transmitted to others or decide to ‘pay as you go’ (from the terminal to the gate, then others on the road outside the gate). This trend has made the cost of vehicles and other goods very high. Now, there is hardly any clean Corolla car whose market price is below N2.5million. This has in turn made the market very dull for traders.  The high cost of clearing, including duties payable, also applies to other imported goods.

Customs agents had in February protested against the VIN Policy by embarking on a two-week strike. With the effect of the strike, the customs service had to suspend the policy promising a review after one month. The one-month grace period ended on April 8 with importers and agents waiting on what happens next. But indications were that nothing was going to change going by the statement credited to the Comptroller General, Hameed Ali, who justified the VIN valuation policy. At a function, before he went on annual leave, he made it clear that the Service would not stop the implementation VIN policy after the one-month suspension. Ali was quoted saying, “It is now one valuation for the same type of vehicle anywhere. We are moving forward; we can’t be retrogressive.

When the freight forwarders came up with their issue of not liking the platform I was surprised because these were the same people that put us on the edge. So, I think it has come to stay and we will make sure it succeeds. Anytime I come to the port, there has been this issue of uniformity for values. They have complained of multiple valuations when they go to Apapa port, Tin Can, and PTML where they get different values”.

With the one-month suspension on VIN valuation implementation over, it would appear there is confusion as to whether anything has changed or not based on Ali’s words. Just some days into the one month, there was a report that the customs had reduced duty payable on imported vehicles from   35% to 20%. As many were celebrating this, the Service cut short their joy saying that this was not true. Bodi had said the report on duty reduction was simply a mix-up but said it would be sorted out.

Last week, the customs introduced the new version of the  Economic Community of West African States (ECOWAS) Common External Tariff   (CET) as required by the World Customs Organisation which will last from this year to 2026.    Bomodi explains that under the new policy and in line with the Finance Act and the National Automotive Policy, NCS has “retained a duty rate of 20% for used vehicles as was transmitted by ECOWAS with a NAC levy of 15%. New vehicles will also pay a duty of 20% with a NAC levy of 20% as directed by the Federal Ministry of Finance”.

Observers believe that indeed the customs boss has had his way since the duty to be paid on vehicles would still be high considering the 15 per cent NAC levy. Aggrieved about the new NAC levy some customs agents are already considering embarking on a fresh protest.

The Chairman of the  National Council of Managing Directors of Licensed Customs Agents,   Ports & Terminal Multipurpose Limited chapter, Abayomi Duyile,  was quoted as saying this will hurt the industry. He was quoted saying, “ I am surprised now that towards the second quarter of 2022, the Customs is coming back with the NAC levy.   Former President of the National Association of Government Approved Freight Forwarders, Dr Eugene Nweke argued that the Service has been unfair to the trading public, challenging them to point out the economic impact of the two per cent NAC levy that has been collected for over two decades before the current 15 per cent hike. He argued further that the 16 per cent NAC levy was a clear pointer to what he described as “the inherent administrative incoherence and confusion” on the part of the government. He challenged the government to offer the general public an analytical positive impact of the NAC levy considering that even with the payment the nation’s automobile industry has remained under-developed.