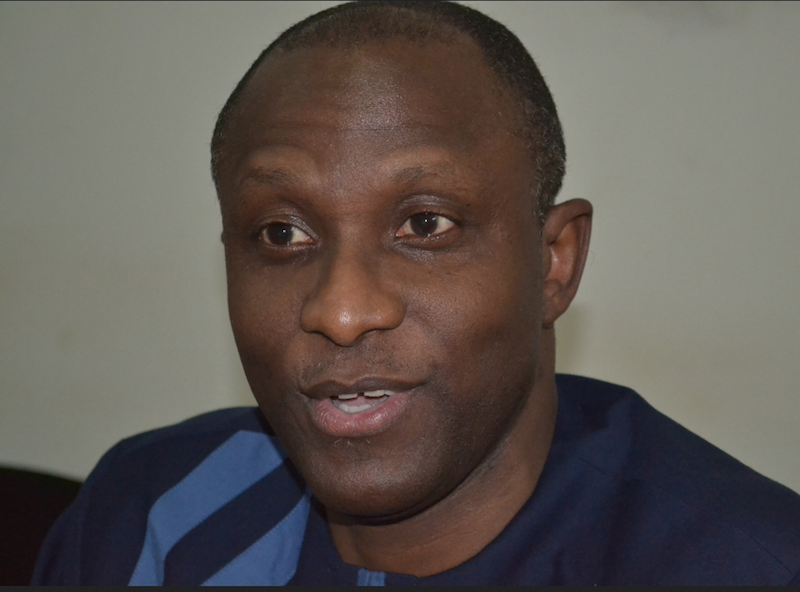 With Vice-President Yemi Osinbajo, formally indicating his interest in the presidency in 2023, perhaps, his senior media aide, Laolu Akande, can now hide his incompetent face in dishonour. Olawale Olaleye writes

A short but instructive remark was made some years ago by a certain Villa power broker of blessed memory. It was just a few years into the President Muhammadu Buhari administration, after his 2015 victory, and another off-season election was due in a Southwest state.

The election was crucial to the relatively new ruling APC and so, the president had deployed everyone, who understood the power game, the nuances and the equation in the state in question, to make sure the election was won. A poll analysis had also advised a compulsory win, else the party and government might be in trouble in the election to follow.

Of course, the APC won the election – invoking all means possible. But soon after the poll, a former chairman of one of the anti-graft agencies, started chasing one of the men that was deployed by the president to the battlefield for the election over claims that certain money was misappropriated.

Then, this Villa power broker, apparently irritated, had remarked – more like a locker room chat: “It’s obvious XYZ is not a member of this government, otherwise, he wouldn’t be chasing ABC”, knowing how the money was sourced and what it was used for.

In other words, if he was truly grounded, that was too basic a fact not to have been understood by him, but because he was too drawn away from the “government” and caught up in a bubble of his own illusion, he failed to know what qualified others as “bonafide” members of the administration and or party.

A few weeks ago, THISDAY did a story about the presidential aspiration of Vice-President Yemi Osinbajo and authoritatively reported that the number two citizen would declare his interest in the presidential run immediately after the then-cursed national convention of the APC.

The story was not only true and authoritative, it was also very positive for Osinbajo as it stated that the vice president was doing well with his smart but covert campaigns and that a lot of the odds were stacked in his favour. Many of Osinbajo’s fans loved the story, debated and even shared it for the record.

But one person thought otherwise and went ahead to not only dispute the story; he discredited it and dishonoured the publishing medium – THISDAY.

Mr. ‘Laolu Akande, Osinbajo’s senior media aide, took to his verified Twitter account with a munched cover of the very THISDAY edition, and denied the report with malevolence. He went on to state that if and when there was any such development, he would be the one to announce it. Note: announce it. Fair enough, but you can’t but wonder how many of such clinically strategic developments he’d announced before they happened.

Truth is, Akande has always been a person of interest in terms of how well he discharges his assignment as the vice-president’s spokesperson, professionally. Unfortunately, because the presidency is an institution, it’s hard to tell who was doing what, of course, for the observing public.

On the contrary, for an average active journalist, it was the easiest thing to do. Not only do you know yourselves, you also get to see who does what in terms of delivery and so, Akande is far off the mark in the understanding of the job – from the basic to the serious – and couldn’t have secured the job on merit. Most definitely arguable!
From very poorly authored press releases and statements, to badly captioned photographs – exposing his mediocrity and lack of attention to details – he is one presidential aide,  who constantly needs refresher courses to keep tabs and stay on top of the job, otherwise, his output makes him rather unemployable except for the sort of sentiments that got him his present appointment.

Save for the pizzas and flashes of the influential media’s incursion, which have sustained Osinbajo’s admirable media exposure, enhanced by the vice president’s often stellar delivery in many instances, a character like Akande, who is deliberately distant from the newsroom and unfamiliar even with the active reporters in the field, let alone understanding the rudimentary literature of the profession, cannot keep this kind of job for a rather deserving long period except for enjoying the favours of his principal, who is obviously connected with him on a different pedestal.
Interestingly, a few things had happened in the last few weeks, culminating in the declaration, to underscore the submission that Akande is not only detached from the profession he feigns to represent through his appointment; he is also not on the ground within the government he serves, much less being abreast of the happenings around the principal he is directly responsible to.

For clarity, many groups had come out after the THISDAY story, to affirm that Osinbajo would run and the frenzy of his presidential movements had not simmered since then before he eventually did. Two, some groups, different from the first, had also come out to establish that the vice president would declare his intention after the national convention of the APC, thus confirming the THISDAY story, almost word for word.

Importantly, however, there were reports many days back about how the vice president had planned to formally intimate his boss, President Buhari, of his intention to run, which was a major step vindicating the THISDAY story.
Even more noteworthy is the department on politics and governance that the Redeemed Christian Church of God (RCCG) recently set up and believed to be deliberate to accentuate the ambition of the vice president. That, of course, clarified the aspect of the THISDAY story, which claimed Osinbajo already had the clearance of his spiritual father, Pastor E.A Adeboye.

None of these came about by accident and none, unlike the tawdry sense of importance that Akande tried to paint, was either confirmed or announced by him, even if by proxy. So, why single out the THISDAY report if he knew his boss would run, assuming he didn’t have other facts at his disposal?

Now, the icing on the cake – the much anticipated has just happened – Osinbajo finally announced his presidential bid on Monday and yet, Akande did not issue any pre-announcement release or statement. What he only did was to hint at it on the morning of the declaration on his Twitter handle, when all the major platforms had already done so. What then did he try to do with the dissing of THISDAY over that one report?

Was it to discredit a prominent national daily that has done nothing but give the campaign of his principal a voice to push their image and efforts, even though THISDAY was merely doing its job of galvanising an atmosphere of truth and reason through many years of sincere, robust and sound journalism?

Not surprisingly, this has only reinforced general persuasion, that, on fair ground, Akande couldn’t get his current job on merit and this is without taking it personally. With poor strategy and zero critical thinking, he is irredeemable and helpless, and only a member of the same religious denomination would hand him such a serious appointment on a platter. He’s nothing but a glorified misfit, boasting slapdash testimonials.