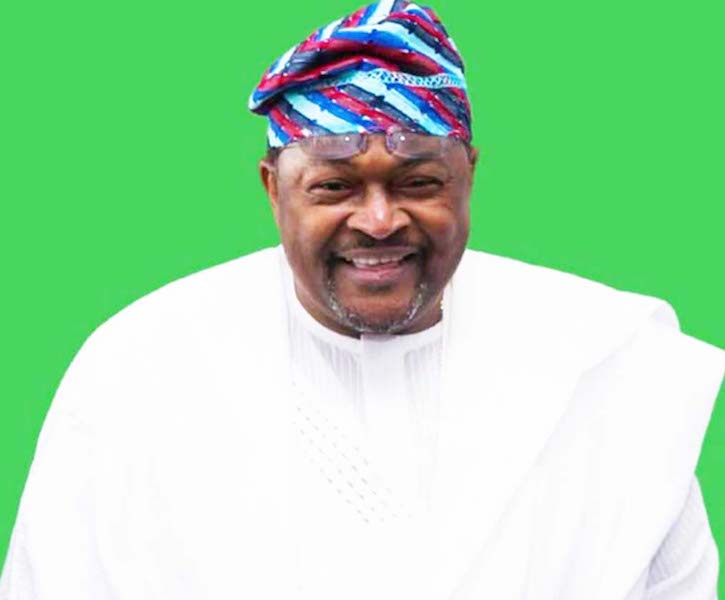 The commitment of the management of Globacom Limited, a Nigerian multinational telecommunications company, to sustain the cordiality between the company and its dealers is bound to increase the market share of the telecommunications giant, reports Festus Akanbi

Over the years, Globacom, a leading telecommunications company in Nigeria, has registered its name as an indigenous brand determined to offer a seamless telecom service to the people at affordable costs.

Those familiar with its operations said the bond between the company and its Nigerian subscribers is made firm by the perception of the company as the only indigenous telecoms firm among the existing telecoms operators in Nigeria.

Experience has shown that in an economy gasping for breath like ours, the popularity of any product and service cannot be guaranteed without the support of marketers, distributors/dealers, and vendors whose duties, among others, are to win more customers for the brand.

This category of people has always been the actual gods of the business. This is because when a dealer ties up with an organisation, he/she directly increases the profit of the organisation.

Therefore, analysts think that showing gratitude and affection to the dealer has always been an important aspect of business promotion.

Globacom Doles out N750million to Dealers

This perhaps explained the recent decision of the management of foremost digital services company Globacom to celebrate its dealers at the exquisite 2022 Dealers Appreciation Gala Dinner where the company announced over N750million worth of rewards for them in appreciation of their past support, while looking forward to a more mutually beneficial partnership in the future.

The event, which was held at the Eko Hotels and Suites in Lagos, was attended by the company business associates from all over the country as well as management and staff of Globacom.

And to show his commitment to maintaining the loyalty of the company’s business partners, the chairman of the telecommunications services provider, Dr. Mike Adenuga Jr, said the company will continue to appreciate its dealers who have worked assiduously to make the network the darling of subscribers across the country.

Adenuga, who was represented by the Retail and Consumer Sales Chief, Mr. Ken Ogujiofor, announced a special incentives package worth over N750m to buoy the company’s distribution channel.

He encouraged its partners to work harder to satisfy the business goals of the mobile network operator.

While expressing appreciation to the dealers for their past collaborations, the chairman disclosed that the event is in continuation of Glo’s tradition of rewarding and upholding excellence among its treasured partners.

The dealers were excited at the mouth-watering prizes which came in different categories ranging from cash prizes in form of credit notes running into millions of naira, to other expensive incentives.

Mr. Viju Unnithan of Marketing Department, Globacom emphasised the company’s commitment to enhancing customer satisfaction adding that the company’s products and services were designed to add value to Glo subscribers.

Mr. Remi Makinde of Globacom’s Network Implementation Group reiterated the company’s Network Quality Enhancement plan and how it has boosted the network significantly.

The lucky business associates who were delighted at the good gesture showered encomiums on Globacom’s Board, management and staff.

Managing Director of Zeph Associates, Mr. Tochukwu Nwosu whose company won three top prizes among the category one dealers said: “Globacom has delighted its trade partners tonight and on behalf of my fellow dealers, we say thank you to Globacom”.

Managing Director of Yarab Integrated Limited, Alhaji Mobolaji Abdulrasaq said: “We will continue to work towards the progress of the company. Kudos to Glo.”

The CEO of Alenssar Infinity Communication Chief Edward Emeano was also not left out as he expressed satisfaction with Globacom’s style of appreciating its business partners. Said he, “Globacom has shown its true appreciation of our efforts in marketing the company’s products and services and we are truly grateful.”

Since its commenced operations in Nigeria, Globacom Limited has been intensifying efforts to give its subscribers and dealers the very best.

Last year, the Nigerian telecommunications industry was jolted by media reports announcing the landmark agreement between the company and an Israeli network equipment supplier, Ceragon Networks Limited to expand its nationwide broadband coverage across Nigeria.

Details of the agreement show that Ceragon will be providing Globacom with a customised solution that covers long-haul rural areas, high-capacity metro as well as the access network – enabling it to not only enhance its existing subscribers’ quality of experience but also to expand its reach to grow its market share further. The project, initiated in Q4 2021, is due to complete deployment through the first half of 2022.

The Nigerian Communications Commission (NCC) rates Globacom as the second-largest telecom services operator in Nigeria, with a 28.09% market share.

However, the main gist of the multimillion deal was given by the Chief Executive Officer of Ceragon Networks, Doron Arazi, who disclosed that Globacom’s network will be ready for 5G, as Ceragon Networks’ solutions will provide Globacom with a 10-gigabyte-per-second (Gbps) network capacity over the air, with the ability to upgrade to 20 Gbps, if necessary.

According to him, “This capacity will strengthen the network of rural areas over long distances, high-capacity metropolitan networks as well as the access network.”

Those familiar with the pioneering records of Globacom were not surprised by this far-reaching development which promises to be a game-changer in GSM operations in Nigeria. The perception in the industry is that although it did not participate in the recent 3.5 gigahertz (GHz) spectrum auction for the deployment of Fifth Generation (5G) technology to support the delivery of universal broadband services in Nigeria, where MTN Nigeria Plc and Mafab Communications Ltd emerged the two successful winners, Globacom was nevertheless putting its house in order because it planned to come out big, stronger and better.

Still bent on making its services affordable and readily available to the Nigerian market, Globacom also made history by crashing the cost of SIMs from N20,000 and N50 a minute respectfully to as low as N200 and five kobos per second. The company has thus ensured massive telephone penetration in Nigeria.

By making telephony accessible to the common man, Glo is said to have accelerated national development. Industry watchers believed that the fact that over 170 million Nigerians in both urban and rural areas today have access to the telephone is attributable to the network’s intervention. The International Telecommunication Union, an agency of the United Nations, had in 2004 commended Globacom for playing a critical role in the revolution in the Nigerian telecommunication industry. Globacom is reputed as the innovation leader in the industry in Nigeria and Ghana. It pioneered Multimedia Messaging Service (MMS), mobile banking, mobile internet, vehicle tracking, prepaid roaming, in-flight roaming, etc.

An analysis of the nation’s telecoms industry showed that Glo was the only operator in Africa to have launched its operations on the superior 2.5G network which enabled the convergence of voice, data, and multimedia technologies.

The next stage was the introduction of the 3G Plus technology, which marked the second time that Globacom has been at the forefront of pioneering the latest transmission network in Nigeria, has introduced the 2.5G technology at launch in 2003 when other operators were running on the 2G platform. The 3G Plus technology enables much faster transmission of data, voice, broadband internet, and multimedia services over a range of frequencies. It allows customers to do a video call, video streaming, and high-speed mobile internet access, amongst others, from their 3G mobile handset.

It is also on record that Globacom has the most extensive fibre optic backbone across Nigeria. The facility was built to further enhance voice and data transmission for mobile and fixed telephone operations in the country.

It was gathered that likewise, French group, Vocalcom, which already manages the software for Glo telecom’s call centres in Nigeria, is hoping to open a new deal in the mobile-money sphere with Globacom.

Therefore, analysts believed the latest business deal between Globacom and Ceragon Networks Limited will set a new threshold for GSM operation in Nigeria, especially when the assignment is completed by the first half of this year.