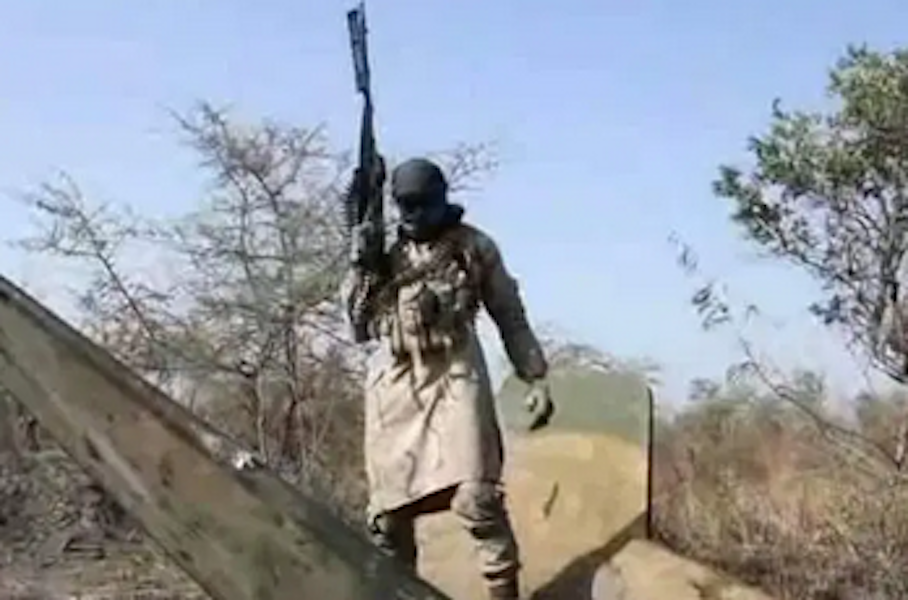 Five years ago, Reverend Caleb Adedapo Haastrup was ministering to the
faithful in his non-denominational Pentecostal Church in the suburbs
of Nigeria’s capital, Abuja. Unknown to him, he was one of the
Christian clerics on the hit-list of the deadly Islamic fundamentalist
terrorist group, Book Haram (BH). Several attempts on the life of Haastrup, who was the senior pastor of the 500-member Kingdom Connection Christian Center in Lokogoma
followed in succession. BH had adjudged his sermons as offensive to
its cause. His movements were under surveillance; he had to live life
in disguise. This did not deter those in pursuit of him. Haastrup had
close brushes with BH but miraculously escaped. Sadly, the police and other security agencies could not guarantee his safety.

Reminiscing on this near-death encounter, Haastrup told this reporter: “Life became quite unbearable. The situation took a huge toll on my mental and physical health. My members and family were equally traumatised by my ordeal and the incessant death threats which had become part of my life.” In the words of the Reverend gentleman: “I had no choice than to join a legion of Christians in my part of Nigeria to seek ways to leave the country, hence my arrival in the United States in 2017 where I am currently seeking to take refuge. As a matter of fact, it is all over the news how several of my colleagues and other Christians have been killed by Fulani terrorist herdsmen and other Muslim fundamentalist groups on account of their faith.”

Whereas Hafsat Maina Mohammed once a Kano based journalist whose NGO ministered to the needs of Boko Haram victims, believes both Christian and Muslim worshippers are soft targets of Boko Haram attacks, using her experiences as a lucid example, Haastrup sees it from his religious lenses and personal experience. Many Nigerians through one relation, member of the same faith, friend, or colleague in the office, have a story to tell about the wanton killings of Nigerians by Boko Haram. That equalises the equation.

Reverend Haastrup’s agitation is palpable just like Maina Mohammed’s. “As I speak, the situation has yet to improve. In fact, it is getting worse. The problem of insecurity in Nigeria is so grave that there has been increasing agitation for the breakup of the country due to the heightened level of violence visited on some sections of the citizenry based on both religious and ethnic sentiments,” Haastrup lamented.

The cleric wants various levels of government in Nigeria to address
what he describes as a “monster” or face the consequence of an all-out sectarian war, noting that “a peaceful nation is a powerful,
progressive and prosperous one, and without adequate security for its citizens, the future of such a nation is in jeopardy.”

Well, many may differ from Haastrup, whose views were recently
articulated by the Christian Council of Nigeria (CAN) when the country was removed from the list of countries violating religious freedom. Both sects however agree terrorist activities must not degenerate to a sectarian conflict.

Reverend Haastrup’s ordeals more importantly sound like a familiar
refrain for many Nigerians who are victims of Boko Haram attacks, who fled to the US and Europe, Canada, and Britain in particular, in
search of a more secure sanctuary. This writer had watched Mrs. Maina Mohammed, who is also the founder of the NGO, Choice for Peace, Gender and Development, speak on Arise News television recently, narrating her woes as a victim of the inhuman assaults of the terrorist organisation.

According to the mother of six, who has relocated to Prince George’s
County in Maryland, she was a victim of rape and assault from Boko
Haram. Beyond this, Maina Mohammed was equally traumatised watching members of this devilish group rip the wombs of babies as well as deriving joy in killing those who fell under their trap. While
addressing the bi-partisan US Commission on International Religious
Freedom, Maina-Mohammed had this to say: “I have been a victim of rape from these people, of brutal beating and incarcerations and I have escaped. Many women and people in Nigeria, especially in the
northeastern part of Nigeria, regardless of their faith, have faced
persecution and are still facing persecutions.”

The narratives of Reverend Haastrup and Maina-Mohammed took me back to 2011 in Abuja when Boko Haram constantly bombed the Federal Capital Territory (FCT). The Goodluck Jonathan Administration was vilified for its poor onslaught on BH especially after the kidnap of the 287 Chibok Secondary School students. But how much has changed since then?

This reporter barely escaped the April 2012 Boko Haram bombing of
THISDAY office in Abuja. That was after the horrific 2011 Christmas
Day bombing of Saint Theresa’s Catholic Church Madala close to Abuja.

Like many journalists covering Boko Haram and its horrendous
activities, he was profiled for many months. Our regular engagement at the British High Commission where we reviewed the security situation in the country, was discontinued for fear of the unknown, not after the bombing of the UN office on August 26, 2011.

In the US where the writer was later posted as THIISDAY New York
Bureau Chief, he regularly listened to the debates of members of the
US House Judiciary Committee, in particular the House Sub-Committee on Crime, Terrorism and Homeland Security, The Sub Committee on Counter Terrorism and the Intelligence Committee on Homeland Security were constantly briefed by the late Nigerian Ambassador to the US Professor Adebowale Adefuye who prodded me to give a detailed account of my Boko Haram experience as part of the House series on the terrorist
organisation.

The committee had labeled BH an emerging threat to the US Homeland, pledging huge support to Nigeria in its war against it. Ambassador Linda Thomas-Greenfield, Assistant Secretary of State under President Barack Obama, and current US Ambassador to the United Nations, later
visited the country as a follow up to the meeting between Presidents
Jonathan and Obama. Boko Haram and US support featured in discussions between Thomas-Greenfield and Nigerian officials.

Sadly, while the US which under Obama denied Nigeria essential arms needed to fight terrorism, has long degraded and decimated the Islamic State of Iraq and Syria (ISIS) with the death of Abu Bakr al Baghdadi, its supreme leader, Boko Haram still prowls the neighbourhoods of Borno State, and as part of the Islamic State of West African Province-ISAWAP. The US story with ISIS should be Nigeria’s story with Boko Haram, banditry, kidnapping and the terrorism of herdsmen.

Unfortunately, nothing has abated significantly except that Boko Haram keeps changing its tactics against a backdrop of a military posture that wins and loses territories, a security apparatchik that excels on more talks and less action.

In the closing chapter of his tenure, the PMB Administration must
leave behind something appreciable to Nigerians, a love letter, a
sweetheart message, proving that it has truly rid this country of
terrorism. That was his promise. There is no doubt some success has
been recorded fighting Boko Haram; however, the claim by a Borno State traditional ruler during the recent visit of President Buhari to the state, that BH runs a mini government in two local governments of the state, skews the war in its favour.

The New Year provides security operatives opportunity to give
Nigerians hope of a secured environment, which the likes of Reverend Haastrup and Hafsat Maina Mohammed need to come back home rather than
remain fugitives in America and Europe.