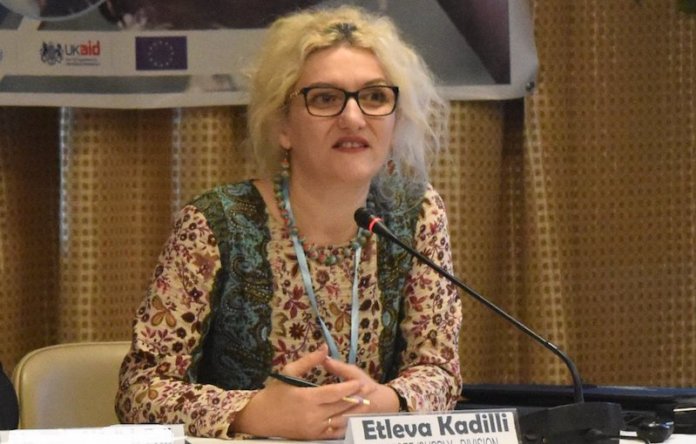 Onyebuchi Ezigbo and Emmanuel Addeh in Abuja with agency report

The big figure showed the difficulties of vaccinating the world despite growing supplies of shots, with COVAX getting closer to delivering one billion doses to a total of nearly 150 countries, the official stressed.

“More than a 100 million have been rejected just in December alone,” Reuters quoted the Director of Supply Division at UN agency, UNICEF, Etleva Kadilli, to have told lawmakers at the European Parliament. The main reason for rejection was the delivery of doses with a short shelf-life, she said.

In Nigeria, the federal government last month destroyed expired AstraZeneca COVID-19 injections totalling 1,066,214 doses. Addressing journalists shortly before setting out to destroy the vaccines at the Idu Dump site in the Federal Capital Territory, the Executive Director of the National Primary Healthcare Development Agency (NPHCDA) Dr. Faisal Shuaib, had said notwithstanding the destruction of the vaccines, the country was able to save about $40 million by accepting the donated short shelf-live vaccines from donor countries.

He had also explained that the government took the action to destroy the expired vaccines not only to safeguard the health of Nigerians, but to also engender trust in the COVID-19 vaccination campaign.
Shuaib had said there were about two million doses of AstraZeneca vaccines that were due for expiration as of last month, but that the agency was able to utilise over 60 per cent of the supplies before the expiry date.

Furthermore, Kadilli disclosed that poorer nations have also been forced to delay supplies because they have insufficient storage facilities, including a lack of fridges for vaccines. Many countries also face high levels of vaccine hesitancy and have overburdened healthcare systems.

It stated that UNICEF did not immediately reply to a query about how many doses had been rejected so far in total.
Many others had been stored waiting to be used in poorer nations, the report disclosed.
UNICEF’s data on supplies and use of delivered vaccines showed that 681 million shipped doses are currently stored in about 90 poorer nations, according to CARE, a charity, which extracted the figures from a public database.
More than 30 poorer nations, including big states such as the Democratic Republic of Congo and Nigeria, have used fewer than half of the doses they received, CARE said.

A spokesperson for Gavi, a vaccine alliance which co-manages COVAX, said that the high storage level was due to a surge in deliveries in the last quarter, especially in December.
Gavi added that most vaccines recently shipped by COVAX had a long shelf life, and therefore were unlikely to go wasted.
COVAX, which is co-led by the World Health Organisation, had so far delivered 987 million COVID-19 vaccines to 144 countries, according to data from Gavi.

COVAX is the main supplier of doses to dozens of poorer nations, but is not the only one. Some countries buy doses on their own or use other regional vaccine procurement programmes.

Supplies to poorer nations have long been very limited because of lack of vaccines, as wealthier states secured most of the doses initially available from December 2020.
But in the last quarter, shipments have exponentially increased thanks to donations from rich countries that have vaccinated the majority of their populations.

In January, 67 per cent of the population in richer nations had been fully vaccinated, whereas only eight per cent in poorer nations have received their first dose, WHO figures show. Increased supply caught many receiving countries unprepared.
“We have countries that are pushing doses that are currently available towards quarter two of 2022,” Kadilli said.

Of the 15 million doses from the EU that have been refused, three-quarters were AstraZeneca shots with a shelf life of less than 10 weeks upon arrival, according to a UNICEF slide.
Wealthy countries donating vaccines with a relatively short shelf life had been a “major problem” for COVAX, a WHO senior official said last month.

In a related development, Africa’s top public health body has said it is in talks with Pfizer about securing supplies of its antiviral COVID-19 pills for the continent, the latest to join the race for a drug seen as a potential game changer in fighting the virus.
The Paxlovid medication was nearly 90 per cent effective in preventing hospitalisations and deaths, and data suggested it retains its effectiveness against the Omicron variant, Pfizer has said.

“We are in really close discussions with Pfizer to see what can be done to make the drugs available on the continent and accessible on the continent, that is, the Paxlovid drugs,” said the Director of the Africa Centres for Disease Control and Prevention, John Nkengasong.
Governments around the world are scrambling to buy Paxlovid, while Merck’s Molnupiravir has faced setbacks after disappointing trial data.

Nkengasong said obtaining supplies of COVID-19 drugs was one of three key strategies for combating the pandemic in Africa in 2022, along with scaling up vaccinations and testing.
Such drugs would be crucial if another highly transmissible variant were to emerge and public health systems become overwhelmed, he said.

“The only way to relieve that will be if we have drugs like Paxlovid where people can take that drug and stay home and get relief, and that way the burden and the constraints on the health system will be limited,” Nkengasong told an online news briefing.
While wealthy countries, including the United States and Britain, have secured deals to buy the pills, concerns have grown that low-income countries would lag in this effort due to tight supplies, as was the case in the scramble for vaccines.
Meanwhile, in Nigeria, the federal government has signed a memorandum of understanding with a non-governmental organisation, Society Committee Against COVID-19 (SOSOCOVID) to document strategies and interventions deployed to contain the COVID-19 pandemic in Nigeria.

The Minister of Health, Dr. Osagie Ehanire who was represented by the Director, Health System Strengthening Division, Mr. Okwudili Okechukwu, explained that the project would apart from enlightening Nigerians on issues of the COVID-19, would help preserve such experiences for future reference.

He said various stakeholders who played vital roles in curbing the spread of the COVID-19 pandemic in the country needed to be recognised and have their efforts documented for posterity.

The Director of SOSOCOVID, Kenneth Ibe-Kalu, said the project was meant to tell the story of the dreaded virus and its impact on Nigerians.

“We will let Nigerians know how the virus declared war on an unprepared world, how its weapon of mass destruction was fired into Nigeria and how the country engaged in the warfare.

“It is usually said that events not written is lost to history. This is why we decided to chronic the advent of coronavirus in the book of records titled `COVID-19: The Nigerian Story,” he added.

Ibe-Kalu said the book’s storyline would celebrate those who planned strategies, those who braved it to the front line and other people who rendered one service or the other.

Ibe-kalu said the book would celebrate and accommodate profiles of those who supported the health campaign with innovations and contributions in the fight against COVID-19.