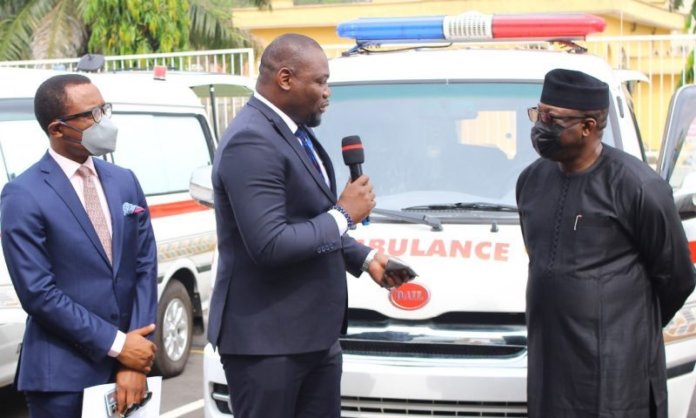 The donation, according to a statement, was part of the ASR Africa’s commitment to Health, Education and Social Development in Nigeria.

This donation to Ekiti State took to 66, the number of ambulances distributed to 19 states since the start of the COVID-19 pandemic in 2020.

Presenting the ambulances to Dr. Kayode Fayemi, the Governor of Ekiti State at the Government House in Ado-Ekiti, the Managing Director, ASR Africa, Ubon Udoh, was quoted to have said the donation was aimed at supporting emergency health response within Ekiti State in line with the goal of ASR Africa. He further added that, “Ekiti State is the 19th beneficiary state and enjoined the state government to put it to good use.”

Udoh also stated that the ambulance donations were part of efforts by the founder of ASR Africa, Abdul Samad Rabiu, to give back to the society in the areas of Education, Health and Social Development in Africa.

Reacting to the donation, Fayemi stated that his administration remained committed to providing affordable, accessible and quality healthcare to the Ekiti people, and noted that his government hadalso upgraded various health facilities across the state at the primary, secondary and tertiary levels.

He went further to thank Rabiu for his visible commitment to creating lasting developmental impact in Africa through ASR Africa and the BUA Foundation.