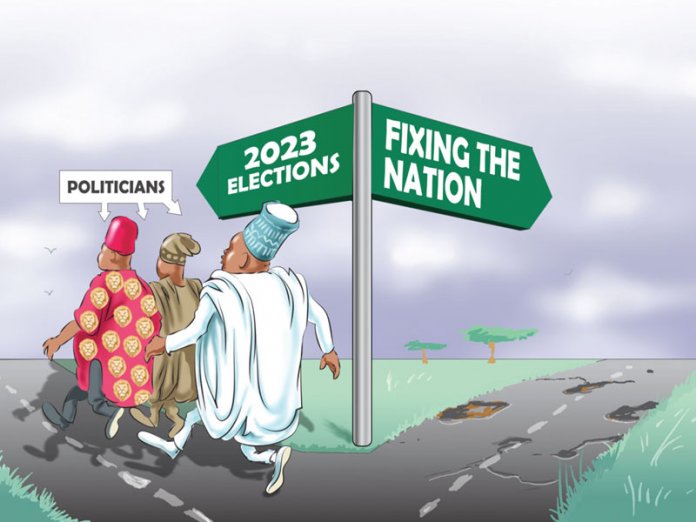 A group, Coalition of Southern and Middle Belt Youth Leaders Assembly (COSMBYLA), has made case for the election of only youths into the presidency and governorship seats in all the states in Nigeria.

The group said electing young leaders who have the interest of the country at heart would help to advance the cause of the country toward sustainable development.

In a statement signed by the leaders of the group from the Southeast, South-south, Southwest and the Middle belt, the group led by its President General, Mr. Goodluck Ebem, said electing youths who have distinguished themselves in various fields of endeavours is the panacea to bringing Nigeria out of the woods.

He said: “It is on record that when Nigeria was on the path of progress and development, youths were at the helm of affairs.

“General Yakubu Gowon (rtd) was head of state at the age of 27. Dim Odimegwu Ojukwu was 33 when he was in charge of the Eastern region. These leaders contributed positively to the growth of their regions and the country at large.

“Of the truth, the nation fed well when young, energetic and vibrant young men and women were in charge of governance and leadership positions. The country’s independence that we are enjoying today was made possible by Dr. Nnamdi Azikiwe, Chief Obafemi Awolowo, Professor Eni Njoku and others who were youths at that time.“

They worked assiduously and fought gallantly to actualise our independence as a nation in 1960.”

The group said the positive contributions and impacts of youths to nation-building cannot be overemphasised, adding that youths are key to national development and growths, just as they are agents of change, progress and sustainable peace.

According to the group, “Vibrant, visionary and energetic youths elected as governors and president will birth a new Nigeria and lead the country to the promise land. The youths have the capacity to bridge the gap of leadership deficit, divisions, and ethnic hate that are dampening the progress and development of the country.

“Their role in the workforce and economic development of our nation is critical as they represent, at any given moment, one-third of the workforce in our country. In these times of change and conflict, young people also have an important role in deterring and solving conflicts and are key constituents in ensuring the success of both peacekeeping and peace building efforts.

“We, therefore, call on the youths to rise up and take the bull by the horn by coming out to take up leadership positions. The time to complain and murmur is over. Enough is Enough!”