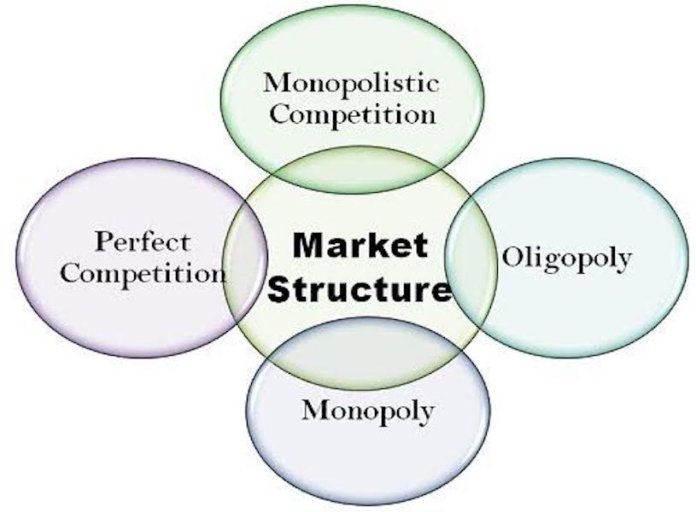 The announcement of the proposed acquisition of Honeywell Flour Mills Plc by Flour Mills Nigeria Plc has raised controversy and apprehension that the flour milling industry in Nigeria is moving toward imperfect market competition, writes Dike Onwuamaeze

The announcement of the proposed acquisition of the Honeywell Flour Mills Plc (HFMP) by the Flour Mills of Nigeria Plc (FMN), would have excited stakeholders in the FMN as they look forward to celebrating their 60th anniversary next year.

It is also expected that the takeover of a weak industrial establishment by a stronger competitor would be a moment of relief to regulators, workers, consumers and stakeholders in the economy. However, this was not the case with the announcement of the agreement that would enable the FMN to acquire 80 per cent shareholding in HFMP.
Last week, the Honeywell Group Limited announced the proposed combination of the HFMP and FMN for a total enterprise value of N80 billion, which would allow FMN to acquire 71.69 per cent stake in HFMP subject to regulatory approval.

The Honeywell Group said that this also meant that the “new company will have even more fuel to inject more jobs into the economy.”

Speaking in the same vein, the Group Managing Director of FMN, Mr. Omoboyede Olusanya, said: “The proposed transaction is aligned with our vision not only to be an industry leader but a national champion for Nigeria. We believe that this will create an opportunity to combine the unique talents of two robust businesses.

“As a result, we will have a better-rounded and more comprehensive skill set available to us as a combined diversified food business, thus enabling us to better serve our consumers, customers and other stakeholders, whilst providing employees with access to broader opportunities.”

However, rather than calming strained nerves, this announcement has stirred up controversy and apprehension.
First was the swift reaction of the Ecobank Nigeria Limited. The bank on November 23 placed a caveat on any share of HFMP and let the whole world to know that it has commenced a winding up proceeding in the law court against the HFMP over Honeywell’s indebtedness to it.

The caveat was contained in a statement the bank released through its Counsel, Kunle Ogunba & Associates, titled “Purchase of Honeywell Group Limited’s 71.69 per cent stake in Honeywell Flour Mills Limited- ‘Caveat Emptor.’”
Ecobank cautioned the general public and the corporate bodies on the danger inherent in dealing in any shares of the HFMP. The bank alleged that it advanced several loan facilities, which included working capital disbursements to HFMP and that due to the failure of the company to liquidate the said loan facilities, it was constrained to commence winding up proceedings against Honeywell Group Limited at the Federal High Court, Lagos in suit no: FHC/L/CP/1571/2015.

Ecobank said that it filed an appeal (with appeal No: CA/L/1041/2016) at the Court of Appeal, Lagos Division and that upon review of its case, the appellate court found merit in the appeal, and held that the winding up proceedings was properly commenced and that the Federal High Court had jurisdiction to hear the said petition. It added that the effect of the Appeal Court judgment is that there is currently a winding-up action/proceeding pending against the company.
It drew attention to the provisions of Section 577 of the Companies and Allied Matters Act (CAMA) 2020 which says: “Where a company is being wound up by the court, any attachment, sequestration, distress or execution put in force against the estate or effects of the company after the commencement of the winding up is void.”

It added that it is clear that Honeywell Group Limited is legally estopped from sequestering and/or disposing any of its assets pending the final determination of the winding up action commenced against it.

“Please be further informed that the assets of both Honeywell Group Limited and HFMP are the subject of the winding-up action and thus based on the doctrine of “lis-pendens” (in addition to the provisions of CAMA supplied above) you are advised to refrain from dealing with the subject asset which forms part of the subject matter of litigation. ”
Forging Ahead

But determined to proceed with the deal, FMN and HFMP in their response last week Wednesday, said that the proposed acquisition is not in breach of any court order. The Company Secretary of the FMN, Mr. Joseph Umolu, said the announcement by the group to assume majority shareholder status of Honeywell was made after carrying out necessary due diligence and obtaining appropriate legal guidance.

It said: “Consequently, FMN confirms that this agreement is not in breach of any subsisting order of court in matters relating to any third party. This further assurance has become necessary in view of the publication captioned ‘Ecobank warns against acquisition of Honeywell Flour Mills, alleges company facing winding up proceedings.’

“Stakeholders are, therefore, urged to maintain their trust in FMN’s management, whose actions are guided by global best practices, as we work diligently to maintain the group’s sterling reputation as one of Nigeria’s leading and oldest agro-allied companies.”

Besides this controversy there is also an apprehension that the food and beverage sub-sector of the Nigerian economy, as it pertained to four milling, is at best heading toward an oligopolistic market or at worst a monopolistic competition where there is more than one seller, each able to fix a price, that is, each with some monopoly power. But oligpoly is a market situation with only few sellers, each anticipating the others reaction.

An Economist and Chief Executive Officer of Centre for the Promotion of Private Enterprise (CPPE), Dr. Muda Yusuf, told THISDAY that mergers and acquisitions are purely business decisions that demand good corporate governance to ensure that the interests of key stakeholders in the business entities were duly protected.

Yusuf noted that the roposed acquisition has a number of merits. First is the benefit of economies of scale, which a bigger size conferred on businesses as “the entity becomes bigger, unit cost would drop, turnover and profit margins could increase, and competitive strength would grow. Another key benefit of acquisition is that it could save ailing companies from collapse or value deterioration.”

He, however, observed that mergers and acquisitions could pose to stakeholders in an economy. “There is the risk of heightened monopoly powers which could lead to consumer exploitation, inefficiency due to absence of competition, and less choice for consumers.

“There is also the risk of loss of jobs especially from the entity being acquired. There are also concerns about the fate of the suppliers of the acquired entity. There is also the challenge of possible conflict of culture. These are the issues to worry about with the acquisition of HFMP.

“All of these concerns underscore the imperative of effective regulation to protect consumers in a monopolistic environment, which demands that the regulatory authorities must be alive to their responsibilities. The Federal Competition Commission needs to step up and live up expectations,” Yusuf said.

The Director General of the Nigerian Association of Chambers Of Commerce, Industry, Mines and Agriculture (NACCIMA), Ambassador Ayo Olukanni, told THISDAY that NACCIMA has full confidence in the Securities and Exchange Commission (SEC); which is charged with regulating the capital market with a view to protecting investors, to ensure that all regulations for the acquisition of shares are complied with.

Olukanni said: “In my view, as long as no non-compliance issues, the acquisition of majority shares in HFMP of Nigeria is a welcome development, as it shows investor confidence in the Fast Moving Consumer Goods (FMCG) sector of the economy.”
He, however, noted that the short-term effect of this deal would be stronger oligopolistic tendencies in the food segment of the Nigeria manufacturing sector. “It is my strong belief that in the medium to long-term, the sector would witness an influx of investment as other entities seek to compete in the space. While an oligopoly is more likely, I firmly believe that the food segment of the Nigerian manufacturing sector is too large for any single company,” he said.

But a Financial Analyst and Chief Executive Officer of BIC Consultancy Limited, Dr. Boniface Chizea, told THISDAY that it is too early for commentators to start worrying about a possible emergence of a monopoly in Nigerian food market industry.

Chizea said: “This, therefore, is not the time to worry about the evolution of monopolistic situations or any such related considerations. The focus right now should be on the sustainability of operations to preserve shareholders value, maintain and possibly grow employment opportunities and continue to contribute to the growth prospects of the Nigerian economy.

The threat of an emergence of monopolistic competition in the flour milling industry in Nigeria should not be dismissed with a wave of hand. A KPMG report in 2016 stated that the FMN, Olam International and Dangote Flour Mills were Nigeria’s three biggest wheat flour millers, controlling 75 per cent of the industry’s capacity. The report said that the trio of FMN, Olam and Dangote controlled 32 per cent, 24 per cent and 19 per cent capacity respectively in the industry as at 2016.

Today, the emerging scene points toward a duopoly, which is a market situation between two sellers, namely between the FMN and the Olam Group. Olam is the parent company of Crown Flour Mills (CFM) that acquired Dangote Flour Mills in 2019.
THISDAY’s investigation revealed that about 21 flour mills might be operating in Nigeria. A substantial part of this number is owned by the FMN, the Olam Group and the Chaguory Group.

The flour mills are the FMN, HFMP, CFM, and Life Flour Mill Limited which later entered into partnership with the Mount Olive. Others are Northern Nigeria Flour Mill Plc where the FMN is reported to have 53.06 per cent stake,.

There are also Cowrie Flour Mills Limited, Gombe Dadaka International Flour Mill and Ideal Flour Mills. The Ikan Power Flour Mills, according to one of its managers, Mrs. Josphine Kanu, suspended production since two years ago due to high cost of importation of raw materials. She told THISDAY on Saturday that she hoped that government would introduce measures to resuscitate the factory.