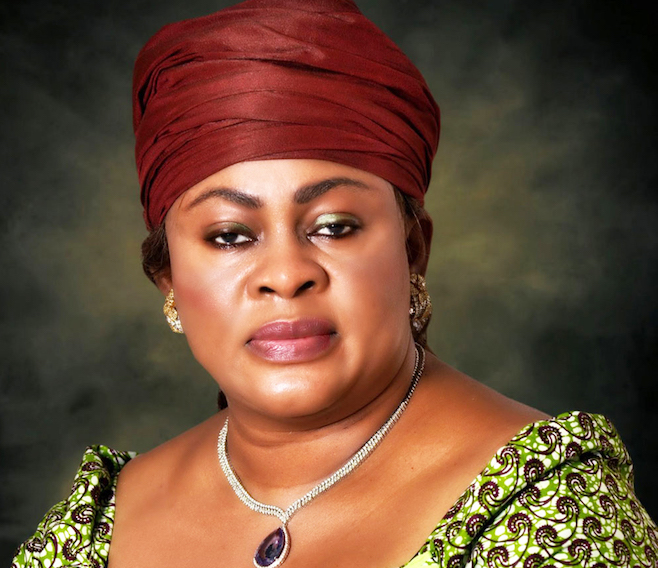 The scheduled arraignment of the Senator Representing Anambra North, Senator Stella Oduah, before a Federal High Court in Abuja for the sixth consecutive time, suffered yet another setback on Monday.

The Economic and Financial Crimes Commission (EFCC) is seeking to arraign Oduah, who is also a former Aviation Minister under former President Goodluck Jonathan, over an alleged N5 billion fraud.

The lawmaker and eight others were scheduled for arraignment before Justice Inyang Ekwo yesterday, November 22, however, the arraignment could not go on following some observations by her lawyer.

When the matter was called, the senator and three others were to enter into the dock for their pleas before counsel to 7th and 8th defendants, Ogwu Onoja (SAN) objected to the arraignment on the grounds that his clients are being persecuted by EFCC.

The senior lawyer insisted that the aggrieved defendants had petitioned the Attorney General of the Federation (AGF), Mr. Abubakar Malami (SAN), seeking for a review of the charges against them.

He tendered certified true copy of the AGF’s letter as received by the EFCC chairman and urged the court not to go ahead in the arraignment until the petition has been resolved in the interest of justice.

However, counsel to EFCC, Mr. Ofem Uket, denied knowing anything about the AGF’s letter adding that as a staff of EFCC, he was just sighting the letter for the first time in court.

The counsel urged the court to disregard the petition by the defendants and proceed to arraign them.

He said that the AGF would have come to the court if he had any opposition to the arraignment.

However, Justice Ekwo said that since the petition was raised as both statutory and constitutional matter by the defendants, he would not proceed.

The judge then ordered counsel in the matter to file written addresses for and against the issue raised in the open court and exchange same on the competence of the charges before the adjourned date.

Justice Ekwo fixed February 10, 2022, for adoption of the written addresses and also ordered that Mrs. Oduah and other defendants in the charges should continue to enjoy the bail earlier granted them.

Oduah’s planned arraignment for November 22 in the corruption charges had before now, been stalled five times due to her persistent absence in court and public holiday.

Justice Ekwo had on July 12 threatened to issue bench warrant for her arrest should she fail to make herself available for arraignment on the then adjournmed date of October 19, which later fell on Eid-el Maulud holiday.

The arrest threat was issued following her nonappearance to honour court proceedings of July 12 without any explanation from her side.

The EFCC is alleging that Oduah misappropriated about N5 billion public funds while serving as Aviation Minister under former President Goodluck Jonathan’s administration.

They are charged with conspiracy and money laundering as well as maintaining anonymous bank accounts.