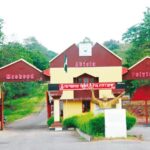 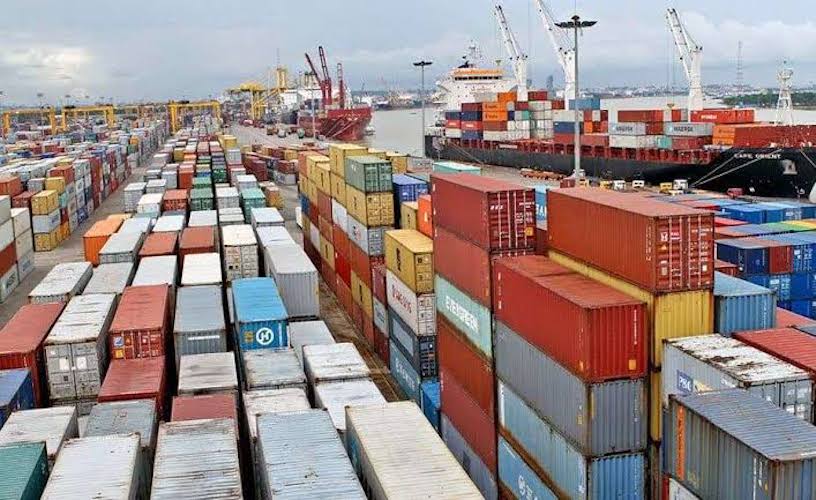 Nigeria is believed to have the most robust port infrastructure in the sub-region, but port users have continued to struggle with huge economic costs due to inefficiencies arising from unfavourable export and import processes.

Over the years, the Nigerian Ports Authority (NPA), has made several interventions to resolve the incidence of heavy vehicular and human congestion around the country’s seaports and off-dock terminals, especially those within the Lagos axis where a large chunk of the nation’s external trade is processed.

After experimenting with a manual truck scheduling arrangement for over a year, the NPA came up with an electronic truck call-up system in February, to tackle the perennial traffic gridlock responsible for the delay along the access roads leading to the country’s two busiest ports.
The truck call-up system, dubbed “Eto”, the Yoruba word for “to schedule”, is now the only authorised pathway for cargo trucks to access the port, including transfer of empty containers by shipping companies.

Mr Ibrahim Nasiru, NPA’s Assistant General Manager, Corporate and Strategic Communications, in a statement, insisted that, “henceforth, all trucks doing business at the ports in Lagos will be required to park at approved truck parks until they are called-up into the port through “Eto”, the new application.

“The ‘Eto’ application will be responsible for the scheduling, entry and exit of all trucks into the port with effect from 27th February 2021,” the statement said.

With the deployment of “Eto”, truck companies, terminal operators and freight agents are required to download the app, and then proceed to create an account to monitor the schedule and movement of their trucks in and out of the port.
According to the managers of the e-call up system, Messrs Trucks Transit Parks Ltd (TTP), benefits to subscribers of “Eto” include increased returns on logistics investment while maximising time per trip.

Others include the easing of truck traffic congestion and streamlining cargo movement activities, smart parking for trucks, information navigation options for truck owners/drivers on available parking spaces, as well as convenience and safety for drivers at designated truck transit parks.

From available accounts, the roll-out of the electronic truck call-up platform proved to be a game-changer with its instant positive impact on the carriage cost of goods at the two Lagos ports.
The haulage fee imposed on fully laden containers from the Lagos Ports Complex, Apapa to a destination within the Lagos area fell substantially in the week the “Eto” app was formally launched.

Similarly, carriage cost from Tin-Can Island Port to warehouses within Lagos State dropped progressively by the second quarter of 2021, according to the records.

However, in spite of the firm directive by the NPA that non-compliance to the use of “Eto” and its guidelines would result in denial of access into the ports, impounding of trucks and withdrawal of registration or operating license, investigation has shown that some truck drivers and their collaborators appear bent on derailing the system.

While the responsible trucking companies continue to follow due process, the actions of some desperate truck drivers have become a big worry to the NPA. After the smooth process witnessed in the early weeks following the launch of the “Eto” app, vested interests responsible for the sorry traffic situation around the port began to push back.

Truck owners, allegedly in collusion with state agents including NPA security staff, began to willingly circumvent the process.
Allegations of forgery of transit e-tickets and selling of tags to truck drivers by unscrupulous TTP employees were rife, while cries of extortion by security operatives assigned to monitor traffic along the port corridor became increasingly strident. Those benefiting from the existing disorder seemed determined to preserve the status quo.

But TTP and the manager of the “Eto” platform say that the challenges are being addressed frontally, with Chief Operating Officer of TTP, Temidayo Adeboye, describing the “Eto” technology as the right solution toward resolving the chaos and corruption around the movement of trucks, especially to the Lagos ports.
“We deployed the right technology to drive the process and it was a very reliable system; it was organised, and guaranteed easy control of traffic. But as they say, when you fight corruption, it will fight back. There were lots of money that were changing hands and people were profiting from the chaos and weren’t happy when TTP came on board,” he explained.

Determined to restore port users’ confidence in the electronic truck call-up system as witnessed in the early days of its roll-out, Acting Managing Director of the NPA, Malam Mohammed Bello-Koko’s first public action when he assumed office in early May, was a visit to the Lilypond Terminal described as the theatre of operations for “Eto”.
His mission was to re-assess the quality of infrastructure and operational framework deployed by the system manager.

Bello-Koko, while interacting with haulage operators and drivers during his visit, assured them of NPA’s commitment to speedily resolve all teething challenges against the smooth implementation of the call-up system.
He promised that both the online scheduling process and truck transit arrangement would be fine-tuned to check manipulation and other vices associated with the new arrangement.

“We will ensure that the entire process is fully automated and secured to prevent counterfeiting, while priority will be given to export cargoes in line with the economic diversification agenda of the Federal Government.

“I have directed that action be taken immediately to improve the overall efficiency of the truck scheduling system for the benefit of its subscribers,” the NPA boss said.

The improvements he demanded from TTP included immediate deployment of physical infrastructure such as bollards, spikes and automated barriers and the installation of CCTVs at the port’s entry and exit points.

He also called for the hiring of quality and experienced human resources, improved response time to customers’ demands, and better information sharing with other designated transit park operators.

To further ensure that the goal of “Eto” was not derailed, Bello-Koko met with the Lagos State Governor, Mr Babajide Sanwo-Olu, to fine-tune strategies to curb indiscriminate parking and alleged extortion of truck drivers by traffic and security operatives on the access roads leading to the ports.

The NPA and Lagos State government resolved to collaborate more on enforcement of traffic rules by rejigging the security architecture on the port access roads which had been fingered as a major contributor to the delays and alleged extortions along the corridors.

Arising from the meeting, it was agreed that henceforth, monitoring and traffic enforcement within the port corridors would be round–the-clock. Sanwo-Olu also promised to engage owners of oil tank farms and representatives of petroleum workers’ unions to key into the “Eto” platform, to put an end to the indiscriminate parking of oil and gas trucks on the port access roads.

The governor stressed that private operators in the ports must play their part toward ensuring that ports in Lagos were transformed into logistics centres of excellence.

According to the new measures, henceforth, a daily manifest will be generated by TTP for all trucks approved to access the port.

The manifest will be shared with all customers (subscribers), while truck owners will inform the drivers of trucks on the list/manifest to proceed to their various port destinations according to their allotted time as stated in the manifest.
The manifest for each day’s movement will be circulated by 10 p.m. of the previous day and all movements will be done strictly in accordance with approved time belt for each truck category.

The trucks that will be on the manifest are those that emanate (i.e. pre-gated out) from truck parks approved by NPA/LASG, while the status must show “left Pre-gate” on the “Eto” dashboard.
The new measures also stipulated that all trucks must physically be situated in their respective truck park or pre-gates before being called out or pre-gated out, as applicable, with any truck or truck park found not complying blacklisted, or shut down.

At the port end, TTP must ensure that only trucks on the manifest gained access into the port while NPA provides security.

To affirm seriousness, some truck parks were recently suspended for some infractions.

To ward off extortions, the new measures stipulated that after a ticket had been duly issued, it is the responsibility of the truck owner/driver to secure it as no other law enforcement agent is authorised to check driver’s call-up tickets.

The truck status could be validated by law enforcement officials using the manifest as published, and the truck’s registered plate number, while LASG/LASTMA shall impound all trucks not on the manifest but hanging around port locations at any-time, without additional notice.

Analysts have hailed the renewed zeal for the success of the “Eto” app, especially in view of the enormous impact of the Apapa traffic situation on socio-economic activities in Lagos.

They have also commended the current efforts of Bello-Koko who, they recalled, had played a major role in the conceptualisation and eventual roll-out of the electronic truck call-up system while serving as NPA’s Executive Director, Finance and Administration.

They believe that the “Eto” initiative, if effectively deployed, will bring an end to the intractable vehicular gridlock on the access roads leading to the country’s two busiest seaports.

They, however, emphasised the buy-in of the port community, noting that such support was critical to success.

“The ‘Eto’ system must be supported to succeed to keep the Nigerian port economy on the path of efficiency and growth; it is an intervention too good to fail,” he said.

… Sheyin writes for the News Agency of Nigeria (NAN).