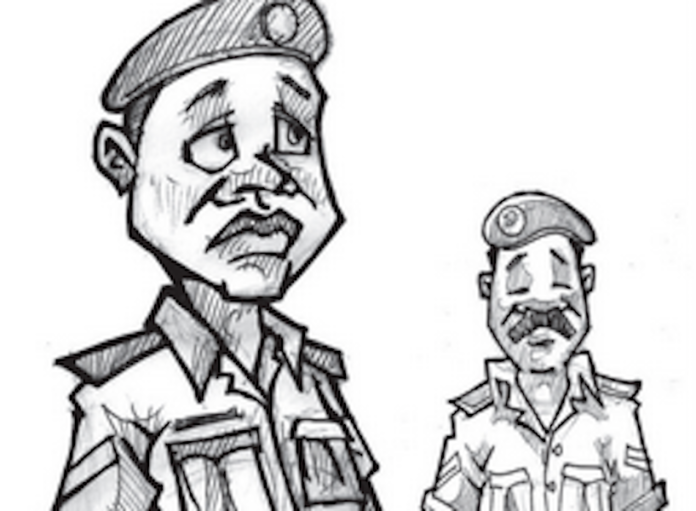 The peace mission to Somalia is ill-advised

Amid the security crisis ravaging the nation, a contingent of 144 police officers was recently deployed in Somalia to help secure the country. The Somalian Police Operations coordinator, Daniel Ali Gwambal, said the Nigerian contingent would work with their officers in providing personality escort and protection services, training and assisting the Police Force in public order management, conducting joint patrols with their Somali counterparts and securing key government installations.

First, we recognise that the fact that a nation is beset with internal security challenges does not absolve it of its international obligations. Moreover, in successive United Nations assignments, the Nigerian police contingent has repeatedly stood out for distinction. The size of the contingent is also relatively modest when compared to the number of police personnel that are illegally drafted to private security protection of musicians, rich comedians, federal and state legislators, private businessmen, traditional rulers and local government officials. Unwittingly, the Somalia experience may be good preparation for our police in view of the rapid descent of our own country into Somalia-type anarchy.

However, many security analysts have queried the decision in the face of widespread security challenges across the nation. Nigeria is in grave danger. It is at war on all fronts. There is pervasive fear and insecurity everywhere. Most Nigerian communities are un-policed or under-policed. Besides the decade-long insurgency in the Northeast by the extremist Islamic sect, Boko Haram, there is a disturbing wave of criminality across the country. Kidnappings, banditry and armed robberies have become a daily routine. Indeed, in the latest Global Terror Index released recently, Nigeria is ranked the third most insecure nation while Somalia is fifth.

The police are so overwhelmed that the military has long been drafted to 33 of the country’s 36 states to perform major police function of internal security. Besides, many of the officers and men are also victims of the general banditry and criminality in the society. A report released earlier in the year said some 497 police officers and men were killed in the last eight years. Unfortunately, the numbers are going up as criminals have become more brazen. In the last few weeks, many policemen have been slaughtered, many of them on their beats. It is little wonder that President Muhammadu Buhari last week sought assistance from the United States to help maintain the peace.

The police force inability to perform satisfactorily is accentuated by acute manpower shortages. The United Nations recommended ratio of 1: 400 is obeyed more in the breach. Nigeria has a police force of about 370,000, serving a population of about 200 million, a ratio of more than 1: 540. This is grossly inadequate. Egypt, for instance, has a ratio of 1: 186 while South Africa is 1:366. The authorities have been for years trying to recruit more law enforcement officers to make up the deficit to no avail. The poor staffing is worsened by the deployment of police personnel to secure prominent people in society at the expense of many communities.

Perhaps a professional and well-structured police would manage to make up for the shortfall by going all out to gather crucial intelligence to fight crimes. But the police are ill-motivated and professionally ill-equipped to perform their important duty of protecting the people. As the situation is, what the country can boast of at present is a police force that is easy game for a more sophisticated world of crime. At a time many Nigerians have expressed displeasure with the growing trend of soldiers taking over civil and security duties that are constitutionally reserved for the Nigeria Police Force, we do not believe that our charity should begin abroad.