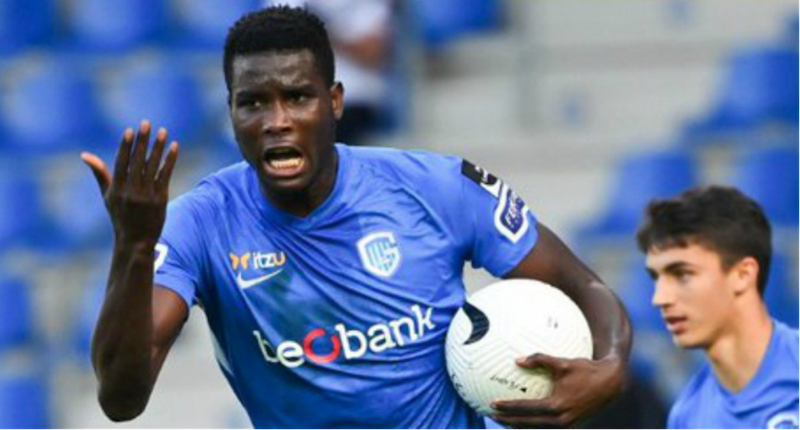 Paul Onuachu becomes only the second player to score 30 league goals in Europe’s top 10 leagues this season and the first Nigerian to reach that mark as he was on target in Racing Genk 3-2 win against Royal Antwerp in a Belgian First Division A clash at Bosuilstadion yesterday.

With his second half strike, the Nigeria international has taken his goal total for the season up to 30 in the league, with 29 registered in the regular season.
He is the second player to reach 30 goals over the same campaign in the 21st century after Wesley Sonck in 2001-2002.

Since Onuachu returned from international duty this month, he has scored in each of his last four games in the league, starting with the win at OH Leuven, before strikes against Sint-Truiden and Antwerp twice.

The former FC Midtjylland man won his first silverware in Belgium last weekend as Genk defeated Standard Liege in the Belgian Cup final.
Onuachu found the back of the net twice in the Beker van Belgie, making it 32 goals in all competitions in 2020-2021.