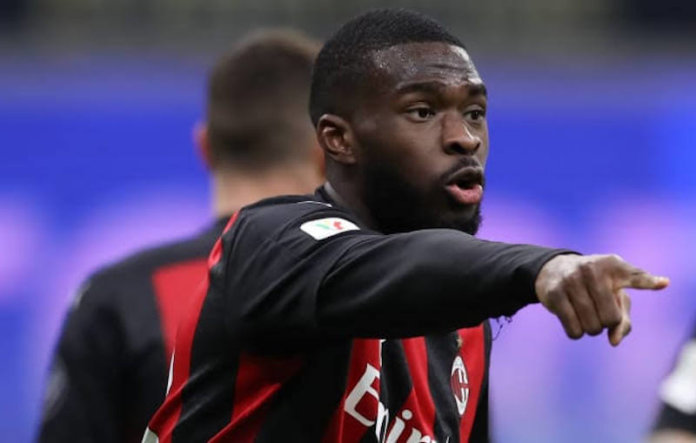 AC Milan hope to negotiate a lower price tag for Chelsea’s Fikayo Tomori with a view to a permanent move for the loanee this summer.

Tomori joined the Rossoneri on loan with an option to buy in January having struggled for minutes under Frank Lampard in the first half of the season, and has seriously impressed since arriving at San Siro.

The defender has settled in seamlessly and forced Stefano Pioli to bench regular captain Alessio Romagnoli, meaning a permanent deal is an attractive option.

Italian journalist Nicolo Ceccarini spoke to milannews.it (as quoted by sempremilan.com) and claimed that Tomori’s form is not a surprise to the Milan camp, who had been interested in him prior to the January transfer window.

“If Maldini and Massara move towards a target it means that they are very convinced of his physical and technical qualities,” he claimed, before discussing the intricacies of a permanent deal.

“Tomori has done very well and I believe that Milan will try to sign him, but trying to lower the amount agreed for the option to buy with Chelsea.”

Milan initially managed to agree on an option to purchase the 23-year-old at the end of the loan spell for a fee of around £25m plus add-ons, but would prefer to negotiate a lower fee in order to secure him beyond the end of the season.

Ceccarini insisted that Milan see him as ‘right’ and are convinced by the England international, thus confirming that he doesn’t have doubts over the Rossoneri’s wishes to sign him permanently.

Tomori had made just one Premier League appearance this season for Chelsea before deciding to move abroad in January. He has already made eight appearances in Serie A and played every minute of all four of Milan’s Europa League knockout stage fixtures.

His performances have quickly impressed Pioli, but also Milan’s technical director and legendary defender Paolo Maldini, who has been quick to praise his impact since his arrival.