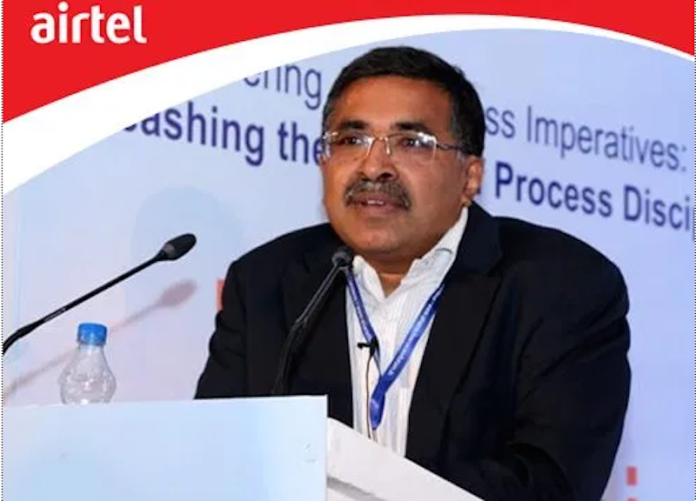 The recent investment of $200 million in Airtel Africa’s mobile money business by The Rise Fund will further enhance financial inclusion in Nigeria, since the country is one of the 14 African countries, where Airtel Africa currently operates, writes Emma Okonji

The initiative of the Central Bank of Nigeria (CBN) to deepen financial inclusion in Nigeria since 2012, through the adoption of a National Financial Inclusion Strategy (NFIS), designed to on-board the unbanked and make them financially inclusive, using the digital platform of telecoms operators, has received another boost, with the recent investment of $200 million in Airtel Africa’s mobile money business by The Rise Fund, a global impact investing platform.

Based on the investment plan and the signed agreement, The Rise Fund will be investing $200 million in Airtel Africa’s mobile money business, at $2.65 billion valuation on a cash and debt-free basis.

Industry stakeholders have hailed the decision of The Rise Fund to invest in Airtel Africa’s mobile money, expressing happiness that the funds will help Airtel Nigeria to rollout out its robust financial inclusion strategies, especially in rural communities, where many Nigerians are still financially exclusive.

Airtel Africa, provider of telecommunications and mobile money services, with presence in 14 African countries, Nigeria inclusive, last week, signed an agreement with The Rise Fund, the global impact investing platform, and it will be investing a whopping $200 million in Airtel Africa’s mobile money business, at $2.65 billion valuation.

According to a statement issued by Airtel Africa, and signed by the Group Company Secretary, Simon O’Hara, “The Rise Fund will hold a minority stake in AMC BV upon completion of the transaction, with Airtel Africa continuing to hold the remaining majority stake. The transaction is subject to customary closing conditions including necessary regulatory filings and approvals, as necessary, and the inclusion of specified mobile money business assets and contracts into AMC BV. The transaction is the latest step in the Group’s pursuit of strategic asset monetisation and investment opportunities, and it is the aim of Airtel Africa to explore the potential listing of the mobile money business within four years.”

The Group is in discussion with other potential investors in relation to possible further minority investments into Airtel Money, up to a total of 25 per cent of the issued share capital of AMC BV.

According to the statement, the proceeds from the transaction would be used to reduce the Group’s debt and invest in network and sales infrastructure in the respective operating countries.

CEO of Airtel Africa, Raghunath Mandava, said: “In line with our vision of enhancing financial inclusion, Airtel Africa offers a unique digital mobile financial services platform under the Airtel Money brand. In most of our markets, there is limited access to traditional financial institutions, and little banking infrastructure, with less than half of the population having a bank account across sub-Saharan Africa. Our markets therefore afford substantial market potential for mobile money services to meet the needs of the tens of millions of customers in Africa, who have little or no access to banking and financial services, and this demand is driving growth.

“With the announcement, we are pleased to welcome The Rise Fund as an investor in our mobile money business and as a partner to help us realise the full potential from the substantial opportunity to bank the unbanked across Africa, Mandava said.

Partner at TPG, who leads Africa investing for The Rise Fund, Yemi Lalude, added: “Financial inclusion is a global issue that is most acute in Africa. Through Airtel Money, Airtel Africa has built a unique platform that is closing the gap between traditional financial institutions and the millions of unbanked Africans across the 14 countries where Airtel Africa operates.”

Although mobile money services are available across the Group’s 14 countries of operation, in Nigeria, the Group offers Airtel Money services through a partnership with a local bank and has applied for its own mobile banking licence. The intention is that all mobile money operations will be owned and operated by AMC BV.

In its most recent reported results for Q3, the mobile money service segment that is corresponding to all the businesses that are intended to be transferred to AMC BV, delivered a strong operational performance. The segment, according to a statement issued by Airtel Africa, generated revenue of $110 million ($440 million annualised), and underlying EBITDA of $54 million ($216 million annualised) at a margin of 48.7 per cent. The Year on Year revenue growth for the quarter was 41.1 per cent in constant currency, largely driven by 29 per cent growth in the customer base to 21.5 million, and 9.7 per cent ARPU growth. Growth in transaction value was 53.0 per cent to $12.8 billion ($51 billion annualised), the statement further said.

“Our mobile money business benefits from strong network presence with our core telecom business through the extensive distribution platform of kiosks and mini shops as well as dedicated Airtel Money branches supplementing our extensive agent network, to facilitate customers’ assured wallet and cash.

“We have a clear strategy to continue to drive sustainable long-term growth in Airtel Money with a focus on assured float availability, distribution expansion and increased usage cases for our customers. In this year alone we have added partnerships with MasterCard, Samsung, Asante, Standard Chartered Bank, MoneyGram, Mukuru and WorldRemit to expand both the range and depth of the Airtel Money offerings and to further drive customer growth and penetration. The profits before tax in the full year ending 31 March 2020 and the value of gross assets as of that date, attributable to the mobile money businesses were $143.4 million and $463.2 million, respectively,” the statement added.

Key elements of the transaction according to the statement, indicated that a newly incorporated investment vehicle of The Rise Fund would invest $200 million through a secondary purchase of shares in AMC BV from Airtel Africa. The transaction will close in two stages. $150 million will be invested at first close, once the transfer of sufficient mobile money operations and contracts into AMC BV has been completed, with $50 million to be invested at second close upon further transfers.

The statement further said: “Airtel Africa aims to explore the potential listing of the mobile money business within four years. Under the terms of the transaction, and in very limited circumstances (in the event that there is no Initial Public Offering of shares in AMC BV within four years of first close, or in the event of changes of control without TPG’s prior approval), TPG would have the option, so as to provide liquidity to them, to sell its shares in AMC BV to Airtel Africa or its affiliates at fair market value that will be determined by a mutually agreed merchant bank using an agreed internationally accepted valuation methodology. The option is subject to a minimum price equal to the consideration paid by The Rise Fund for its investment (less the value of all distributions and any proceeds of sale of its shares, and with no time value of money or minimum return built in) and a maximum number of shares in AMC BV such that the consideration does not exceed $400 million.”

The transaction is expected to reach first close over the next three to four months. From first close, The Rise Fund will be entitled to appoint a director to the board of AMC BV and to certain customary information and minority protection rights, the statement added.

Speaking on the impact that the investment deal will have on Nigerians and the financial inclusion drive of the CBN, the President, Association of Telecoms Companies of Nigeria (ATCON), Mr. Ikechukwu Nnamani, said the investment would further deepen financial inclusion in Nigeria, since Airtel Africa operates in Nigeria as Airtel Nigeria, that is fully involved in enhancing digital financial services across the country.

According to Nnamani, this is a welcomed development. This is in line with other recent major announcement in the Fintech space like Paystack, Flutterwave, and Kuda. This will not only deepen innovation in the Fintech space in Nigeria, but will also lead to employment creation, financial inclusion, extend financial services to the unbanked and improve foreign direct investment in the country. The Fintech service providers are members of ATCON and we are glad this is happening at this time.

In 2012, the Central Bank of Nigeria (CBN) adopted the National Financial Inclusion Strategy (NFIS). The Strategy defined a set of targets for products, channels and enablers of financial inclusion. The Key Performance Indicators (KPIs) were defined, based on the various dimensions of financial inclusion, including access, usage, affordability, appropriateness, financial literacy, consumer protection and gender. In line with the 2012 NFIS monitoring plan, a review was carried out from October 2017 to June 2018 based on research reports, data analysis and stakeholder engagements. The exercise aimed to understand the state of financial inclusion in Nigeria, assess past approaches and lessons learnt in order to prioritise the most critical interventions to achieve the NFIS objectives.

Airtel Africa is a leading provider of telecommunications and mobile money services, with a presence in 14 countries in Africa, primarily in East Africa and Central and West Africa. Airtel Africa offers an integrated suite of telecommunications solutions to its subscribers, including mobile voice and data services as well as mobile money services both nationally and internationally. The Group aims to continue providing a simple and intuitive customer experience through streamlined customer journeys.

With more than $5 billion in assets under management across its platform, The Rise Fund works with growth-stage, high potential, mission-driven companies that have the power to change the world. Headquartered in San Francisco, The Rise Fund was founded in 2016 to deliver deep expertise in business solutions to help achieve the United Nations’ Sustainable Development Goals (SDGs).

As part of TPG, The Rise Fund offers investment resources, business-building skills, rigorous measurement and a global network to help portfolio companies accelerate growth and impact. With the ability to invest across a wide variety of sectors and countries at scale, The Rise Fund focuses on opportunities in education, energy, food and agriculture, financial technology, healthcare and technology.