How Buhari Shut Down $418m Paris Club Refund 4 hours ago 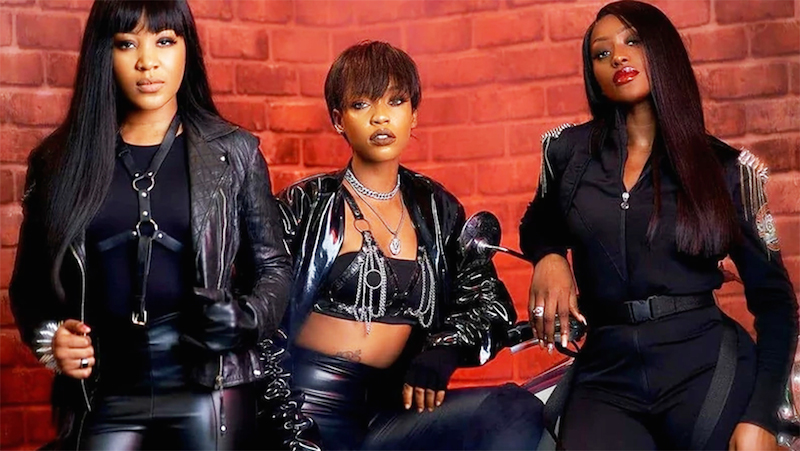 Upcoming Nollywood drama, ‘Devil in Agbada’ by ChinneyLove Eze is all about three young strangers teaming up to bring down a very ruthless politician. How far did these girls go in their mission? Ferdinand Ekechukwu reports

Ace filmmaker ChinneyLove Eze has released the official posters for her movie “Devil in Agbada“, and it features some of the finest Nollywood actors like BBNaija reality star Erica Nlewedim, alongside Linda Osifo and Efe Irele as the lead cast. Devil in Agbada also stars Uche Jombo, Desmond Elliot, Uzor Arukwe, Soso Sobrekan and Nosa Rex join the film’s cast in supporting roles. While a release date is yet to be confirmed, the action drama will premiere later in the year.

Unveiling the forthcoming movie, the producer ChinneyLove wrote: “Our unveiling was nice abi? We try small? Nobody got two of my cast names complete so I will keep my money and add to the one I have for the movie! Happy people. Happy faces.Thank You For All The Love Shown So Far! I Feel Very Happy! We Still Have A Lot Of MED Pictures We Haven’t Released… Shoot Starts This Month! And Devil in Agbada will be out in summer!”

The story follows three young strangers team up to bring down a very ruthless politician in a mission that involves infiltrating his heavily guarded and impenetrable mansion. In a post shared by all three lead cast and the producer via their Instagram handles goes with the following caption: “Something exciting is coming to a cinema near you this 2021 courtesy Chinneylove Eze Productions!

Synopsis: Three young strangers team up to bring down a very ruthless politician in a mission that involves infiltrating his heavily guarded and impenetrable mansion. Meet the three leading women in Devil in Agbada – @ericanlewedim @efeirele and @lindaosifo who will be taking you on this roller coaster journey that will leave you screaming, giggling and clamping your feet’s all at the same time! . . .”

This movie is produced by @chinneyloveofficial who also brought you ‘Hire a man’ and ‘Hire a woman’”. For one of the lead cast Erica, this will be her first feature after the Big Brother Naija show. But not her first time working with the producer, ChinneyLove. She had featured in ‘Hire A Woman’ by Chinneylove Eze. The producer, Chinney, made box office name at 28 when her first movie registered as one of Nollywood sold out movies at N45 million gross earning with impressive runs in 2017.

Formerly an actress, who has been cast in over 12 movies, Chinneylove delved into movie production with her debut movie The Cartel (2012).The movie got massive buzz and bagged five nominations at ZAFAA awards as well as four nominations at the Best of Nollywood Awards. Credited as one of the youngest producer to grace the Nigerian film industry, ChinneyLove Eze as she is fondly known is also the producer of Maduka’s Daughters which marked the beginning of her journey in 2013. She is inspired by producers like Emem Isong and Kunle Afolayan. In 2018, she released a romantic comedy called June.