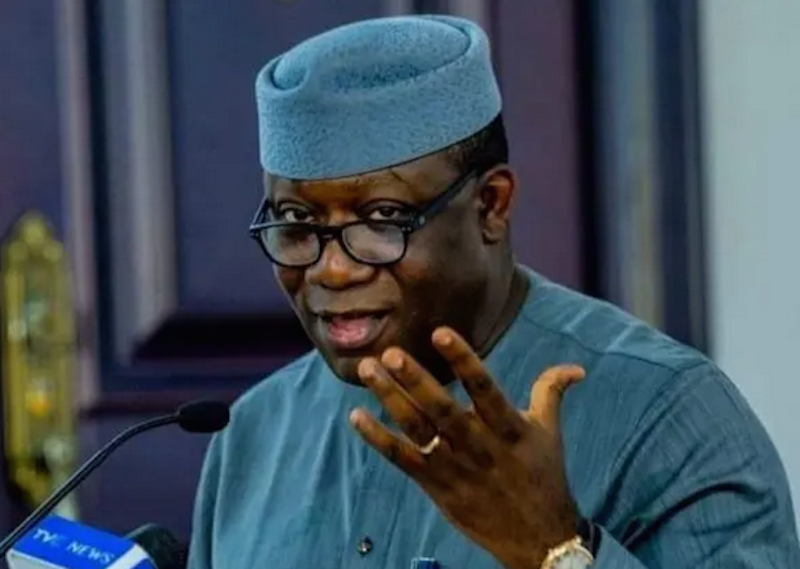 The Chairman of the Nigeria Governors’ Forum (NGF) and Governor of Ekiti State, Dr. Kayode Fayemi, has observed that the prevailing insecurity across the country is calculated to destroy Nigeria.

Fayemi stated this in Minna on Tuesday when he led a high-powered delegation of the forum to commiserate with the government and people of Niger State on the series of kidnapping the state had experienced in recent times, the last being the abduction of 27 students of Government Science College, Kagara, some of their teachers and family members.

Fayemi said: “The agenda is to destroy the Federal Republic of Nigeria. Let’s not make any mistake about it, that is the ultimate agenda.

“We will fight this agenda with every fiber in our body and indeed we will fight it in order to save our country.”

He also said what the country is witnessing is terrorism which every hand should be placed on the deck to defeat it.

“What we are witnessing is terrorism; there is no other name for it. Yes, we may call it banditry, we may call it kidnapping; these are remnants of the actors of the North-east that have found themselves in other parts of the country whether they are known as ISWAP, or Albanawi faction or known as Shekau people. They are remnants of what we are still dealing with in that part of the country,” Fayemi declared.

The NGF chairman charged Nigerians not to give up hope, saying: “Even in this difficult times, we must put all our efforts together, demonstrate resilience, reassure our people not to give up hope because we can only defeat terrorism collectively not in isolation.”

He noted that what Nigerians want is to sleep with their two eyes closed not to trade blame or engage in a circle of lamentations, insisting that the citizens want the governors to fix the problem of insecurity.

Fayemi therefore expressed the need for everyone to come together as a country instead of engaging in blame game either as leaders or citizens, suggesting also that the nation’s security institutions need to come together, adding that there should be better coordination, better sharing of intelligence and a concerted arrangement and synergy that will enable Nigerians defeat the menace.

He said the governors have identified with the struggle of the people of Niger State in the last two weeks, adding: “We feel your pains we feel your fears and anxiety” but reminded the people that the situation is not peculiar to the state.

In his remarks, the Niger State Governor, Alhaji Abubakar Sani Bello, described the visit of his colleagues as a morale booster to the government and people of the state, saying the kidnap of the school children was an agenda to stop people from going to school but said the agenda will fail.

Bello pleaded with the federal government to work with the states to find a lasting solution to the problem of insecurity in the country.