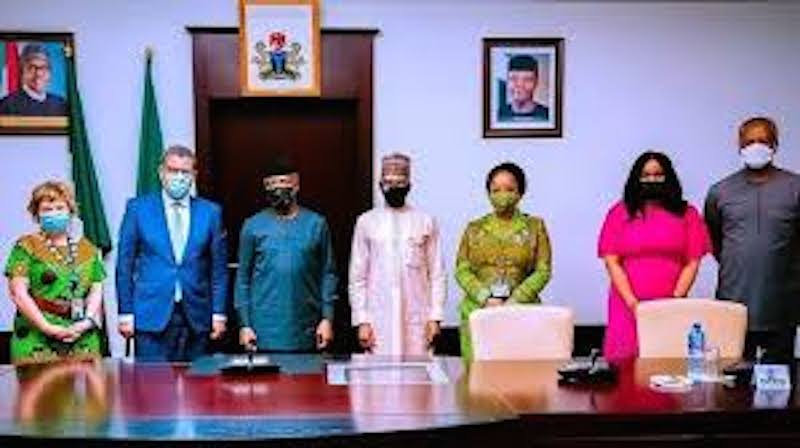 President-designate of the 26th United Nations Climate Change Conference of the Parties (COP26), Mr. Alok Sharma, has visited Nigeria to discuss how the United Kingdom can work with Nigeria to address its climate change challenges.

In his first visit to Nigeria in that position, Sharma who met leaders from government, the private sector and civil society, stressed the need for urgent climate change action ahead of the UK-hosted COP26 summit in November in Glasgow.

He added that the COP26 summit will bring parties together to accelerate action towards the goals of the Paris Agreement and the UN Framework Convention on Climate Change.

Sharma’s visit to Nigeria, he said, was part of a series of engagements between the UK and Nigeria and demonstrates continued cooperation ahead of the meeting.

As part of his itinerary, Sharma also met Governor of Ekiti State and current Chair of the Governors’ Forum, Mr Kayode Fayemi, President of Globe Nigeria, Samuel Onuigbo, and Ms Damilola Ogunbiyi, CEO and Special Representative of the UNSG for Sustainable Energy and Co-Chair of UN Energy.

Speaking, Sharma underlined the UK’s commitment to championing action to avert, minimise and address the loss and damage suffered by communities vulnerable to climate change.
He welcomed recent climate-positive steps Nigeria has taken, including progress on electricity sector reforms and the removal of the fuel subsidy and incorporating the solar home systems into Nigeria’s Economic Sustainability Plan.

He also welcomed the positive steps in signing up to the Global Ocean Alliance, the Commonwealth Clean Ocean Alliance, the Leaders’ Pledge for Nature, ratifying the Doha Amendment to the Kyoto Protocol and enabling the Amendment come into force and participating in the COP26 Energy Transition Council.

Sharma who used his high-level meetings to discuss how Nigeria could position itself as a climate leader at COP26, suggested that the country should submit a more ambitious Nationally Determined Contribution (NDC) by April 2021 with strengthened mitigation and adaptation measures.

He also advised on issuing more green bonds, submitting a long-term strategy ahead of COP26, setting out a low-carbon pathway to net zero, considering making political commitments before COP26 on the COP26 campaigns on adaption – by issuing an Adaptation Plan including funding needs and energy transition – by progressing the on-grid solar deals.
“As the incoming COP presidency, the UK takes its role seriously and seeks to raise ambition to tackle climate change globally.

“I’ve come here to meet your political and civil society leaders to discuss and see first-hand some of the many climate change vulnerabilities Nigeria faces.
“These include deforestation, rising temperatures and flooding, as well as the need to transition from oil to cleaner energies that will sustainably serve what is projected to be the world’s third most populous country by 2050,” he said.
British High Commissioner to Nigeria Catriona Laing, also speaking, said: “Climate change remains a global concern that requires collective efforts, and this visit underlines the UK’s support for Nigeria in its battle against climate change, while highlighting some of the important work we have already done together to protect livelihoods, lives and the planet.”