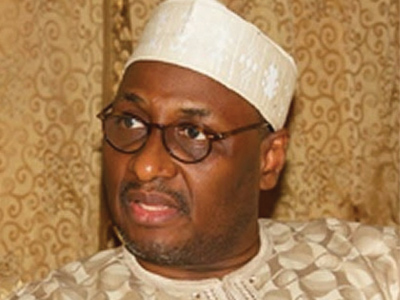 Ibrahim Sani draws attention to the leadership attributes of Dr. Ahmadu Adamu Mu’azu, while arguing that he qualifies for the job of president of Nigeria

It was Napoleon Bonaparte that said nothing is more difficult, and therefore more precious, than to be able to decide. Decision making is one of the most difficult tasks before any individual, organization or even a country. Once you get it right with your decision, the liquid of the other issues would take shape.

Today, political posters, agitations, lobbying, meetings and consultations are now being regurgitated ahead of the 2023 general elections and this calls for serious re-awakening as delay may be irredeemable especially having political ‘dancers’ that may not understand the rhythmic complexity of what the issues are and how to maximize resources and time to give Nigerians not just anything but what they yearn for in terms of good governance.

The political clouds are already gathering momentum and in no time, the rains would fall and it is in that light that many political strategists are beginning to come out of their vacations because the atmosphere is not such that permits delay especially in a country like Nigeria where decision making especially in politics is taking as a compulsory course for success.

Our huge population in Nigeria is a blessing in all aspects of life even in politics as it presents Nigerians with wide range of choices. We may have the human resource in terms of leadership but the challenge has always been the interest. No matter how good a leader may be by qualification or training, if his or her interest is not the people, you will get everything but good governance.

As 2023 gradually becomes the subject matter, the people’s interest must be prioritised and from that radar, positive-minded Nigerians are convinced that Dr Ahmadu Adamu Mu’azu, a thorough bred professional gentleman with both local and international backgrounds and whose interest in politics has remained the people deserved the big role in 2023.

Political leadership for many is to achieve personal ambition as those who in some cases seek power only do so for personal goal to become the number leader in a state or country but democracy is beyond personal interest it’s about the people and if that is taken out then leadership become business at the expense of the people’s resources.

As 2023 beckons and political faithful jostle for power we must look out for interests so we don’t regret after the next election. Dr Mu’azu has shown beyond reasonable doubt that he is not a leader that would prioritize personal interest over the interest of the people. This is because as a two time governor of the then Bauchi state, he fought for the people and made the people the centre of his policies.

His leadership style has redefined democracy in the state and even as a successful businessman; he has made impact and continued to engage the people on how the state and the country can be improved. With all sense of sincerity and responsibility, Nigeria will fare better under the leadership of Dr Mu’azu.

Dr Mu’azu is a complete leader having served in various capacities as a political leader and a successful businessman and public opinion over time has scored him high on issues of transparency and sincerity.

With the scarce resources and the dwindling future of oil, we don’t just need a leader who is good at managing resources but who is also transparent enough to ensure that governance is not shrouded in secrecy but subject to scrutiny. This kind of leadership that is accountable to the people is what Dr Mu’azu will bring to the table and that for many Nigerians would be a game changer. This is the kind of governance that Nigerians are really yearning for. Leadership that is owned by the people, driven by the people and given to the people; the legacy of Dr Mu’azu in governance as well as his wealth of experience will made that possible.

Dr Mu’azu is often regarded as the “golden” leader in contemporary time owing to the manner in which he consolidated upon what he met on ground as the then governor of Bauchi where he laid the foundation for a better and brighter future for citizens of the state. The democratic principles of Dr Mu’azu in influencing people-oriented policies that will help address the challenges of poverty and other issues which are drifting many into the risks of vulnerability, are no doubt the needed resource to help uplift millions out of poverty by empowering the ordinary people through various skills acquisition programmes which he initiated as a governor.

One of the biggest fears of Nigeria now is the issue of the economy and the need to build a stronger economy for the collective prosperity of Nigerians and as a professional and a successful businessman, Dr Mu’azu has the hidden formula to build a robust economy that will be driven by a functional system where everyone will be empowered to contribute their quota via all sectors of the economy to have an all inclusive growth which would be benefitting to Nigerians in both rural and urban settings.

As a leader who believes in equality through even development and all- inclusive growth, Dr Mu’azu will draw from this personality to spread good governance to every part of the country which will in more ways than one help address some of the hidden agitations in the country.

Amongst those who sees 2023 as a race to partake in, those who know the leadership capacity of Dr Mu’azu and have observed his administrative prowess in delivering on his mandate in any public assignment, it is clear that Dr Mu’azu has a commanding margin when compared with those vying for the position of the president.

As we go into 2023, the choices we make as Nigerians matter and we have the solutions in Dr Mu’azu to help bring a breath of freshness to governance in the country while consolidating on the achievements of the current administration to build a better and brighter future for the country. As the former Kenyan president, Jomo Kenyatta captures it *“our children may learn about the heroes of the past. Our task is to make ourselves architects of the future.’’* This should be our port of call as we get set to elect our leaders to take over and consolidate on the gains of this administration.

Those who clamour for Dr Mu’azu are doing so in the interest of the nation and the future. If we must truly be the architects of the future, we must choose those whose interest in politics is the people and since we have that in Dr Mu’azu, the best shot for 2023 as far as positive-minded Nigerians are concerned, we must rally round and ensure that we galvanise support for him because it is about our future as a nation.

Nothing else will matter if we don’t put the right persons in power at all levels of governance. Nigeria has come of age and we must rise beyond politics and give people in the ranks of Dr Mu’azu, the needed support to ensure that we build a nation that will set the pace in good governance and give direction to Africa as a continent in line with the original plan of our founding fathers.

As it is often said, prediction is often difficult especially if it’s about the future of a people but as a nation, we can make the right choice and ensure that we lay the right democratic tenet which anchors on the people and their interest and as far as the current trends are, as being observed by watchers of good governance, Dr Mu’azu outweighs other choices in terms of his interest for the people and his ability to use the resources of the people for the people; so let’s pitch our tent with him as we aspire for greatness from 2023.

Ibrahim Sani can be reached via shawai2000@yahoo.com