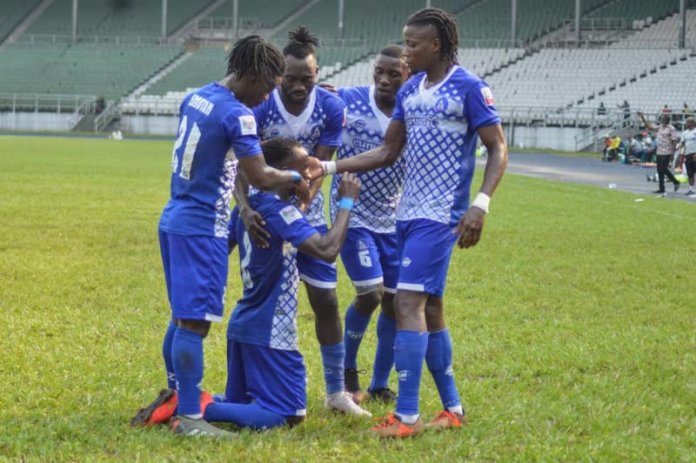 Rivers United FC defeated South Africa’s Bloemfontein Celtic 3-0 yesterday in Port Novo, Benin Republic to set up a mouth-watery clash with Nigeria’s other representatives in the playoff for the ticket to the group stage of the CAF Confederation Cup.

Before yesterday’s victory at the Stade Charles De Gaulle in Port Novo, the Pride of Rivers people had won the first leg 2-0 in South Africa to qualify 5-0 to the playoff.

The reverse fixture would have taken place in Port Harcourt by for inability of the South Africans to secure entry into Nigeria due to Covid-19 restrictions.

Godwin Aguda opened scoring for Rivers United in the first minute of the game.

Fortune Omoniwari put the game beyond the South Africans when he added the third four minutes after the break.

The People’s Elephant will host Rivers Utd in the first leg in Aba on 14th February, while the reverse fixture takes place a week later in Port Harcourt.