Massive Crowd March for Peter Obi in Abuja 4 hours ago

Obi to Youths: Obtain Your PVCs to Vote Competent Candidates 5 hours ago

THE TRIAL OF BISHOP KUKAH 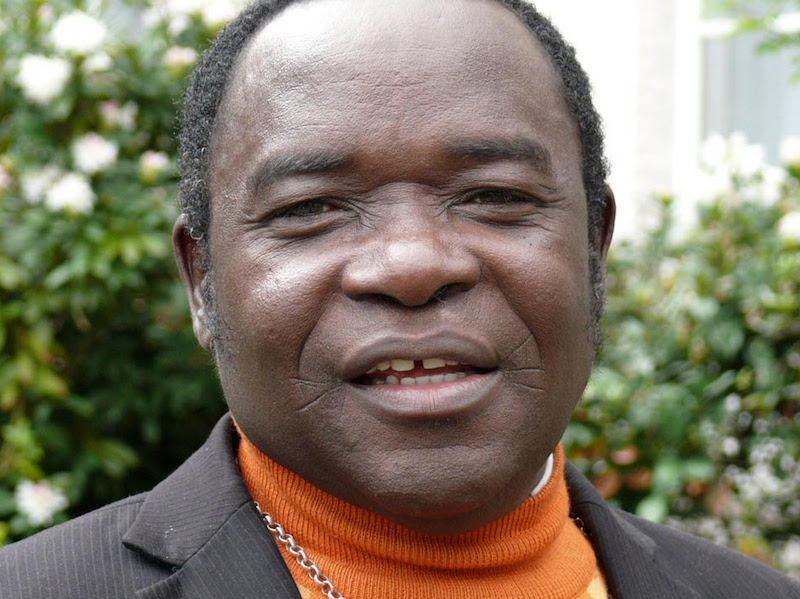 The Catholic Bishop of Sokoto has the right to express an opinion, argues Sonnie Ekwowusi

I had thought the media trial of Catholic Bishop of Sokoto Matthew Hassan Kukah over his 2020 Christmas Message had ended. But I was mistaken. The trial, for all you know, has just reached its crescendo. Last Wednesday the Buhari Presidency joined the hordes of accusers preferring charges against Bishop Kukah. Prompted by the increasing bloodletting and insecurity of lives and property and the general hopelessness in Nigeria, Bishop Kukah had in his 2020 Christmas Message regretted that the Buhari government was not living up to public expectation and therefore needed to re-invent itself in order to tackle the bloodletting ad existential challenges confronting the nation instead of foisting a Northern hegemony that is counterproductive and damaging to national interest.

But unfortunately, the natural and ordinary meaning of the above has been misinterpreted and distorted by some individuals and interest groups to mean different things, which, according to Bishop Kukah, are outside his contemplation. For example, while some allege that Kukah was calling for a coup d’ tat, others such as the Muslim Solidarity Forum, Jama’atu Nastril Islam (JNI) and Muslim Rights Concern (MURIC) allege that he had disparaged Islam and Muslims. In fact, the Muslim Solidarity Forum has given Bishop Kukah an ultimatum to either tender unqualified apology for allegedly disparaging Islam failure for which they would eject him from Sokoto State. As if this was not enough, last week, the Presidency teamed up with the aforesaid accusers in accusing Kukah. Hear the Presidency: “Father Kukah has greatly offended many with his controversial remarks against the government and the person of the President, with some even accusing him of voicing anti-Islamic rhetoric.”

In his defence, Bishop Kukah has challenged his accusers to adduce concrete evidence substantiating the charges slammed against him, and that if he is found guilty as charged he would not hesitate to adorn a sack cloth and go down in repentance as well as tender an unreserved apology. Without holding brief for Bishop Kukah, I have read and re-read the aforesaid 2020 Christmas Message, and, I must confess that I find nothing therein directly or indirectly willed or intended to fan the ember of a coup d’ tat or cast aspersion on Islam or disparage the integrity of Muslims or sway public opinion in a manner that is prejudicial to the cause of Islam or Muslims. It is trite law that he who asserts must prove. Mere allegation without supportive evidence to prove the allegation goes to nowhere and must be discountenanced. Therefore, if Kukah’s accusers are seriously alleging that he is guilty as charged the onus is on them to substantiate the charges with evidence otherwise their charges would fail. It is even surprising that the Presidency, which ought to know better, has joined the fray in bringing the same spurious and unsubstantiated charges against Kukah without adducing any concrete evidence. No matter how grounded, sentiment, hatred or suspicion cannot secure a conviction.

Having said this, let’s go to the fundamentals. Must the truth offend? The purpose of human intellect is to know the truth of things. This truth remains unchanged even in a culture or philosophical atmosphere that is saturated by the denial of the truth or political atmosphere in which a tyrant scuttles the truth. Is it not true that 90% of President Buhari’s political appointees are from the North? Is it not true that President Buhari has refused to alter this imbalance in conformity to the pluralistic and multi-ethnic nature of the Nigerian society and the Federal Character principle as enshrined in section 14(3) of the 1999 Constitution? So, why is the Presidency angry that this truth is being voiced? If the Presidency wants high public rating from the citizenry then it should start discharging its duties diligently and responsibly. After all, public approbation is earned not imposed. But what the Presidency cannot do is to try to gag or muzzle public speech. One of these basic rights which the citizens enjoy in constitutional democracy like ours is the right of the citizens to express their satisfaction or dissatisfaction with the performance of their political leaders. Pursuant to this right, Bishop Kukah has a right to hold, for instance, the view that President Buhari has failed as a president of Nigeria. Right to freedom of expression is an inalienable human right which the state or any tyrannical government cannot forcibly deny its citizens. After nearly 237 years, those words of Declaration of American independence continue to resonate. The Declaration reaffirms the inviolability of human life, freedom and pursuit of happiness. Every human being no matter his or her race, tribe or tongue is entitled to the enjoyment of his or her right to freedom of expression.

In a country in which the killing of innocent human beings has become norm, a statement made in good faith by a responsible citizen denouncing the killing in line with public policy and in the exercise of the right to freedom of expression as enshrined in 39(1) of the 1999 Constitution cannot, in my humble view, and, by any stretch of imagination, be misconstrued as fanning the ember of a coup d’état or a malicious attack on Islam and Muslims. It is well settled that a citizen cannot be prevented from initiating a public discourse which may fairly be regarded as one of public interest by reason merely of the fact that the matter in question affects the president of the country or that the person whose conduct is being publicly criticized happens to be the president of the country. It is the inalienable right of every citizen to make comments, even outspoken matters on matters of public interest.