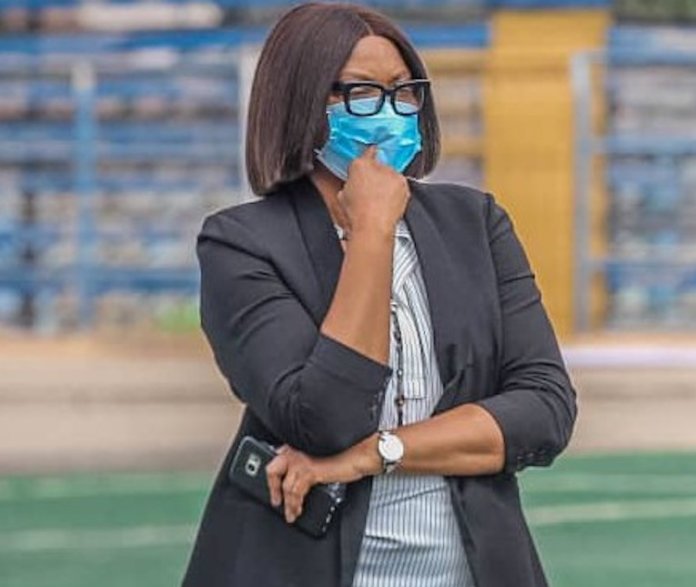 The Chairperson of the Nigeria Women Football League (NWFL), Aisha Falode, at the weekend announced an additional one month postponement of the country’s women’s topflight league in a frantic bid to ensure strict compliance with Covid-19 protocols agreed before the season kicked off last December.

Falode, said in Lagos yesterday that the irregularities discovered during the one-week postponement of the Week-5 matches led to the decision to put the league on hold for one month.

“Feedback from the one-week suspension to allow for Covid-19 re-testing by clubs exposed flaws in complying with the NWFL directives. After due consultations, it was agreed that a further one-month period should be given to allow for due diligence by all the clubs and stakeholders for strict compliance. “We realised that clubs were not taking enough Covid-19 protocol precautionary measures,” observed an obviously angry Chairperson of the league.

Falode, who is also a board member of the Nigeria Football Federation declared that: “Clubs and stakeholders should within the one-month period meet the following requirements:

1. Mandatory Covid-19 tests to be carried out at government-approved centres and hospitals. These tests must be sustained when the League resumes.

2. The full results of the tests, indicating where they were conducted should be forwarded to the NWFL secretariat in Abuja.

3. Results that are not from government – approved centres and hospitals will not be accepted and the affected clubs risk being suspended from the league,” Falode warned.

The NWFL Chairperson said the league board counts on the support and cooperation of all the clubs and stakeholders to make the season safe and healthy.