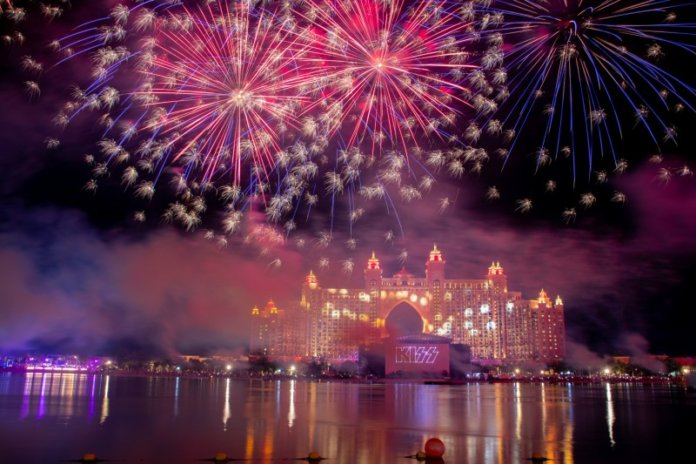 Gene Simmons and his flamboyant hard rock quartet scaled frizzy new heights to KISS 2020 Goodbye, playing and streaming to a global audience of two million with more than 500,000 live streams.

Welcoming in the New Year in their larger than lifestyle against a stunning backdrop of the Dubai skyline and the resort’s Royal Pool, the Rock ‘n Roll Hall of Famers rounded off a resounding performance with an all-time favorite, “Rock N Roll All Nite,” along with a huge fireworks display and record-breaking flame projections that were made possible by pyrotechnics specialists ffp-fx.

Enthralled guests at Atlantis, The Palm watched the performance vertically, in a socially distanced fashion from the comfort of their own balconies – witnessing history being made and records being smashed as they kicked off a brand new era.

1: The highest flame projection in a music concert – the minimum for this record title is 35 meters.

2: The most flame projections launched simultaneously in a music concert – the minimum for this record title is a total of 66 heads.