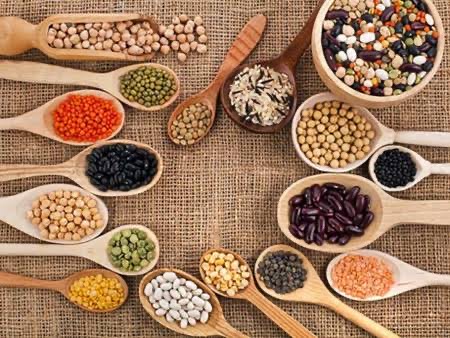 As Nigeria battles increasing food insecurity and malnutrition, the country’s leading CEOs from major food processing companies recently joined government and international development leaders in a virtual forum to review progress on fortification of staple foods with micronutrients that are essential to good health and nutrition.

During the virtual forum, key points like the latest data on industry compliance in fortifying staple foods with key micronutrients; updates on commitments made by all stakeholders during the 2019 forum; updates on the Micronutrient Fortification Index (MFI), a corporate fortification quality index that supports industry self-monitoring, and other governance innovations; and exclusive announcement of increases in the share of fortified food accessible to Nigerian consumers over the last three years—critical progress in a time of growing national food insecurity, were discussed.

Worldwide, more than 2 billion people suffer from micronutrient malnutrition—deficiencies in essential vitamins and minerals that are integral to healthy growth and development. Fortifying staple foods—such as oil, flour, salt and sugar—with vitamins and minerals has been proven to be one of the most cost-effective and scalable tools to combat malnutrition and save lives.

According to data provided by the forum, one out of three Nigerian children under five are stunted—their bodies and brains deprived of

the key nutrients they need to fully develop to reach their full potential. Over the long-term,

stunting results in a 10 to 17 percent loss of wages.

When multiplied across the nation, it’s

estimated that Nigeria loses more than US$1.5 billion in GDP annually as a result of diminished

“If Nigeria is really serious about creating jobs, expanding its markets and growing its economy,

nutrition and food systems should be put in the centre of the conversation” said Larry Umunna,

Since its inaugural meeting in 2018, the forum has led to the development of several initiatives including a corporate fortification quality index -The Micronutrient Fortification Index (MFI) in support of industry-led processes of tracking and corporate reporting of progress on fortification to its shareholders and stakeholders, and a government-led Joint Regulatory Framework that signals a new commitment by Nigeria’s three regulatory agencies- National Agency for Food & Drug Administration and Control (NAFDAC), the Standards Organisation of Nigeria (SON), and the Federal Competition and Consumer Protection Commission (FCCPC) – to work more efficiently, in support of industry efforts and consumer expectations.

Recently, a virtual meeting was held to review the progress made, foster a strategic understanding of the short and long-term impacts of the pandemic on the food processing industry and key policy and operational implications and opportunities for fortification.

The essence of this move was not lost on stakeholders. Each year, poor nutrition costs Nigeria over US$1.5 billion in GDP and hinders the health and economic potential of Nigerian citizens and the nation. Thus, fortifying staple foods like oil, flour, salt, and sugar with key micronutrients is one of the most scalable, sustainable, and cost-effective tools to combat malnutrition.

The forum was organised by the Aliko Dangote Foundation, the Bill & Melinda Gates Foundation (BMGF), and the global non-profit TechnoServe, under the Strengthening African Processors of Fortified Foods (SAPFF) project.

The project aims to address the lingering challenges in the food fortification sector using a market-based approach to help more than 90 food processors increase their capacity to produce and sell fortified foods to local markets.

Accordingly, when the company CEOs gathered at third annual forum to review progress and areas of renewed focus, it was following three years of leadership engagement by the federal government and CEOs of the nation’s largest food processing companies. At the virtual meeting,

it was stressed that significant progress has been made fortifying Nigerian staple foods with micronutrients that are essential to achieving better health and nutrition for all.

The data was presented by Alhaji Aliko Dangote, who chaired the event with Bill Gates participating by video conference. According to data presented by international non-governmental organisation TechnoServe, companies have significantly improved their compliance with food fortification standards in the span of three years.

“The private sector remains the engine of growth for the Nigerian economy. By creating a common set of compliance standards, while also giving companies the tools they need to effectively fortify their foods, we are creating a sustainable path to delivering Nigerians food that will help them live healthier, more productive lives. Better nutrition for our consumers means better health and economic development for our nation,” Dangote posited.

It was also gathered that edible oil fortified with Vitamin A also made progress, but to a lesser degree, with the population reached with fortified cooking oil increasing from 25 per cent to 32 per cent. Unlike the other staples, however, the edible oil companies participating in the CEO forum represent closer to 40 per cent of the nation’s total production volume.

“Given the impacts of COVID-19 on our economy, I am particularly impressed with the leadership we have seen from our food companies,” said Otunba Adeniyi Adebayo, Minister of Industry, Trade & Investment.

“Our industry leaders have shown that even during an international public health crisis and an economic crisis, we can still deliver good nutrition for all citizens, including our poorest, through production and distribution of widely consumed fortified staple foods.”

The efforts are part of the Strengthening African Processors of Fortified Foods (SAPFF) project focused on increasing consumer access to adequately fortified foods, implemented by TechnoServe with support from the Bill & Melinda Gates Foundation.

“Vitamin A is one of the most critical nutrients kids need to grow up healthy—but too few kids receive a sufficient amount in their diet,” said Bill Gates, co-chair of the Bill & Melinda Gates Foundation.

“The world needs to fortify more foods with Vitamin A. The leaders in this meeting have already shown what’s possible for wheat flour, salt, and sugar. I hope that by the next time we meet, cooking oil will be added to the list.”

One reason for the slower progress is that the edible oil industry is less centralised than other staple foods, requiring coordination across more stakeholders.

TechnoServe will be working on further technical assistance to oil millers who want to participate in the multi-stakeholder effort. In addition, they will support relevant government agencies to improve its efforts on regular testing of imported edible oil at the ports of entry.

According to the forum, to strengthen industry-wide compliance, TechnoServe has been working with private sector partners to launch Nigeria’s first-ever Micronutrient Fortification Index (MFI).

The MFI helps companies assess compliance with Nigerian Fortification Standards. Companies’ overall scores are presented in a dashboard that is updated annually to show progress and gaps, contributing to an industry-wide platform that emphasizes quality standards.

The forum also reviewed progress on the development of the Joint Regulatory Framework (JRF), which would coordinate the enforcement of industry activities by the National Agency for Food & Drug Administration and Control (NAFDAC), the Standards Organisation of Nigeria (SON), and the Federal Competition and Consumer Protection Commission (FCCPC).

Guided by the belief that every life has equal value, the Bill & Melinda Gates Foundation works to help all people lead healthy, productive lives. In developing countries, it focuses on improving people’s health and giving them the chance to lift themselves out of hunger and extreme poverty. In the United States, it seeks to ensure that all people—especially those with the fewest resources—have access to the opportunities they need to succeed in school and life. Based in Seattle, Washington, the foundation is led by CEO Mark Suzman, under the direction of Bill and Melinda Gates and Warren Buffett. To learn more, visit www.gatesfoundation.org

Whereas, Aliko Dangote Foundation (ADF) on the other hand is the private charitable foundation of Aliko Dangote. Incorporated in 1994, as Dangote Foundation, with the mission to enhance opportunities for social change through strategic investments that improve health and wellbeing, promote quality education, and broaden economic empowerment opportunities. 20 years later, the foundation has become the largest private foundation in sub-Saharan Africa, with the largest endowment by a single African donor.

At the international level and beyond the foundation provides financial and technical support to a number of continental and global initiatives and platforms/institutions to strengthen nutrition integration into their developmental portfolio and pipelines. The foundation embraces investments in education as fundamental to the development of a nation’s human capital and the capacity of an individual to earn. Based in Lagos, Nigeria, the foundation is led by the MD/CEO Ms Zouera Youssoufou under the direction of Alhaji Aliko Dangote, GCON.

Meanwhile, TechnoServe is a leader in harnessing the power of the private sector to help people lift themselves out of poverty. A non-profit organisation operating in nearly 30 countries worldwide, we partner with hard-working women and men in the developing world to build competitive farms, businesses, and industries. By linking people to information, capital, and markets, we have helped millions to create lasting prosperity for their families and communities.

Founded over 50 years ago, TechnoServe has been named the #1 nonprofit for fighting poverty by the ImpactMatters charity ratings agency.