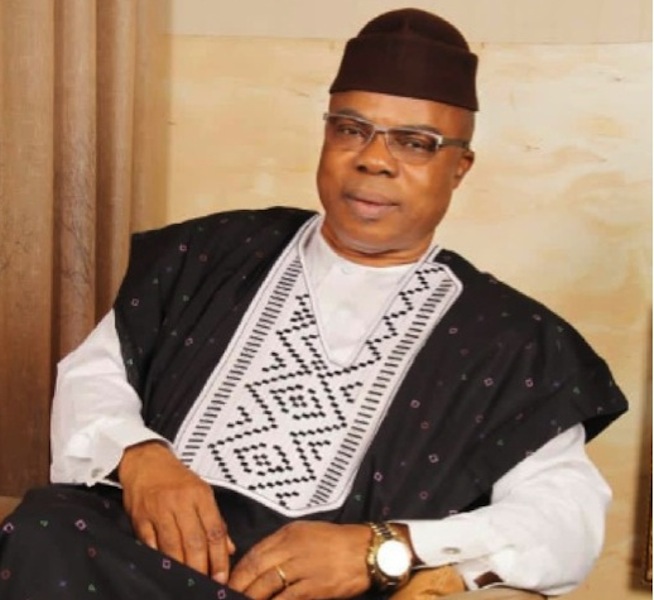 More than four centuries ago, an English Poet and a Thespian from Stratford-upon-Avon, William Shakespeare indicated that a “valiant never taste dead but once.” He held that death, as part of human cosmology and circle of life is a necessity that must come. As mere mortals, and as the Holy Bible postulated, we do not know the hour. Our duty therefore is merely to live our lives in preparation for that calling and sojourn to the great beyond. Once the curtains fall, our humanity takes its last breath and our lives nosedive in perpetuity; our contact with the world ceases. Only by our deeds and legacies are our lives sustained by memory. Or they vanquished as well.

For the late Chief Ben Nkpe Otu, former Director of Finance (Legislative Aides), National Assembly, Abuja, his sudden death, as shocking as it is, provides ample opportunity for reflection with regard to our earthly journey. For those who know Otu very well, he was not born with a silver spoon. But through dint of hard work and God’s faithfulness, he triumphed from ground zero to greatness. Knowing full well where it pinches, Otu will dedicate a larger part of his life to helping the poor, needy and downtrodden.

He had great zeal for education and knowledge, and was interested in bequeathing knowledge to young men and women in order to transform them to better humans in the society. Scholarship to indigent students remains his greatest contribution to the needy. Despite daunting challenges that he confronted in acquiring education, he believed education was a leveller in several respects. It was in this regard that he made scholarship the bedrock of his philanthropy and other charity works.

Otu was also a man that was home with nature, communal life and community service as embedded in Boki tradition of Cross River State. Across Boki, Ben Otu’s kindness and magnanimity are in certain quarters. As a colossus and an illustrious son of Boki, he rendered selfless community service even beyond his domain. He likewise connected with people easily, with a mien that was receptive and embracing. In an era where hypocrisy and sycophancy are sometimes deliberately misconceived as humility, Otu’s humble posture was untainted and could be likened to a celestial gift.

As a trained Accountant and civil servant, Otu worked meritoriously and grew through the ranks. As the Director of Finance (Legislative Aides), National Assembly, a position, he held with high sense of dedication and commitment, he was up to the task and responsibility of the office. With his retirement from service some months ago, many had longed to celebrate his service to the nation and humanity with pomp and aplomb. Similarly, plans were underway by the Ochibè Bokyì, the highest ranking socio-political association of the Boki people, led by Major General Moses Obi (Rtd), to honour Otu for his service to humanity. As it turned out, that celebration will never be, as Otu, a humanitarian and philanthropist went to be with the Lord Almighty on November 22, 2020.

As his remains will be committed to mother earth this weekend in Kakwagom-Irruan in Boki Local Government Area, Otu’s death might have been sudden, but his legacies and the will to go the whole hog to extend a helping hand will ever remain timeless and indelible landmark of history. His adventures during his time on earth, in the same token, will continue to count in the lives of many he touched positively. And, as J.K. Rowling posited, “To a well-organised mind, death is but the next great adventure.” Fare Thee Well Chief Ben!