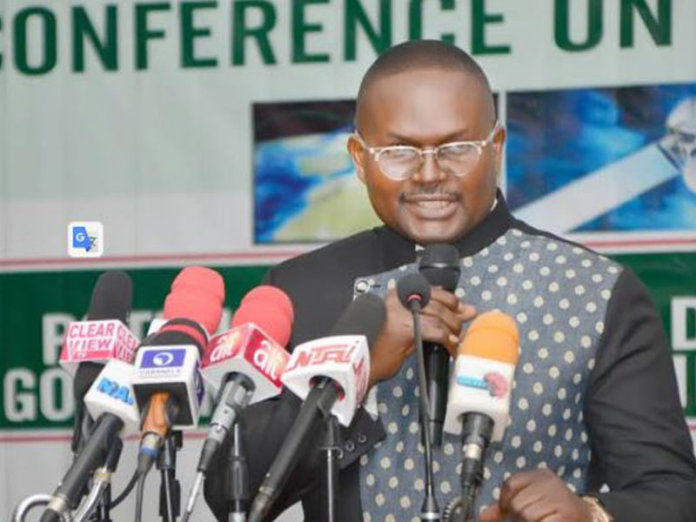 Scholar and Head Media and Corporate Communications of the National Space Research and Development Agency (NASRDA), Dr. Felix Ale, has called for improved science and investigative reporting for accelerated growth and development of Africa.

This even as he said the media remains the bridge between science, government and the public.

Ale, made the plea while speaking as guest speaker at the 2020 Post Graduate conference of Ain Shams University, Cairo, Egypt.

The NASRDA’s spokesperson whose paper was entitled “Communicating Science and Technology in Post COVID-19 era” maintained that the way people understand science and technology is influenced to a significant degree by media coverage, interpretation and presentation.

With persuasive logic, Ale, advocated that Space Science and Technology should ideally be of great interest to the media because of its strategic importance to the society.

The media guru, explained that Africa as a continent is rapidly growing, pointing out that, the growth is facilitated by its human capacity which has fueled development in Space Science and Technology which according to him has led to the establishment of a knowledge-based economy.

According to him, Nigeria, South Africa, Egypt and several countries in African are at the tip of coming up with major Space Science and Technology related development which includes earth observation systems, communication systems, navigation and positioning systems among others.

He maintained that Space Science and Technological development will sooner than expected spearhead regional integration and the social economic development of the entire continent.

Ale, argued that the press has a critical role to play in the successful implementation of development in space science and technology in the African continent.

He critically analyzed the effect of COVID-19 Pandemic in the global society, saying the disruption has affected the social, political, economic and technological systems across the globe.

According to him, communicating Science and Technology provides people with the clear, accurate and factual information that are required to respond effectively to the current disruption of systems and with the emergence of the second wave of the coronavirus pandemic.

Ale, declared to the International conference that the World Health Organization (WHO) six principles remains the most suitable strategy to communicate science and technology in this era.

The framework, according to him states that a communication should be accessible, actionable, credible and trusted, relevant, timely and understandable, adding that the systems approach is the preferred methodology where a complex science and technology information is broken into small constituent parts and communicated more clearly.

He said the strategy will make it easier for Journalists, Science Communicators and Writers to be more diligent and effective in carrying out their mandates and roles as public educators and informants.

In her remarks, the Conference Coordinator who is also a Professor of Mass Communication Faculty of Arts Ain Shams University, Cairo-Egypt, Dina Farouk Abou Zeid commended Ale for his brilliant presentation at the conference.

She explained that, the various participants have been able to learn from Ale’s wealth of experience and knowledge.

Prof. Abu Zeid said the University is looking forward to more academic cooperation with the Ondo State born Scholar and distinguished Journalist whom she described as a great asset to the African continent