The federal government has been advised to unlock investment opportunities in the economy by focusing on labour intensive sectors in order to reducing unemployment.

It also urged Nigeria to prioritise its spending to improve the wellbeing of the people.

It could also capitalise on its low labour costs like Bangladesh and its status as Africa’s largest economy.

This, it added, will reverse the negative trend, which has seen the country’s proportion of FDIs to total investment flows dropping from 20 per cent in 2016 to a meagre four per cent in 2019.

“The lack of investor interest in committing patient capital, which confers substantially greater benefits to the economy, is a key area of concern.

“The underlying challenges associated with poor infrastructure are further aggravated by unfavorable policies such as the multiple exchange rate regimes, which all act to deter long-term investment inflows,” the report stated.

It urged the federal government to re-assess its priorities as reflected in the country’s fiscal spending that is largely channelled towards a burgeoning recurrent expenditure, which has resulted in a fast build-up of public debt.

The report noted that “in Q1 2019, debt servicing accumulated 99 per cent of the federal government’s retained revenue. This spending pattern is not sustainable, and the economy is reeling from a lack of sufficient capital expenditure to plug critical gaps in healthcare, education and other key sectors.”

It urged the government to eliminate subsidies in the economy and to ensure that the savings are redirected into productive capital spend.

“From 2015-2018, Nigeria spent N2.3 trillion on petrol subsidies, an amount which if harnessed judiciously, could have provided a meaningful contribution to the country’s decayed infrastructure,” it added.

It challenged the government to identify sectors in which Nigeria has a strong comparative advantage and strategically position them for exports.

“In Bangladesh, this export-led model is the impetus for the country’s high growth rates and encouraging signs of economic take-off. Through its garment industry, Bangladesh has been able to strategically place itself as the world’s second leading exporter of ready-made garment while creating broad-based growth.

“For Nigeria, a key thrust for the government is transforming the agriculture sector to be the leading driver of job creation and export diversification,” the report said.

The report made a comparative analysis of the two countries’ economic developments since 1990s, saying that Nigeria should engender social policies that are targeted at empowering the populace at the grassroots level and ensure that they are successfully implemented at scale.

The report said: “While Bangladesh and Nigeria are by no means homogenous, both countries share similar scenarios which make progress challenging to achieve.

“However, the former (Bangladesh) has been making significant strides suggestive of a nascent economic transformation building momentum in the country, and the latter (Nigeria) can look to it for pointers on how to refocus.”

The report identified one of the most remarkable aspects of Bangladesh’s economic progress, which Nigeria must emulate, as the country’s ability to translate economic growth into substantial improvement in social outcomes and livelihoods for poor earners.

“Public investment in technology, rural infrastructure and human capital boosted the country’s agricultural productivity. As a result, Bangladesh made substantial progress toward food security despite its high population density, lack of arable-land, and frequent natural disasters, and agriculture accounted for 90 per cent of the reduction in poverty between 2005 and 2010.

“Also, the labour-intensive nature of the economy’s key driver of exports– the garment industry– has helped made growth inclusive, with 80 per cent of garment workers being women.

This is further re-enforced by the country’s success in implementing grassroots level, pro-poor policies, with gender at the heart of its development strategy,” it said.

The report recommended that in supporting sectors for growth, the federal government should identify the root cause of underperformance “so that policies are targeted at addressing fundamental concerns, as opposed to providing palliatives, or in some cases, aggravating existing problems.”

It cited the banning of foreign exchange access for key products, including agricultural produce, and the border closure as prime examples of government policies that have complicated challenges in the economy. 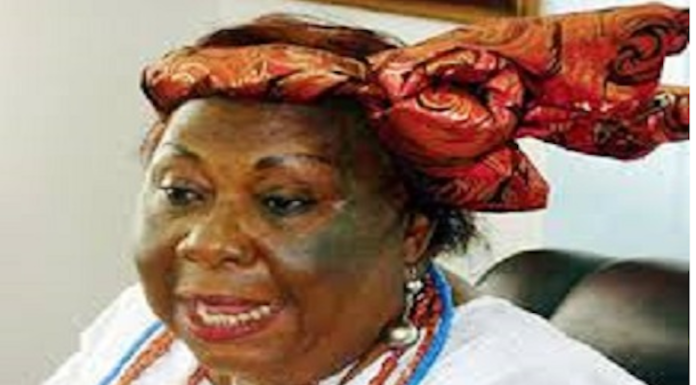