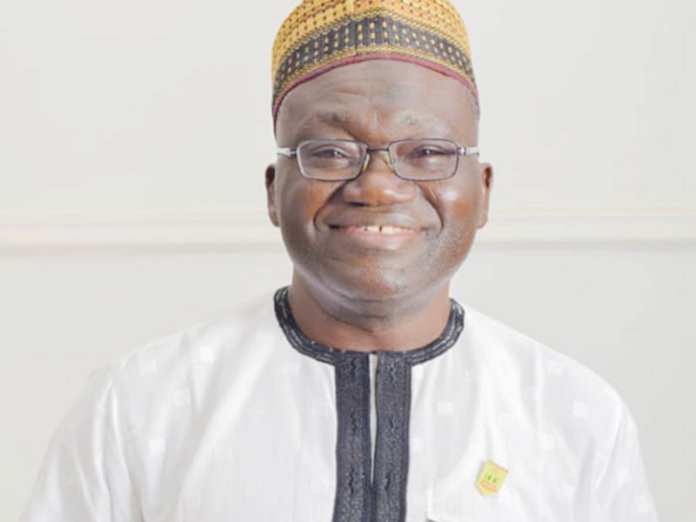 Yours comradely like other compatriots, received Wednesday morning November 11, the news of the death of Dr. Alh. Abdulkadir Balarabe Musa, the first democratically elected Governor of Kaduna State.

Kashim Balarabe Musa, the eldest son and political heir of the iconic conveyed the inevitable news.

May Allah grant the late progressive statesman eternal grace and mercy than he was generously blessed in his 82 years on earth.

May Allah comfort his comradely family to cope with the challenges of death of a loved one like Alhaji Balarabe.

I have been privileged to engage with Alhaji Balarabe for over forty years as a student, journalist and trade union activist (almost in-that-order). He was my political mentor as a budding progressive politician with amazing memory and recollections. Alhaji Balarabe in 2019 in Kaduna was the first to endorse my Labour Party ( LP) candidature for Kwara State governorship (in his words “99%, but would have been 100 % if you are contesting under PRP platform”!). He hailed LP-APC alliance under the banner of “O to ge” to put an end to PDP 2-decade dictatorship in Kwara State.

For someone who stood for party purity, it was significant that he appreciated that compromised alliance of the progressives was pragmatic and desirable. Just two months ago, Alhaji Balarabe gave me some historic “PRP papers”. He had wished I joined PRP!

I recall that on the 3rd of July, 2018, compatriots, friends and comrades, nation-wide celebrated the 81st birthday of the late statesman with a book launch entitled “The Voice of the Masses” in Abuja in honour of Dr. Alh. Abdulkadir Balarabe Musa. The book chronicles the Life and Politics of ALhaji (DR) Abdul Kadir Balarabe, as seen by compatriots of both the political Left, which Alhaji Balarabe belonged, and the political Right.

My encounter with Balarabe Musa dated back to late 70s. Like many of my mates, I got admission into Ahmadu Bello University (ABU) to do my preliminary studies at the School of Basic Studies 1977/1978 session. It was a bipolar world of the battle of ideas between global capitalism and international socialism. In Nigeria, the context was the struggle for good governance, democratization and demilitarization. In 1977, we had our baptism of the brutality of military dictatorship when Obasanjo/Yar Adua junta sent troops to the campus to suppress nation-wide students protest against increase in feeding fees. Ahmadu Bello University (ABU) was the citadel of progressive ideas for change and development.

The most radical in terms of programme of transformation of social relations among the class of the oppressed and the oppressor was Peoples Redemption Party (PRP) followed by welfarist UPN (Unity Party of Nigeria). PRP was led by late Malam Aminu Kano, a great African revolutionary and UPN by the late, Chief Obafemi Awolowo, a well acknowledged Nationalist and social democrat. PRP won the two big states of Kano and Kaduna States made up of the present day Jigawa and Katsina states respectively.

As Marxist-Leninists, we were unapologetically far left of PRP but fascinated by its popular policies of abolition of Haraji and Jagali, tax, declaration of May Day as public holiday and commitment to national minimum wage among others.

There was once an ideologically driven politics in Nigeria! Alhaji Balarabe emerged as the first democratically elected Governor of Kaduna State in that second Republic dispensation. There was a nexus between the government in power then in Kaduna State, and the radical community in ABU.

Late Dr. Bala Usman, an African revolutionary, historian and prominent PRP intellectual (he became Secretary to Kaduna State Government) fired our imagination. Ideologically we got connected to PRP. Alhaji Balarabe Musa, was not allowed to form a cabinet by NPN dominated legislature. Eventually he got impeached, after 18 months into his tenure, June, 1981.

Naturally the broad Left gave solidarity. Of course, as political faith had it, the same year he was impeached, was also a turbulent period in Ahmadu Bello University; I was in my final year, reading economics. There was a massive demonstration organized by the students union. It is now, history that the then Vice Chancellor, Prof. Ango Abdullahi, went on full scale politically inspired mass repression on all the progressive students. Ango was a visible member of the ruling (ruining) party, NPN.

As one of the visible victims of the repression, my direct encounter with PRP government came through remarkable solidarity. PRP government condemned the mass expulsion of student activists, offered solidarity which started with my working media carrier first with Kaduna state broadcasting corporation and later Triumph NewsPaper in Kano set up by the late Abubakar Rimi, the PRP governor in Kano.

I bear posthumous witness that Nigeria, Africa and progressive world had lost an audacious principled selfless statesman. He commendably stood for good principles in governance. He never cheaply fell for corruption.

On the contrary, he stood for all that was good, integrity and service to the downtrodden, the talakawa in public service. Balarabe has not sermonized against corruption, he lived incorruptibility and integrity.

His house was ever wide open to all 24/7! He was also an educated philosopher statesman, an avid reader and intellectual debater.

Alhaji Balarabe’s “weakness” was too much of principles NOT political opportunism. He was a member of the Northern Elements Progressive Union (NEPU) , the first political party in Northern Nigeria, founded in Kano on the 8 August 1950. He died a NEPU (later transformed to PRP during the Second Republic), member, unlike present day butterfly politicians who moved from one party to the other in search of cheap power and unearned money. Alhaji Balarabe Musa, was not allowed to form a cabinet by NPN dominated legislature because of his commitment to party principles.

The struggle of Alhaji Balarabe and many of his compatriots, is for an inclusive better Nigeria, Africa and progressive world. Alh. Balarabe Musa undoubtedly epitomized the best of values that you can get among the best of the past (and contemporary?) African leaders, that include Late Aminu Kano, Chief Obafemi Awolowo, Nelson Mandela, Patrice Lumumba, Kwame Nkrumah and Sekou Tuore.

The death of Alhaji Balarabe takes place against the backdrop of the clamour for “restructuring” and “reform” of Nigerian Federation.

As a socialist, he was unapologetically for transformation of political, social and economic relations. The takeaway from the life and times of Alhaji Balarabe lies in the wisdom that: “The strength of leaders in a federation is as important as the constitutional structures”. Balarabe’s leadership example during the second Republic showed that the strength of a state is a function of the strength of the vision, character and integrity of the governor. PRP controlled only two states, namely Kaduna and Kano, but the two governors commendably set the pace in industrialization, value addition, beneficiation and poverty alleviation such that the then Federal government many times followed as PRP blazed the trail. “He who blazes the trail determines it’s straightness“ goes a received wisdom. Structures undoubtedly are important — Federal, State & Local Governments, Ministries, MDAs ad infinitum. But above all, the values, ideologies and motivations of the political actors are far more important.

What is missing in Nigeria today are good decent political actors angered by underdevelopment, good leaders, like the late icon. Principled leaders might not be fashionable but without committed leaders, Africa suffers avoidable perceptual underdevelopment.

The best honour to the late statesman is for Nigeria’s ruling class to reinvent politics of principles, steer Nigeria from the dangerous path of the kind of slide into chaos and barbarism of the recent shadowy protest to sustainable development and socialism.

Balarabe indeed lost an office in 1981 through ideologically induced impeachment but nonetheless still won the globally acknowledged integrity and worthy name for prosperity for generations to come.