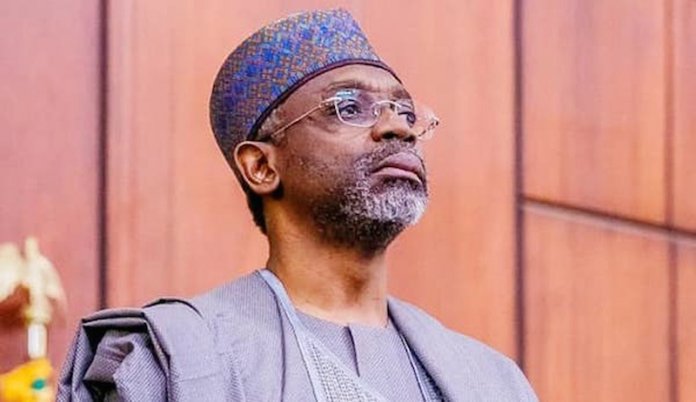 For more than two weeks now, both Chambers of the National Assembly have been working to ensuring that the 2021 budget is passed in record time latest by December. As such, Ministries, Departments and Agencies (MDAs) of government have been coming to defend their budgets before the various committees of the Senate and the House of Representatives.

While some MDAs have had a smooth sail in their budget defence, some have not. A lot of padding had also been discovered, while some fictitious plans with outrageous budgetary allocations have also found their way into the budget of some MDAs.

So, it was a familiar story, when the Managing Director of the Federal Roads Maintenance Agency (FERMA), Mr. Nurudeen Rafindadi, last week, informed members of the House Committee on FERMA that the Ministries of Finance and Works and Housing inflated the 2021 budget of the Agency by over N11 billion.

The drama ensued at the Budget Defence of the Agency, when a member of the committee, Hon. Yusuf Gadgi, questioned the FERMA boss why the budget had a sudden increase of over N11 billion and wanted him to know if he was in charge or not.

Gadgi said: “Earlier to this moment, we’re privileged to know your budget proposal to the ministry, from the ministry getting to National Assembly, the proposal changed from twenty-something billion to thirty-something billion. I will respectfully want you to address that aspect. Are you in charge of FERMA? How come before the proposal got to National Assembly, it was increased upwards?

Answering the question, Rafindadi said: “Our proposal of the budget as it is today is submitted to the federal ministry of works. The reason is that FERMA is an agency under the supervision of the Federal Ministry of works. We’re represented in the cabinet by the Minister of Works.

“And yes it is true, we submit our budget to the ministry, what happens after is between the ministry, then ministry of budget and planning until subsequently it reaches the House of Representatives. We only know what was in our budget after submission. We’ve since gotten the budget of FERMA as submitted to National Assembly and we’ve been analysing the differences between the two budgets like you said.”

The committee members had earlier disallowed the Agency from presenting its 2021 budget over lack of execution of the 2020 budget.

The request to allow the presentation of the 2021 budget tore members of the committee apart resulting in a prolonged argument among them.

Rafindadi and his management team were ordered out of the session while committee members dissolved to an Executive session and deliberated on salient issues among themselves.

While arguing, the members said the agency had been irresponsible and unresponsive to its core mandate. Some of them said they had called FERMA MD to alert him over the sorry state of some roads and he refused to pick their calls.

Besides, they said strange items regarding COVID-19 palliatives were seen in the FERMA budget making, wondering what those have to do with road maintenance.

Also, the committee members said the relevant budget documents were submitted in the morning, a few hours to the sitting, depriving members the opportunity to review the budget of the agency.

Efforts by the Chairman of the committee, Hon Femi Bamisile, to prevail on the members on the excuse that time was short and the budget has to be passed in a timely fashion was rebuffed by members, causing the committee to go into a closed-door session on the next line of action.

Eventually, the FERMA boss and his team were called in and the lawmakers agreed that the budget hearing be adjourned so that a thorough consideration could be done.

Thus, when the agency eventually appeared last Wednesday to defend its budget, Gagdi, who questioned the increase in the FERMA’s envelope, gave the update on the Committee’s position.

According to him, the lawmakers resolved that they would ensure the projects spread across all the six geopolitical zones if at all it would be adopted into the 2021 Appropriation Act.

“And all of a sudden, I just discovered that they have submitted from the Ministry of Finance, to the National Assembly over 30 something billion with an increment of about 11 billion. I raised that issue and I still stand on my feet that how did you increase it? It is even the right of the Budget Office to submit whatever they want to submit to the National Assembly, I won’t even call it padding because they have increased the money beyond the envelope of their Ministry.

“But my argument is this, why will you increase about 11 billion to one state? It is not possible. Then the committee on FERMA agreed that the purpose of elective representative is to ensure equity and fairness to all the geopolitical entities.

“We now say you have brought this budget, that it is one sided. If you look at my comment very well, I tackle the fact that the budget is not balanced. So, we must balance the budget as the people that have the right to do it in such a way that it resembles the interest of Nigerians.

“So my position on the N11 billion still stands that from somewhere between the Ministry of Works and Ministry of Finance, 11 billion was increased at inter-ministerial level in the budget of FERMA. And I still stand by it. I will give you the document; you will see it clearly.

The predominant state that got that 11 billion that was increased is Imo State without any fear of political contradictions but I don’t know who increased it.’’

Speaking after the budget defence session, Hon. Bamidele Salam, said there was an attempt to rush the passage of the budget and prevent those of us who had observations from doing so.

‘’Immediately the FERMA boss presented the budget a colleague raised a motion for the adoption of the budget and I raised a point of order. By parliamentary procedure, a point of order should take precedence over every other matter. In the attempt to make my point of order, I saw that the person, who moved the motion was behaving like the spokesperson for FERMA.

“The larger part of it is that the constituency that I represent, Ede-North/Ede South/Egbedore/Ejigbo Federal Constituency, does not have a single allocation of a project out of the 420 projects. Even the whole of the state where I come from, Osun State, which is represented by nine members in the House, does not have a single project allocated to it, out of a budget of N38.2bn proposed by FERMA.

“I felt I should at least have a right of audience but, unfortunately, the person who was preventing that from happening is from Plateau State and I can see in this same budget, Plateau is getting about 18 projects.

“Why should he not want someone, who does not have anything in his own state to raise a point of order and make this observations? This is unfair, unjust and against the spirit of the Nigerian Constitution. That was the point I was trying to make before he came up and the whole session came into a rowdy conclusion.”

When asked if FERMA’s proposal was eventually passed by the committee, Salam said, “No, certainly not, because if the budget would be passed, we would have to vote on the motion that was purportedly moved by him. But like I said, it ended up in a rowdy session.”

On his part, Bamisile, while reacting to the question on the rowdy session amongst members of the committee, dismissed the allegations bothering on unfavourable allocation of road projects to the Southwest.