Renowned educationist often and constantly referred to as a great and super-principal of all times, Chief Samuel Irowa Ayela-Uwangue, the Aideyanoba of Benin Kingdom, passed on October 12 at the ripe age of 88 in his ancestral home, Benin City, Edo State, leaving behind rich and mind blowing legacies that will remain in the sand of time especially among the students that he mentored while superintending their growth into adult through the prestigious Eghosa Anglican Grammar School.

The transition of the former principla of Eghosa Anglican Grammar Schools, Benin City, evoked nostalgic memories across continents where some of his former students that he nurtured have become icons, torchbearers and leaders in their various disposition navigating the ladder of human endeavours.

The school is said to have produced renowned politicians, academics, medical experts, military high personnel, sportsmen, lawyers and reputed businessmen have its old boys association planted in Europe, US, Abuja, Lagos and in Benin-City its global Headquarters.

While nostalgically celebrating the exit of his former Principal at Eghosa Anglican Grammar School, Benin City, even as death remains the ultimate equalizer of life, the Edo State Governor, Mr. Godwin Obaseki, described the late school administrator as a disciplinarian and moulder of great minds.

The governor commended his exemplary life and contribution to the development of human capacity, Edo state and Nigeria at large. Chief Ayela-Uwangue’s students dot the entire continents.

Obaseki, said: “I received the news of the passing of renowned educationist and my former principal, Chief Samuel Irowa Ayela-Uwangue with a heavy heart.

“An academic of repute and administrator par excellence, Chief Ayela-Uwangue would be remembered for his efforts in inculcating the value of hard work in us and grooming students that are found worthy in both character and learning.

“Chief Ayela-Uwangue’s tutelage, exemplary life of service and distinction have inspired many of us to tow the path of excellence and honour. We are glad that he lived a blessed and impactful life.

“I pray that the good Lord will grant his family the fortitude to bear the irreparable loss. May his soul rest in peace.”

Ogunbor, who is a foremost pillar of both the Abuja and Benin Chapters of the Old Boys Association (EGHOBA), said: “I write this with memories and nostalgia reliving my secondary school days.

According to him, on admission into class one, there were two outstanding indigenous teachers in the school in the midst of British and Indian teachers, adding: Chief S.I Ayela-Uwangue stood out, impacting morals and discipline in every student in the school.

Ogunbor, once recalled like Senator Mathew Uroghide, hinted in one its (EGHOBA) meeting in Abuja, that he and all his brothers attended Eghosa Anglican Grammar School, and therefore were beneficiaries of Chief Ayela-Uwangue’s disciplinarian life’s style. He noted that the Benin Chief started out as their Latin Language teacher.

He said: “The text book at the time was Latin for Today, Book 1. The teaching method of Chief Ayela-Uwangue was so sonorous that we almost could recite the first chapter of the book, even when woken up from sleep. During Latin period, he will from the door to the classroom be heard “Discipuli Picturam Spectate.” Translated: “Pupils look at the illustration” (picture). That was our first lesson in Latin.

His eloquence in the English Language can be attributed to his knowledge of Latin as a Language, Ogunbor, explained.

“Unfortunately, before we could conclude class one, he was sponsored by the Anglican Communion to embark on a degree programme in the University. That was how and when Latin as a subject was phased out in the school curriculum. He came back to the school after graduation and became the History teacher.

“He rose to become the first indigenous Principal of the school taking over from an Indian, Mr. Koshi Mathews. Chief Ayela-Uwangue brought in personal touches to administering the school by extending relationship to parents of students. He knew most of our parents.” He said.

As Principal, he graduated the First set of three arm Class of 1969 (my set). A class numbering 101. He described that set as comprising “the good, the bad and the ugly”. But he confessed that he was sad to see us leave. He put together a crack football team that could defeat almost all the schools in the defunct Midwest Region and with players that made the national football team, The Green Eagles.

The athletics team was top class with athletes that became world class athletes. Chief Ayela-Uwangue as Principal had a sleek Cortina car with a Midwest plate number ending with 5757. We appropriately named him Professor 5757.

With a popular Bible verse Proverbs 22: 29, the Chairman, Governing Board of Federal Polytechnic, Nekede, quoted the memorable quote of Chief Ayela-Uwangue, saying: Seeth thou a man diligent in his duty, he shall stand before Kings and not mean men

According to him, the character moulder instilled this quote into the consciousness of all his students, reinforcing that this spurred him and his classmates to achieve and overcome obstacles post-graduation.

Underscoring why some of his classmates are known to have conquered great heights, Ogunbor, said: “The reason we have attained great heights and excelled in our different chosen professions, Chief S.I Ayela-Uwangue will be unforgettable in our minds and inevitably will be missed, he quipped.

In their remarks, Abuja based renowned Accountant, Mr. Micheal Imagbenikhare and his classmate, Mr. Sunday Ero, poured their hearts out on the passage of their foremost Principal, who left indelible mark on their lives as stated in a jointly signed statement:

Chief Ayela-Uwangue, was a committed and dedicated teacher who took time to know virtually each and every of the children placed under his care.

“He administered his stern disciplinary measures on the erring students justifiably. He was a good father figure to all Eghosa students who were privileged to pass through the school while he administered it.

“His dedication to the teaching profession and care for his students are legendary and praise worthy. May the soul of this great builder of men Rest In Perfect Peace.” 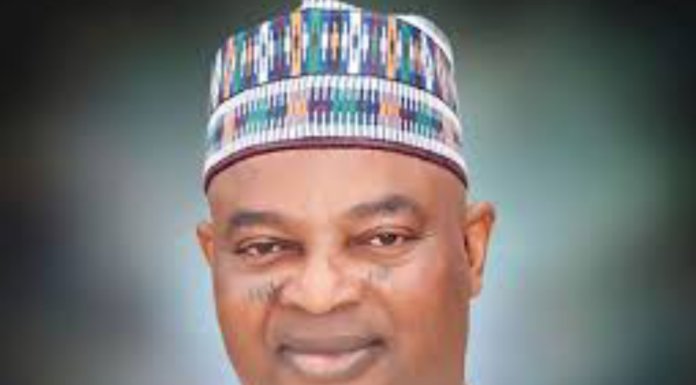