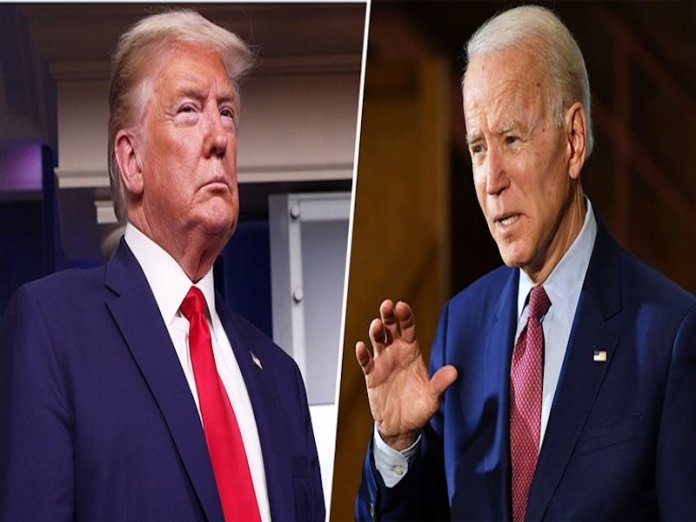 Why should I, a Nigerian, bother so much about American Presidential Election? The answer is very simple and arose from the concern I have for the widespread unawareness and ignorance of the weighty issues in the American Presidential Election. In the face of undeniable evidence of the harm which Biden Presidency portends, a friend said to me the other day, “Ok let the will of God be done too. Trump can win . Biden can win. Whoever wins let’s take it that way. No further comments on that. I don’t have voting right in the said election. Dr. Felix enjoy your evening”. The issue is however not as simple as my friend thought, moreso when we consider that he was speaking under the labour of the misinformation and ethnic/racial prejudices being leveled against President Trump by the media. There are far more serious and life threatening moral issues involved that have far reaching global consequences. It is an issue that bothers on the life and death of innocent children created in the image and likeness of God. It also bother on obedience to the injunction of Our Father God to love our neighbour as ourselves and since the first right without which no other right can exist, is the right to life, it follows that the greatest act of Charity would consist in defending the life of the defenseless from conception to death.

I have always believed in the inviolability of the human life from conception to death since man is not the creator of life but God. In my 4th year in the medical school I saw through the antics and diabolical manoeuvres of anti life organisations that were trying to get the medical students to distribute abortificients and contraceptive materials to rural women and girls during our rural community health outreach programs. I was then the President of the University of Nigeria Medical Students Association and they tried to induce me with money and other enticement in order to do their bidding of distributing these materials to the women in our target communities. They also tried to get us to distribute not only abortificients but also public health education materials campaigning against large families. Of course, I rejected such offers and went even further to educate those involved in such anti-life activities, usually promoted and sponsored by foreign governments and organisations. It was the sinister motives of these anti life organisations that were being funded by USAID, UNFPA and some foreign governments and organisations then, before President Trump came to power to clean up the mess, that led me to form an Association of Students for Life on campus dedicated to pro life issues, while I was still a student in the University. I have remained committed to the propagation of the gospel of life since I left the University. Protection of life from conception to death must be the concern of everyone whether Christains, Muslims, Hindus, free-thinkers, atheists, Agnostics and so forth.

The devastating global effect of the victory of the candidate who supports and promotes anti-life policies is very damaging especially in Nigeria where poverty is biting had and has forced men and women to compromise their consciences and believe in God. This is in comparison to the good effect of the victory of the candidate that promotes religious freedom and Pro-life activities all over the world. In order to appreciate the dangers posed by the victory of a candidate that supports abortion and it’s global spread to less developed countries, it will be good to outline the views of Nigerian abortion lobbyists who were very active during the Obama-Biden administration. One of them is the Campaign Against Unwanted Pregnancy (CAUP). It is a pro-abortion group inspired and funded by the MacArthur foundation – a global pro-abortion Non-Governmental Organisation based in the US. It was awarded $920,000 between 1994 and 2006 by foreign organisations for the promotion of abortion activities and legislation in favour of abortion in Nigeria. Under the umbrella of Coalition Against Unwanted Pregnancy, (organised by CAUP and funded by pro abortion foreign organisations and governments) an alliance of pro-abortion health professionals, journalists, lawyers and women rights activists, presented a draft law that would legalise abortion in Nigeria to the National Assembly in 2009 during the Obama-Biden presidency. This regime also saw to the proliferation of anti life and pro-abortion NGO’s in Nigeria but most have since died out since the exit of the duo of Obama-Biden, which dried up the source of funds and in its place is the thriving of pro-life, pro-family and population friendly groups promoting healthy activities for the good and development of Nigeria. It is interesting to note that USAID which used to be an instrument for the promotion of anti life and pro-abortion activities during the Obama-Biden administration has since become an instrument for the advancement of the good since Trump came to power.

On May 14, 2017, in honour of National Women’s Health week, Trump recognised the importance of providing women access to the best evidence-based health information and care. The following day he announced the expansion of the Global Gag Rule, previously called the Mexico City Policy. This policy (established in 1984 by President Ronald Reagan, rescinded by President Bill Clinton in 1993, re-established by President George W. Bush in 2001, rescinded by President Barack Obama in 2009, and now reinstated and expanded by Trump) requires that any overseas organisation that receives US aid cannot for abortion, even if they use foreign funds to do so. In 2019, the US rejected part of a UN resolution designed to help women, because it included a statement that women should be given the option of a safe abortion. The US representative Jason Mack told the UN Human Rights Council that President Donald Trump’s administration “does not recognise abortion as a method of family planning nor do we support abortion in our reproductive health assistance “. Bishop Alfred Rotich, head of the Kenyan conference of Catholic Bishops at that time, commenting on the United Nations International Conference on Population and Development taking place in Kenya said “we find such a conference not good for us and it has a destroying agenda for life. There will be about 10,000 people here and we know what they are for, they are not pro-life but they are 10,000 abortionists. They are practitioners of what is against life. Their coming here is to endorse wrong policies”

Shortly after the American Supreme Court ruled in favour of Little Sisters of the poor in Little Sisters V. Pennsylvania on July 8, Biden said he was “disappointed by the decision and promised to reinstate Obama-era policies requiring the Sisters to provide birth control, sterilization, and abortificients drugs to employees in violation of their religious beliefs and consciences. Shortly after his election as Vice-President, the then Bishop of his home town of Scranton, PA, rebuked Biden for his views on Abortion thus, “I will not tolerate any politician who claims to be faithful Catholic who is not genuinely Pro-life. No Catholic politician who supports the culture of death should approach holy communion. I will be truly vigilant on this point”. In October 2019, Biden was refused communion at a Catholic Church in South Carolina. The Priest denied Biden communion in accord with a 2004 diocesan policy that prohibits politicians who have been supportive of legal protection for abortion from receiving the Eucharist. At the time Biden was denied communion, his website stated that one of his priorities as president would be to “work to codify Roe V. Wade into federal law” and that “his Justice Department will do everything in its power to stop the rash of state laws that so blatantly violate the constitutional right to an abortion”, including law requiring waiting periods, Ultrasound and parental notifications of a minor before abortion.

Biden’s website also states “Vice President Biden supports repealing of the Hyde Amendment”, as explained below. He also pledged to restore federal funding for Planned Parenthood that had this to say about him “He has spoken out for LGBTQ+ rights. Biden has committed to champion access to sexual and reproductive rights- including access to abortion. When he left Senate, Vice President Joe Biden had a 100% voting record from Planned Parenthood Action Fund”. Obergefell (a woman involved in a gay marriage to another) who was the plaintiff in the historic 2015 case that made gay marriage legal and Judith Kassen-Windsor, the gay marriage “widow” of the plaintiff whose case in 2013 rendered the Defense Against Marriage Act illegal had this to say about Biden. “We won that fight for the freedom to marry because of an ally in the White House, Joe Biden”, calling Biden, the LGBTQ Community’s “greatest ally”.
In an NBC town hall, Biden addressed the possibility of Judge Amy Coney Barrett overturning Roe V. Wade if she is confirmed as a supreme court Justice. “Number one, we do not know what she will do, although, the expectation is that she may very well move to overrule Roe. And the only thing, the only responsible response to that would be to pass legislation making Roe the law of the land. That’s what I will do”. Since 1977, Biden has always supported Hyde Amendments which forbids the use of federal funds to fund abortion. However, in June 2019, during his campaign for nomination as the democratic presidential candidate, he announced his change of mind and dropped his support for the Hyde Amendment. In order words, he changed his mind from a long held opinion consistent with his faith as a Catholic to another diametrically opposed to it, which guarantees the use of federal money to fund abortion.
In the light of the above abominable actions of candidate Biden, I do not have any doubt in my mind that anyone who knowing these facts about this man, chooses to ignore them and still goes ahead to vote for him or put his support behind him in any way whatsoever, will definitely have much to answer before God on the last day.
––Dr. Asogwa Felix, a medical practitioner, lives in Victoria Island Lagos. 080338064