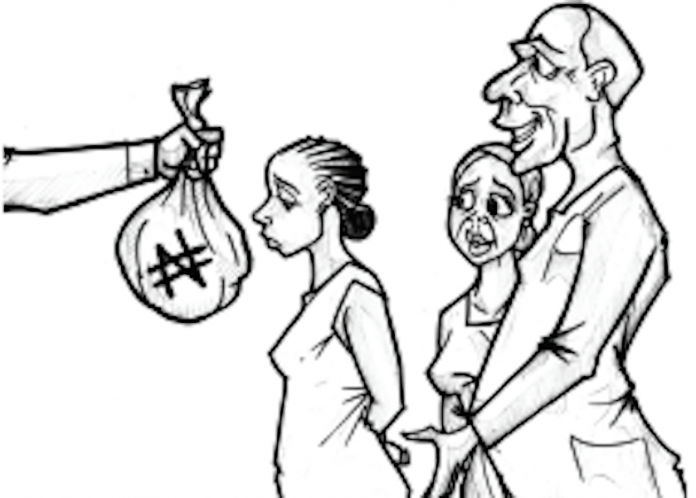 Despite all the campaigns, child marriage is still an overwhelming challenge in Nigeria. Many of our young girls, particularly in the northern part of the country, are still married off before attaining the age of 18. Recent data revealed that about 17 per cent are married before their 15th birthday. The Northwest has the highest prevalence of 76 per cent, while it is about 10 per cent in the Southeast.

We cannot be tired of drumming the point that too many children and young people are being left behind, especially when it comes to education. This is a menace that will boil over except there is a proactive action by those in authority to redress it. Many of these girls given out in early marriage are of poor background where the parents struggle to provide the basic needs of the family. Among other factors responsible for child marriage are ancient cultural traditions, religious and social pressures and illiteracy.

The Child Rights Act, which was passed in 2003, sets the age of marriage at 18. The Ministry of Women Affairs and Social Development in 2015, formed a technical working group aimed chiefly at ending child marriage, by “raising awareness and encouraging behavioural change”. Child marriage is a manifestation of gender inequality, reflecting social norms that perpetuate discrimination. In most instances, girls forced into early marriage, do not know and may have never met their groom. The act is a violation of human rights and young girls who marry as children are more likely to drop out of school and have limited independence. Sadly, in Nigeria, more than half of the underage children have husbands who are sometimes older than their fathers.

While a 2017 World Bank estimates revealed that child marriage costs Nigeria $7.6 billion in lost earnings and productivity on annual basis, the United Nations Children’s Emergency Fund (UNICEF) has ranked our country as having the third highest absolute number of child brides put at more than 3.5 million and the 11th highest prevalence rate in the world.

Child marriage does not only steal the future of those involved, it violates their right and increases their reproductive health risk. It is therefore no surprise that Nigeria has the highest rate of fistula in the world. The disease affects young women whose pelvises are not mature enough to accommodate the passage of a child. This causes uncontrolled urination and defecation.

This arbitrary practice is the cause in elevated cases of brides who resort to killing their supposed husbands mainly by poisoning as the marriage is not consensual and contractual as demanded by law. Though there is a public outcry against underage marriage and attempt to prohibit it by amending section 29, sub section 4 of the constitution, the practice, however, continues with the risks it poses. Some states and influential political figures have doggedly opposed the attempt by insisting on the status quo, on the pretext of religion.

We call on government to address this menace in view of its consequences on women and the socio-economic development of the country. A bride child is denied her right to education thus restricting both her development and the contribution she could make to the society. It also places restriction on her labour market participation and compounds global efforts to eliminate poverty. Beyond all these, we are particularly concerned that early betrothal places child brides at risk of widowhood at early age as they are significantly younger than their husbands. That risk subjugates them to economic and social challenges for a greater portion of their lives, compared to women who get married as adults. That is aside other negative consequences.