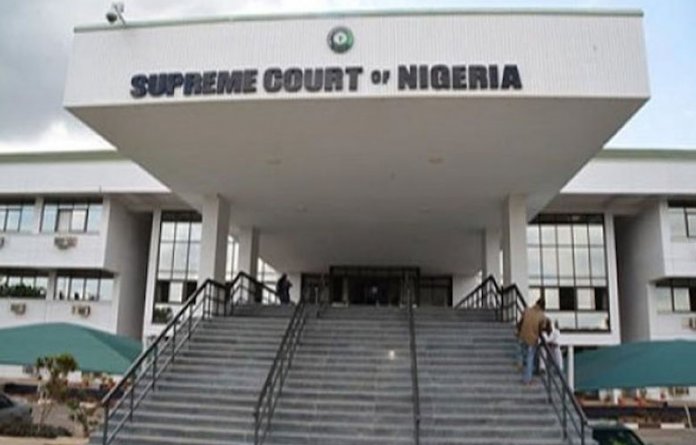 In a matter that has been likened to the infamous Process & Industrial Development Limited (P&ID) scam, the Supreme Court is set to hear a case involving the apex bank, Central Bank of Nigeria (CBN) and Union Bank of Nigeria (UBN) against Petro Union Oil and Gas Company Limited (Petro Union), over an alleged £2.556 billion attempted fraud.

Incidentally, the directors of Petro Union will also on Wednesday face criminal charges at the Federal High Court in Lagos on the same matter, which has been established by the EFCC as an attempt to defraud CBN, UBN and indeed, the Federal Republic of Nigeria.
The case has garnered public attention especially because the alleged attempt by Petro Union, to swindle the CBN and UBN of £2.556 billion is strikingly similar to the P&ID directors’ efforts to defraud Nigeria of $10 billion.

Prior to the delivery of the UK judgment, there was apprehension in Nigeria that the UK Court could favour the claimant (P&ID), a British Islands company, which had also corralled the support of some highly placed Nigerian government officials and lawyers who worked against the interest of Nigeria in deliberately failing to put forward a good defence for Nigeria for pecuniary gains.
These fears were, however, laid to rest when the UK Court in its wisdom, having reviewed the case on its merit, delivered justice in the matter and awarded more than £1.5 million fine in favour of Nigeria.

All eyes will now be on the Supreme Court of Nigeria to deliver a sound decision in the Petro Union case, given that the judgments in favour of Petro Union at the lower courts were allegedly obtained by fraud.

With growing cynicism, given a series of controversial judgments in some recent political disputes, court watchers are concerned that the outcome of the case, which should be unambiguous, remains uncertain.
However, with the multiple reforms going on in the judiciary and the appointment of seven new justices to the Supreme Court Bench, substantive judgment, in this case, will signal a new dawn for the courts and further entrench the anti-corruption war of the President Muhammadu Buhari-led government.

Petro Union’s antics began in 1994 when the company allegedly fraudulently procured a cheque from a branch of Barclays Bank in the UK with a value of £2.556 billion and presented it at one of Union Bank’s branches in Lagos, under the pretext that it was meant to construct three petrochemical refinery complexes in Nigeria and establish a bank. While the required due diligence investigations were being carried out, one Mr. Okpala, the Managing Director of Petro Union, inundated the bank and the CBN with visits and demands for the release of the cheque.

Eventually, both the CBN and Union Bank advised Petro Union that Barclays Bank in the UK had been contacted and it confirmed that the cheque could not be given value to because the company that purportedly issued the cheque dated 29 December 1994 (a company, known as Gazeaft Limited) did not exist on the Register of Companies in the UK. The response similarly affirmed that the account on which the cheque was drawn was closed on 21st September 1989 whereas the cheque was issued on 29 December 1994 – five years after the account was closed.

Despite the foregoing startling discovery and decisive response, Petro Union and Isaac Okpala persisted with their demands and this culminated in a petition by the company to the Lagos office of the EFCC, for alleged offences of stealing and criminal conversion against the CBN and Union Bank.

In support of this startling claim, Petro Union alleged that the money is kept in an account in the name of a company called Goldmatic Limited at the CBN and tendered a purported CBN Statement of Account of Goldmatic Limited.
The Federal High Court, Abuja judge before whom the claim was filed, Justice Abdul Kafarati accepted the purported CBN statement of account as conclusive evidence that CBN had retained the money alleged to belong to Petro Union, ignoring the elementary fact that globally a central bank cannot open an account for a private entity – the CBN is statutorily empowered to act as bankers to government and bankers to banks.

Although Petro Union and its directors allegedly knew these facts to be false from the onset, yet they pursued the so-called fraud up to the Court of Appeal where they obtained judgment to establish that the £2.159 billion was lodged in the coffers of the Central Bank of Nigeria.

The CBN and the Union Bank subsequently appealed to the apex court to set the case aside, urging the court to deliver justice especially when the truth of the alleged fraud had been uncovered following the arrest, detention and ongoing criminal prosecution of Petro Union and its officers at a Lagos Federal High Court.
Also, the facts before the Supreme Court have exposed the fact that Petro Union allegedly obtained the two judgments at the Federal High Court and the Court of Appeal based on facts which were not only predicated on falsehood but which have criminal implications.
These facts, if not carefully dissected by the Supreme Court may occasion a miscarried justice capable of ruining the nation’s fledgling economy.

The judgment obtained by Petro Union at the Federal High Court in 2014 for the sum of £2.556 billion also carries an interest of 15% per annum from 22nd June 1995 until payment. Today, that judgment sum together with interest is in excess of £12 billion (about $15.5 billion) – this is 50% more than the award in the P&ID case and represents 44% of Nigeria’s foreign reserves today!
If upheld, the judgment will throw Nigeria into immediate bankruptcy as the country will not be able to meet its debt repayment obligations, pay for imports into the country and will result in a cataclysmic upheaval of the Nigeria financial system such as has never been seen before! And all this because of the antics of a little known company currently standing criminal trial for fraud aided by a fraudulently procured judgment.
Surely, the Supreme Court will stand up to be counted in this case and uphold the age-old maxim that equity will not permit the law to be used as an instrument of fraud.